Robert’s hometown is Ipoh, Malaysia – the same hometown as the famous Malaysian Actress Michelle Yeoh who found fame in Hong Kong as well as in Hollywood with films like “Crazy Rich Asians” and as a James Bond Girl.

Before leaving for studies overseas in 1977, Robert was strongly advised by his Chinese Malaysian parents to emigrate overseas and not to come back for good.

He didn’t follow his parents’ advice twice to the their disappointment but to the benefit of Malaysia in general.

Like many middle-class Chinese Malaysian families and non-Malay families, it is an open secret that Non-Malays do not have the unfair advantage of affirmative action of Malays. For example 90% of most national government universities are for Malays only. And for UiTM, the administration proudly defend its racist and non-ICERD policy of not allowing any non-Malays even after 61 years of independence of Malaya from Britain.

Other glaring examples of racial discrimination are the armed forces (Military, Navy, Airforce, Police) are filled by more than 90% Malays; nearly all GLCs (government-linked companies) are headed by Malay CEOs and Malay Company Directors; most Ministers are Malays; some property are offered at 5% cheaper for Malays.

Robert Kuok wrote about this racial discrimination in his revealing “Robert Kuok Memoirs”. It was well known by commentators that Robert Kuok moved his headquarters from Kuala Lumpur to Hong Kong after a series of being forced by the then Prime Ministers to sell or give up his shares of several top corporations to Malays

Read more: Robert Kuok’s Memoirs about excessive handicapping of bumiputras, and the unfair, robbery of 30% shares from Non-Malays.

In two distinct periods, Robert Chaen returned to Malaysia, his home country to answer the Call to nation-building.

Robert got involved in Brahma Kumaris (BKs) when his brother Tom drove from Sydney to Melbourne to tell him about BKs. BKs believed that the world would end ‘soon’ in 1986.

So Robert gave up his studies in Swinburne University, Melbourne, to establish Brahma Kumaris. At the same time, he worked in J Walter Thompson Advertising as a Copywriter while giving classes and talks on BK teachings on evenings and weekends.

His Second Period of Nation-Building in Malaysia (2006-present, 13 years):

Robert married Brenda José in 1996 and had two marriage celebrations. The first one was in Hong Kong Park on 27th
April 1996, and the second in Robert’s hometown Ipoh on 25th May 1996. Together they tried to bring Robert’s signature training programs including the FireWalk to Malaysia for 2 months during their Ipoh marriage celebrations. But this time they were too ahead of their time, so they aborted the plan to expand business in Malaysia.

After visiting Malaysia a few times, Brenda proposition Robert to move the administrative back office to Malaysia. Within less than one month, they moved the whole operations with furniture and their pet Golden Retriever SunDance to Damansara Jaya, a suburb in Petaling Jaya around Christmas 2006.

●  As CEO of Movsha, and the Show Host of Movsha Influencers Show, Robert has interviewed and promoted local Malaysian Entrepreneurs.

● As CEO of BorneoHunter Executive Search, his BorneoHunter team has recruited successfully for DKSH, Innit, and other MNCs.

● As Copywriter, Robert has worked in J. Walter Thompson Malaysia and serviced top brands such as Malaysia Airlines, DKSH, and other top 100 Malaysian Brands.

●  As the Founder of Purple Youth CSR, Robert and his Purple Youth Team has raised funds for various CSR intiatives, and Bounce Back Malaysia.

Bounce Back Malaysia was created by Robert Chaen to encourage Malaysians to bounce back after two Malaysia Airlines disasters (MH370, MH17) and one AirAsia aircrash (QZ8501)

As the Founder of Bounce Back Malaysia, Robert co-organized and was the MC for The Journey Event. The 3 Keynote Speakers were Tun Dr. Mahathir, Siti Nurhaliza, and Kamarudin Meranun, Chairman of AirAsia.

The Journey event was 2 weeks after Tun Dr. Mahathir & Tun Dr. Siti Hasmah appeared controversially for the first time to openly support BERSIH 4 Street Protest in 2015. Those were the early days before Tun joined the then Opposition Coalition.

As the Co-Organizer & Sponsor Bounce Back Malaysia (a ChangeU CSR initiative) and MC-Host, Robert and his team were sacred that no one would dare to be seen to attend this public event. But back then in 2015 just about nobody wanted to be near Tun Mahathir.

Many corporations, GLCs, Government Departments and Universities were quietly advised to boycott and not to attend the event. Thankfully it turned out to be a success with around 900 attendees.

People told them then they were too stupid, crazy, and risky to co-organize an event with Tun M. But what a huge difference 3 years makes. No one could predict then that Tun M would join the Opposition, be accepted by his prodigy turned arch-enemy Anwar Ibrahim, and be the PM nominee – crazy idea but now it’s history!

Up to the 14th General Election on 9th May 2018, Robert wrote many critical articles about the corruption of the then ruling party UMNO and BN, and ex-PM Najib Razak’s alleged US$4.5 Billion kleptocracy case called 1MDB.

As the Host of The Afterlife Channel, Robert has written numerous articles and YouTube videos about Malaysia’s Triple Aircrash Disasters MH370, MH17, and QZ8501. 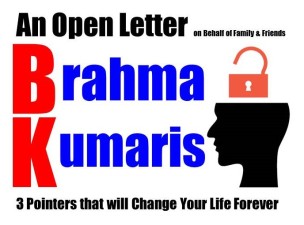 ● As Co-Founder of Brahma Kumaris Malaysia (Raja Yoga Meditation Centres) together with his brother Tom and being teh World’s Second Chinese BK, Robert built one of the most successful religious organizations in Asia. He spearheaded CSR and United Nations’ NGO programs such as Million Minutes of Peace and Global Cooperation.

NIOTE: Robert served Brahma Kumaris for 10 years, mainly in Malaysia and Hong Kong (1979-1989). He has since left BKs, and in 2018 he blew-whistle on BKs in the hashtag #MeTooBrahmaKumaris.

●  As CEO of Wentures Capital, Robert and his Wentures Capital Team will match Investors with Projects. He will establish Wentures Capital and his two International Travel Ecommerce HeadQuarters in Sheung Shui, Hong Kong with an Administration Back Office in Kuala Lumpur. He aims to open up three markets: Malaysia, Hong Kong, and China markets.

~ Written by Whisperer Robert Chaen
(in a third party perspective)