This is a true story about an Overseas Chinese Malaysian becoming a big fish in Hong Kong and then returning to give back to Malaysia but still remaining a small fish after 13 years. It is about a proud Malaysian issuing a clarion call to young and old Malaysians to join the movement to break the 61-year old Non-Malay Glass Ceiling of Malaysia.

His name is Robert Chaen aka The Whisperer.

Like Robert Kuok, Malaysia’s richest tycoon who was born in The Year of The Pig, Robert Chaen, another ‘pig’ will be moving back his Strategic HeadQuarters from Kuala Lumpur to Hong Kong in 2019, while expanding his global e-commerce back office in Kuala Lumpur.

Robert’s hometown is Ipoh, Malaysia – the same hometown as the famous Malaysian Actress Michelle Yeoh who found fame in Hong Kong as well as in Hollywood with films like “Crazy Rich Asians” and as a James Bond Girl.

Before leaving for studies overseas in 1977, Robert was strongly advised by his Chinese Malaysian parents to emigrate overseas and not to come back for good.

He didn’t follow his parents’ advice twice to the their disappointment but to the benefit of Malaysia in general.

Like many middle-class Chinese Malaysian families and non-Malay families, it is an open secret that Non-Malays do not have the unfair advantage of affirmative action of Malays. For example 90% of most national government universities are for Malays only. And for UiTM, the administration proudly defend its racist and non-ICERD policy of not allowing any non-Malays even after 61 years of independence of Malaya from Britain.

Other glaring examples of racial discrimination are the armed forces (Military, Navy, Airforce, Police) are filled by more than 90% Malays; nearly all GLCs (government-linked companies) are headed by Malay CEOs and Malay Company Directors; most Ministers are Malays; some property are offered at 5% cheaper for Malays.

Robert Chaen is no angel but this “Prophet” is not accepted in his home country, Malaysia.

Brenda was Robert’s Muse for his creativity in learning design, writing, and speaking.

Brenda was Robert’s rudder, and Robert was Brenda’s anchor.

What the symbolism means is the rudder is about directions, strategies, and planning to fly freely, whereas the anchor is about being centered and grounded on love, truth, and empowerment. 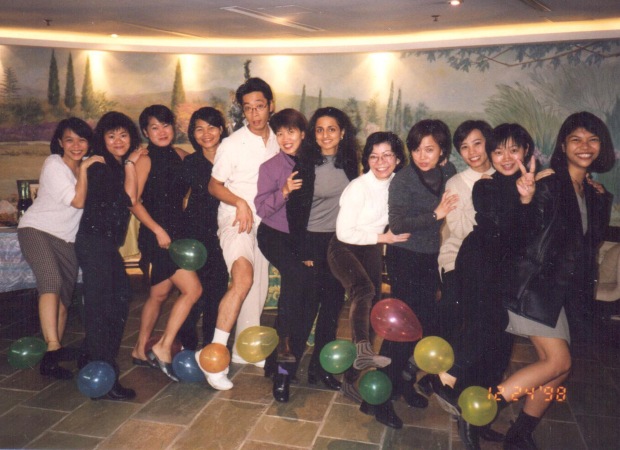 Robert asked Brenda to join him as his Business Partner and Co-Coach in 2000 – 4 years after their marriage. At that time Brenda was the number one Consultant and Team Leader in Renewal Day Spa, the biggest and most innovative spa in Hong Kong. She was earning US$10,000 per month in the spa.

The first question Brenda asked Robert was what was his vision for his organization, ChangeU. He simply replied “to be Asia’s number 1 change coaches”.

She asked him again if he was sure and if he was willing to be pushed and pulled to achieve his lofty goal. He confirmed his aspiration. The first few years were the hardest as Brenda was tough as nails as the Alpha Female.

Against all odds, Robert had major breakthroughs to sign up and coached all of the three most prestigious “Hongs” (the oldest British trading companies):
1. Jardines – the parent company of Dairy Farm, one of world’s largest retail group and its subsidiaries such as Wellcome, 7-Eleven, and Mannings which is Guardian in Malaysia.
2. Swire – the parent company of Cathay Pacific.
3. Hutchison Whampoa – owned by Li Ka Shing.

In fact 2003 later turned out to be one of his best years when he signed up Hong Kong’s oldest establishment – the Hong Kong Jockey Club, and became one of his biggest clients.

In five short years after Brenda Jose joined Robert in ChangeU as his Co-Coach, the business skyrocketed.

Robert Gives Back to Malaysia

Then towards the end of 2005, Robert had a strong calling to give back to Malaysia by transferring his expertise he learnt in USA, Hong Kong, China, India, Singapore, and Australia to Malaysia.

Against the advice of his parents and peers that the sacrifice is too great, Robert moved his administrative back office from Hong Kong to Malaysia.

But immediately he felt discriminated against because he is not a Muslim Malay.

Unlike Hong Kong where it is one of the top 3 most free trade markets and a fair and equal playing field based on meritocracy, Robert was constantly hitting the unfair Non-Malay Glass Ceiling of Malaysia.

Although he gave his professional tailor-made recommendations, gave free VIP seats for public workshops, and significantly reduced his international standard rates, he could NOT sign a single Government-Linked Corporation (GLC) such as FELDA, Petronas, Tenaga Nasional, Malaysia Airlines, DRB-Hicom, Sime Darby, and Telekom Malaysia (but he did successfully coach TM’s biggest subsidiary VADS with Brenda).

Although Robert could sign up the very biggest conglomerates, Hongs, and top global brands and was considered a Big Fish in Hong Kong and China, but Robert and his organization simply could not grow into a Big Fish in Malaysia because of the racial and religious discrimination and affirmative actions of the Badawi, Najib and past UMNO-based Administrations.

Read about Robert Chaen’s Story about Answering Twice to The Call to Nation-Building in his Home Country, Malaysia.

Before returning to Malaysia for the second time, Robert thought that if he can become a big fish in super-competitive and super-expensive Hong Kong in 5 short years, he would become a whale in Malaysia in no time, but the reality is…

In summary, Robert remained a SMALL fish in Malaysia for 13 years by the end of 2018.

Is there Any Way to Break the Non-Malay Glass Ceiling in Malaysia?
This is the hardest 61-year old question since Malaya declared independence on Merdeka Day on 31st August 1957.

The answers lie in both private and government sectors, and  on the Malaysian Youth to build a New Malaysia after the Second Merdeka which happened on 10th May 2018, a day after the 14th General Election.

After a total of 20 years of nation building for Malaysia (in two periods: 1981-1987; 2006 to present), Robert felt he had contributed enough to Malaysia, and will continue to do so in his little ways until he is too old.

Now that the world’s oldest ruling Barisan Nasional government was voted out, he felt that New Malaysia is in the good hands of the current Prime Minister Mahathir and his future successors in Pakatan Harapan coalition.

Robert wrote many critical articles in online news such as the defunct Malaysian Insider and Free Malaysia Today – critical of the Najib Administration, the 1MDB scandal, racial and religious discrimination.

However, Robert felt he needed to change the game, shift the paradigm, and focus on the world stage and global e-commerce while bringing FDIs (Foreign Direct Investments) to establish their back office and factories in Malaysia as Malaysia still has the unfair advantage of proficiency in English, solid infrastructure, affordable salaries, reasonable office rental (compared to Hong Kong), and stable political foundation.

Robert and his Wentures Capital Team will match Investors with Projects. He will establish Wentures Capital and his two International Travel E-commerce HeadQuarters in Sheung Shui, Hong Kong with the Administration Back Office in Kuala Lumpur.

Therefore, Robert and his team and associates will build tow different castles on both sides of East Asia and South East Asia. One castle in Hong Kong-Shenzhen ‘Silicon Valley’ in Sheung Shui, and the second castle in Malaysia – with a ‘symbolic virtual bridge connecting the two castles.
This is in alignment with Jack Ma’s first Digital Free Trade Zone (DFTZ) in Cyberjaya, Malaysia’s Silicon Valley in 2017 – outside China. 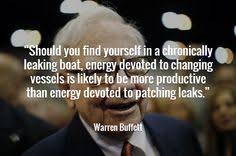 And the best way Robert can further contribute to nation building is to be OUTSIDE & ABOVE the Malaysian System – for him to strategize from Hong Kong, his Second Home-Base while still having his teams in Malaysia, and around the world.

It’s easier to build a New Malaysia by maintaining the rule of law, a secular society, and letting go of racial and religious politics and mind control.

Will YOU join Robert’s movement to break down the Non-Malay Glass Ceiling of Malaysia – in a tiny way or make a big difference in Malaysia?

It’s time for The Whisperer Robert Chaen to set up his Hong Kong-Shenzhen E-commerce Platform in Sheung Shui, Hong Kong, click here to read about: