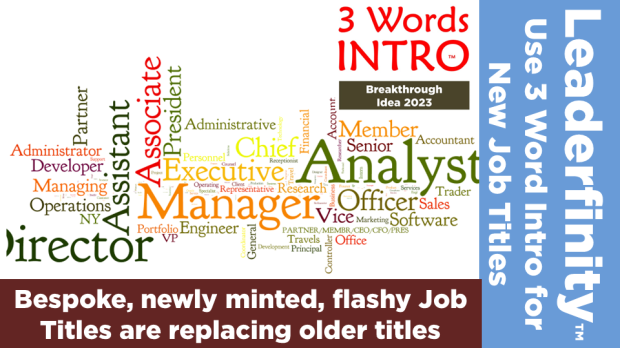 Employees’ roles and seniority have generally been defined with straightforward terms. But new – even somewhat arbitrary – titles are emerging as work changes. What’s the harm?

However, job titles are yet another feature evolving in the changing world of work. Labels like ‘chief visionary officer’, ‘chief innovation evangelist’, ‘business development guru’ or ‘chief remote officer’ are emerging, making the traditional system seem too rigid, and perhaps even stale.

On the surface, there may seem little harm in altering what an employee is called, or creating new titles entirely. After all, as work becomes more flexible, job functions and the way we describe them are changing, too. In many ways, these new titles reflect the evolving times; they’re empowering some employees to discover new talents, or feel a heightened sense of belonging.

Yet there’s a reason why traditional job titles have endured for so long – and why loosening the rules around them to create arbitrary titles may not always be the best approach.

Job titles serve many purposes. In general, they’re clear and indicative of the employee’s seniority and responsibilities. For example, it’s largely accepted that assistants are below associates, who are below directors, who are below vice presidents, who are below CEOs. Clear-cut titles signal hierarchy and responsibility, and illuminate a path to earning status and promotion. They’re also how workers look for appropriate roles when they’re job hunting, and what recruiters hinge their searches on.

While most industries have traditionally had some iteration of these status indicators, this is especially the case in hierarchical industries, where an employee’s title matches their rank in an organisation across companies.

The legal field is a key example. “Traditionally, career progression in law is from trainee solicitor, to solicitor, to associate, salaried partner and then equity partner in most firms,” explains Rustom Tata, partner and chairman of London-based DMH Stallard. “It conveys relative seniority within a particular firm’s view as to the employee’s experience and development.” While many law firms have added new layers to their organisational structure in recent years through “senior associate”, “managing associate” and “paralegal”, adds Tata, the language of job titles and where they rank in a company remains clear and understood across the industry.

However, although job titles may be fairly entrenched in industries like law and finance, they are evolving in many other industries, especially creative ones. In less rigid settings, employers have nearly free rein to create job titles for employees, whether new or newly promoted. These new titles can serve as recruitment or retention tools – and even grab attention from clients.

This was the case for Lennie Hughes, whose official job title is ‘head of hype and culture’ at Truant, a London-based creative advertising agency. This was not initially the title for which the company was recruiting; the position was officially advertised as a more traditional ‘head of marketing and new business’. But, says Hughes, as he interviewed, what shined through was his strong people skills and natural culture fit – rather than traditional marketing experience.

While marketing and new business are still in Hughes’s remit, he says the new title suits him better – he feels it’s “innovative”. He also acknowledges it’s not without strategic benefit. “If my job is all about getting attention, then the title should do that, too.”

Experts and employees alike say there can be an upside to flashy, even somewhat arbitrary job titles.

In one sense, explains Pawel Adrjan, director of EMEA economic research at the hiring platform Indeed, based in London, altered job titles can help make an employee feel more valued at a company. He cites Indeed data, seen by BBC Worklife, showing “people” is outstripping the traditional title of “human resources”; similarly, the standard title of “talent acquisition” is up 75%, while “recruitment” is down 19% since 2019. Similarly, language like “client success” and “customer success” in job titles is replacing “sales”. 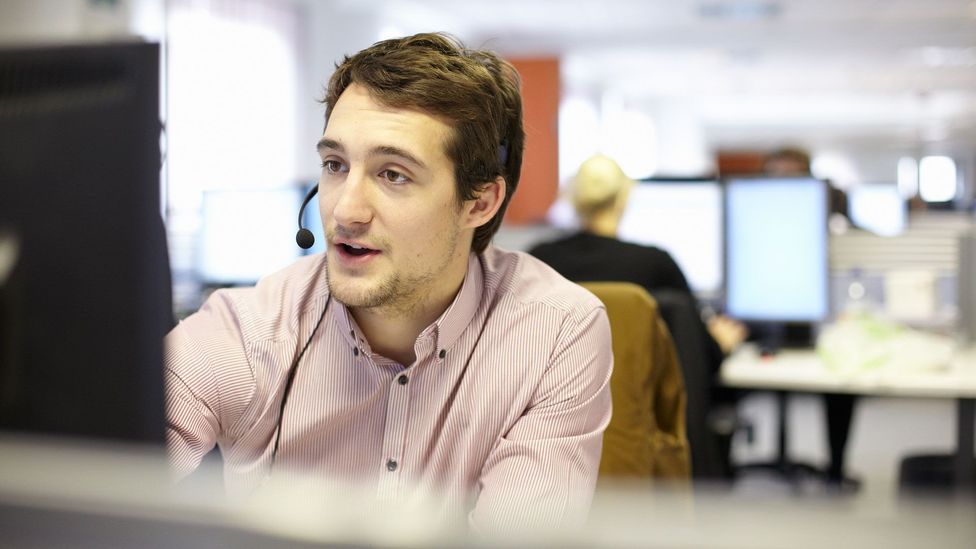 “‘Human resources’ can sound bureaucratic,” says Adrjan. “By instead using ‘people’ in the title, employers can say they invest in people. Through this language, companies are trying to show they value individuals as customers and partners, rather than resources to exploit.”

They can also be exciting for employees, who feel empowered by bespoke, newly minted titles. “It massively boosts your confidence,” says Hughes. “They’re putting faith in your skillset, saying they’ll do everything in their power to create an environment in which you can thrive and develop.” He adds that because many job paths are no longer linear, traditional titles “can feel restrictive”.

From the recruiter’s standpoint, they can help lure workers by signalling a progressive, even fun culture. These vague-but-flashy titles can also help companies tap a broad candidate pool. This may be especially useful in a tight job market, says Adrjan. “When hiring is so competitive, employers have to do more to stand out from the crowd: from offering pay, benefits or even job titles.” It is, as Hughes points out, “a PR move”.

However, the downsides of new monikers can be significant, too.

First, they can sometimes be fluffy and meaningless, leaving workers with a grandiose title – but little guidance as to what their job actually entails. “As opposed to ‘barista’ or ‘HGV driver’, ‘team member’ has become popular as a branding exercise,” says Adrjan. “It suggests the candidate will be a valued member of the business, but it conveys no information as to the occupation.”

And ultimately, when a non-descriptive, inflated job title is used as a costless recruiting tactic to boost worker ego, this ambiguity can lead to a mismatch in expectations between employer and employee. At the extreme end, this could lead to jobs being oversold, placing workers in a tough position where they end up in a role that doesn’t match what they thought was promised.

Unfamiliar titles may also hinder workers when they eventually look for new jobs. Adrjan points out that accurate, descriptive titles with simple and specific language help jobseekers find vacancies that are actually right for them. Rebranding jobs can “go too far”, he says: if the titles become “too generic and vague”, jobseekers may have a difficult time trying to match their employment experience to available roles.

Recruiters, too, may not be able to identify the right candidates for new roles, with job titles that are, in effect, meaningless outside an organisation. It can also put candidates on the back foot if hiring managers do reach them. “Having an extremely uncommon word in a title may mean a worker finds it hard to explain their job to recruiters,” says Adrjan.

Regardless, as the nature of work changes, both in terms of how organizations function and the kinds of roles they create in response, it’s likely we’ll keep seeing new, unconventional titles emerge. But worker beware: as flattering and enticing the inflated job title may seem, there are downsides to consider.

Hughes says he’s still defining his new role. “We’re still feeling out what ‘hype and culture’ means on a daily basis,” he says. But he’s pleased with the choice, and optimistic about how he can grow alongside his one-of-a-kind title. “It has a broad definition,” he says. “It makes the possibilities limitless.”

Robren is aligned with other influential management thinkers like Simon Sinek to use Chief Visionary Officer. From the experiences of Talent Searchers (replacing Recruiters), there are many instances when a job title can attract or reject a candidate. Take the case of the job title of F&B Manager vs. Restaurant Manager, with the former appearing more attractive and appealing, even the salary is the same.

WARNING: Non-descriptive or vague titles are not useful, and should not be used. Rather use Robren’s signature 3 Words Intro or Descriptive Category Method for better, matched Job Titles.

Learn about Job Titles, Design and Words of your Business Card, How to Introduce Anything in 3 Words or Less in the upcoming “3 Words Intro” MasterClass: https://tinyurl.com/3WordsIntro