Why You Should Root for the Uber I.P.O. to Fail

The fate of Uber’s stock is a verdict on the winner-take-all venture capital model that dominates Silicon Valley.

By Mihir A. Desai

Mr. Desai, a Professor at Harvard Business School and Harvard Law School, is the author of “How Finance Works.”

Uber’s initial public offering — the biggest in a year of blockbusters — is yet another chance for Uber and its detractors to sell their competing ideas of what this company represents.

As it heads toward a valuation of about $90 billion — nearly the combined value of General Motors and FedEx — Uber is packaging its new image as a socially oriented company led by a contrite chief executive facing an enormous potential market that it has only begun to explore. Skeptics see a company with significant legal exposure, a corrupt culture, declining profitability and slowing growth that has forced it to make an awkward pivot to less attractive businesses such as Uber Eats and Uber Freight.

This clash of visions is why I.P.O.s are so much fun. But the Uber I.P.O. also signifies something deeper about changes in the entrepreneurial world that fuels the global economy. The most amazing part of Uber is not the magnitude of the losses that it has sustained — more than $10 billion in operating losses over the last three years — but that pre-I. P. O. investors have been willing to fund those losses by pouring in capital on an unprecedented scale, in the hope that they will reap the rewards when the stock enters the public markets.

We should all root for a comeuppance for those investors, who have helped to debase the entrepreneurial system that is so important to the global economy. What would that comeuppance look like? It might look something like the performance of Lyft, Uber’s main rival, whose stock price is down 32 percent since it went public on March 29.

When Uber’s shares begin trading on Friday, many of the underwriters, institutional investors and other early investors in the company will try to sell their shares. If the price falls immediately after the I.P.O., they will be badly disappointed.

Such a “broken” I.P.O. is considered an embarrassment in Silicon Valley, and I.P.O.s are often underpriced to avoid them.

The largest of Uber’s major shareholders is SB Cayman 2 Ltd., which holds more than 16 percent of Uber shares. That investment represents the SoftBank Vision Fund, a $100 billion mega-venture capital fund that has fundamentally changed the venture financing world.

The fund, whose biggest investors are the crown prince of Saudi Arabia and the founder of Japan’s leading internet company, has been writing enormous checks — ranging from $500 million to $5 billion — to start-ups including WeWork, Lemonade, Wirecard and DoorDash. SoftBank’s presence has inflated deal sizes in the venture capital world, where rounds of financing are typically well below $100 million.

The underlying philosophy of the SoftBank Vision Fund is to create a “cluster of number one” companies that will enrich one another. The language is mystical and the strategy is vague, but, the “vision” is that the artificial intelligence revolution will offer enormous benefits to leading companies that can share their knowledge across different markets, so these companies can “win all without fighting.”

There have been successes for SoftBank, including an investment in Alibaba, the Chinese e-commerce giant. But the real verdict will be delivered in the next several years as their largest investments will come to fruition.

First, venture capital is supposed to be about finding good investments. SoftBank has made it all about size. The scale of the fund has transfixed the venture capital and investment management industries, as SoftBank makes ever-bigger and more unrealistic promises to sovereign wealth funds hoping for outsized returns.

The economics of these very large funds are irresistible. Sovereign wealth funds, like Saudi Arabia’s, are willing to offer enormous incentives to the fund managers, on top of management fees that rise far more quickly with size than their underlying expenses. When writing large checks quickly — the only way to spend $100 billion — becomes more important than finding good investments, we know this will end poorly.

This cycle — in which unsustainable start-ups make ever-larger promises to bloated venture capitalists, who promise more than they can deliver to flush sovereign wealth funds, who are too eager to believe them — distorts the allocation of capital and talent.

The rush to invest, no matter the underlying economics, diverts entrepreneurial energy toward unviable business models.

Consumers are often the beneficiaries: If you have enjoyed Uber’s discounted fares, you can thank the venture capital funds who have been willing to bankroll Uber’s fare subsidies. But when companies like Uber are valued so highly by the capital markets, investors and young people can be led astray.

Young people come to view their jobs as lottery tickets that might deliver an enormous payday, rather than as a meaningful way to find their way in the world or as an opportunity to build a sustainable organization.

And investors of all kinds, including mutual funds, begin to copy the strategy of these giant funds, dabbling in assets they know little about to chase returns.

Finally, the venture capital world will become even more clubby. That clubbiness has its virtues: strong networks of successful investors and entrepreneurs help ensure that the best opportunities are funded.

But, with the mega-venture capital model embodied by SoftBank, the advantage of larger players grows even larger. The companies with the largest funders can simply outlast others because they can sustain losses longer.

Winning requires one of the deep-pocketed players, so companies are competing on funding rather than through their products.

And when a mega-fund controls companies that are potential competitors, it might prefer less competition rather than more.

A successful I.P.O. for Uber will validate and perpetuate the mega-venture capital model, and all the distortions that it entails. Rooting for a broken I.P.O. is not easy, and schadenfreude at the expense of the billionaire class is no justification. There are many exciting start-ups and diligent investors trying to figure out which ones to fund. The healthy functioning of that market is vital to our economy. But a broken I.P.O. for Uber might help restore some sanity to the broken venture financing industry.

Mihir A. Desai, a professor at Harvard Business School and Harvard Law School, is the author, most recently, of “How Finance Works.”

The Times is committed to publishing a diversity of letters to the editor. We’d like to hear what you think about this or any of our articles. Here are some tips. And here’s our email: letters@nytimes.com.

A version of this article appears in print on May 10, 2019, on Page A23 of the New York edition with the headline: Let’s Root for Uber’s I.P.O. to Fail. Order Reprints | Today’s Paper | Subscribe 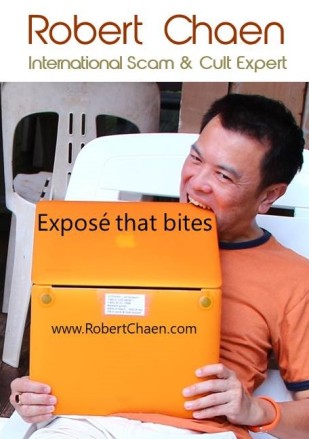 RATING:  #RobertReview (Investments; IPO; Uber; Softbank): 9.5 | 10
An excellent analysis of the Softbank’s unrealistic promises on ROI, and why the Uber IPO fail is a good lesson for investors.

Why an Uber I.P.O. Fail is The Best Lesson for Softbank’s Unrealistic Promises on ROI.