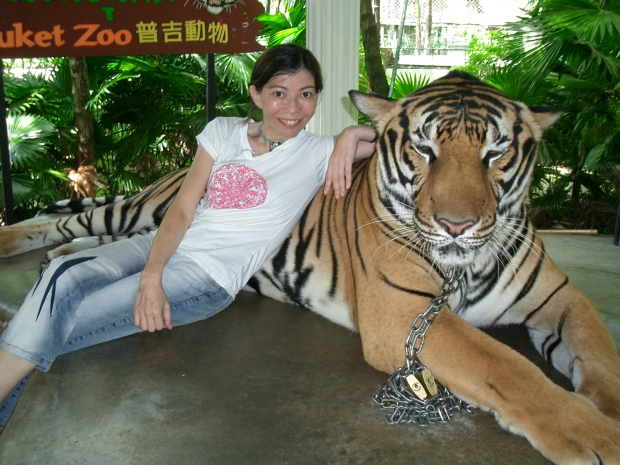 The next day after my encounter with the juvenile cobra on 5 May 2014 I shared my experience with Robin Lim, our 17 year old intern. He then shocked me by sharing that he felt Brenda’s spirit when he and another intern Hew Thong went upstairs and opened the back room in middle April.

Brenda and I used to sleep in that room. She slept there when she visited me in October 2013, 2 months before she crossed over.

Brenda was the strongest spirit presence he had ever felt in his life. He felt she is a ‘good ghost’ but he was scared about her very powerful presence. He then revealed that he is very in tuned to sense ‘ghosts’ since young like his father. I asked him when did he felt a presence and he said on the first few days of his internship when I was on vacation in Penang 8 – 12 April. But he finally confirmed it’s Brenda when he approached the back room.

He kept to himself as in most circumstances. He said he felt her presence whenever I leave the house. He felt she is protecting and keeping a close watch over the place. Brenda is Hawk medicine i.e. she is the Messenger.

I don’t see dead people
I shared that I do not see ghosts. And that Brenda is so close that I can’t tell where she is although I know precisely when she speaks to me through other staff and people. It’s an intellectual sensing through my 7 senses. I sensed Brenda’s presence within me the most when I channeling her in my writing.

I also sense other spirits the most when I’m writing about them. Some spirits who had recently been in touch with me are Karpal Singh, and MH370 Captain Zaharie.

I’m selected by an American TV producer to be the host of Realty TV series about spirit world. Soon I will travel the world to hear about people’s experiences about the spirit world and to interview world experts about the afterlife phenomena.

Update on 20 February 2016:
Another Intern Ken Teoh who does see ghosts and sense spirits also confirmed Brenda’s presence especially the back bedroom that we used to sleep in.