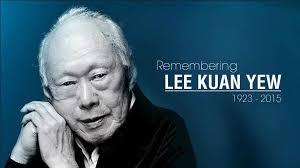 Predicting the ACTUAL Time of Death of Lee Kuan Yew.

My Crossover Soul Whisperer prediction of the passing away of Lee Kuan Yew was quite accurate – within 1 hour 18 minutes, or less.

Last Friday 20 March 2015, I had a very strong psychic premonition. I told my staff that Lee Kuan Yew will pass away the coming weekend in the early hours of Monday at around 2:00am.

The Heavy Feeling Hours before Someone who is about to Pass Away
I sensed that Singaporeans will wake up to the sad news on Monday. I had a late 10:00pm meeting on Sunday. I had that “heavy” feeling hours before someone is about to pass away. The same feeling I felt when my Dad and my wife Brenda passed away (with different intensity, and Brenda was the strongest).

My associates noticed I was “down” on Sunday night, but I did not reveal what I was going through. I was very sure the passing away will be at around 2:00am, so I stayed up and checked the latest news constantly. By 3:30am I couldn’t wait any longer I went to sleep.

About the ACTUAL and OFFICIAL Times of Death.

By then usually 15-30 minutes may have passed from the ACTUAL time of death is when the heartbeat is a flatliner. The brain may live 1-2 minutes longer and will stop functioning when there are no oxygen pumped to the brain by the heart. As it’s harder to detect brain functions without a proper ECG scan, the heartbeat flatliner is the easiest measure to know the actual time of death.

I remember a nurse sat 6 feet from the foot of the bed watching  the heartbeat machine which was near the head of the bed of Brenda.
Read full article of Brenda’s last 25 minutes, and Brenda’s heart rate hovered at 0 but she did not die yet.

In the case of the assassination of President John F Kennedy at 12:30pm, the team of  surgeons will try their best to save the President even he was known to be dead a few moments after being shot. So it could be 30 minutes before the surgeons will eventually declare the time of death. It is better to wait and to be 100% sure before doctors declare the time of death.

At 1:00 p.m., after all heart activity had ceased and after Father Oscar Huber had administered the last rites, the President was pronounced dead. President Kennedy’s death was officially announced by White House Acting Press Secretary Malcolm Kilduff at 1:33 p.m.

You may have seen films and TV drama series a scene when the key surgeon refuses to give up in saving a patient. But his fellow surgeons forces him to stop and declare the time of death. Once a doctor or surgeon declares the time to death, there will be no more trying to save the patient. There is a finality in declaring the time of death.

In ancient and recent history it was very common to declare the official time of death of a King killed in battle or a President days later until a successor was announced and the military/ police/ courts/ parliament were secure, and after a coup was squashed.

For example, the Chinese Communist party leadership delayed the official announcement of Chairman Mao’s death for about 16 hours, as there was no designated heir.