Story-telling of The Mythological Seduction by Femme Fatale 9-Tailed Fox Daji and Kitsune.

A femme fatale is a stock character of a mysterious and seductive woman whose charms ensnare her lovers, often leading them into compromising, dangerous, and deadly situations.

The phrase is French for “fatal woman”. A femme fatale tries to achieve her hidden purpose by using feminine wiles such as beauty, charm, and sexual allure. In some situations, she uses lies or coercion rather than charm.

“A femme fatale will use seduction, beauty, charm,
sexual vibes, manipulation, attention, tantrums,
and emotional coercion to get what she wants.”
~ Robert “Wizard” Chaen

Read more about What are the characteristics of a Seducer like Daji? 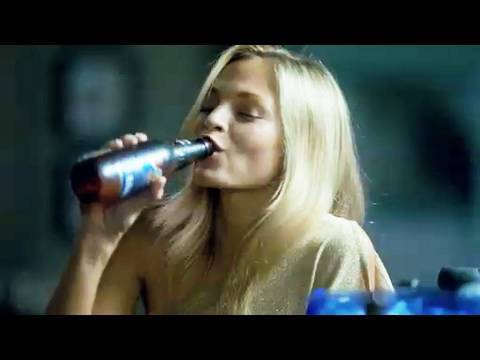 Watch a cool shapeshifting commercial (like the Seduction Prowess of a 9-Tailed Fox >
https://www.facebook.com/RobertChaen/posts/824687110994389

The divine femme fatale of Hindu mythology, Mohini is described to have enchanted gods, demons and sages alike.

The femme fatale archetype exists in the culture, folklore and myth of many cultures. Ancient mythical or legendary examples include Mohini, Lilith, the Sirens, the Sphinx, Scylla, Aphrodite, Circe, Medea, Clytemnestra, Lesbia, Helen of Troy and Visha Kanyas.

Historical examples from Classical times include Cleopatra and Messalina, as well as the Biblical figures Delilah, Jezebel and Salome. An example from Chinese literature and traditional history is Daji.

Another enduring icon of glamour, seduction, and moral turpitude is Margaretha Geertruida Zelle, 1876–1917. While working as an exotic dancer, she took the stage name Mata Hari. Although she may have been innocent, she was accused of German espionage and was put to death by a French firing squad. After her death she became the subject of many sensational films and books.

Other considerably famous femmes fatales are Isabella of France, Hedda Gabler of Kristiania (now Oslo) and Marie Antoinette of Austria.

In 2013, Tania Raymonde played the title role in Jodi Arias: Dirty Little Secret. In 2014, Eva Green portrays a femme fatale character in Sin City: A Dame to Kill For.
Academy Award-winning actress Marion Cotillard has frequently played femmes fatale, in such films as A Private Affair (2002), A Very Long Engagement, The Black Box, Inception, Midnight in Paris, The Dark Knight Rises and Macbeth. Nicole Kidman has also played a few femmes fatales in films as To Die For, The Paperboy and Moulin Rouge!. In the Netflix TV series, Orange Is the New Black, actress Laura Prepon plays Alex Vause, a modern femme fatale, leading both men and women to their destruction.

Daji: The Bad Fox Seducer
Daji or Da Ji (Chinese: 妲己; pinyin: Dájǐ), was the favorite consort of King Zhou of Shang, the last king of the Shang dynasty in ancient China. She is portrayed as a malevolent fox spirit in legends as well as novels. Her identification as a fox spirit seems to have originated from at least the Tang dynasty. These accounts have been popularized in works such as the Wu Wang Fa Zhou Pinghua (武王伐紂平話), the Fengshen Yanyi, and the Chronicles of the Eastern Zhou Kingdoms. She is considered a classic example of how a beauty causes the downfall of a dynasty in Chinese culture.

Kitsune: The Good Fox Seducer aka The Good Sex Goddess
Kitsune is the Japanese word for fox. Foxes are a common subject of Japanese folklore. Stories depict them as intelligent beings and as possessing magical abilities that increase with their age and wisdom. According to Yōkai folklore, all foxes have the ability to shape shift into men or women. While some folktales speak of kitsune employing this ability to trick others—as foxes in folklore often do—other stories portray them as faithful guardians, friends, lovers, and wives.

Foxes and human beings lived close together in ancient Japan; this companionship gave rise to legends about the creatures. Kitsune have become closely associated with Inari, a Shinto kami or spirit, and serve as its messengers. This role has reinforced the fox’s supernatural significance. The more tails a kitsune has—they may have as many as nine—the older, wiser, and more powerful it is.

Characteristics
Kitsune are believed to possess superior intelligence, long life, and magical powers. They are a type of Yōkai, or spiritual entity, and the word kitsune is often translated as fox spirit. However, this does not mean that kitsune are ghosts, nor that they are fundamentally different from regular foxes. Because the word spirit is used to reflect a state of knowledge or enlightenment, all long-lived foxes gain supernatural abilities.

There are two common classifications of kitsune. The Zenko (善狐), literally good foxes) are benevolent, celestial foxes associated with Inari; they are sometimes simply called Inari foxes. On the other hand, the Yako (野狐), literally field foxes, also called Nogitsune) tend to be mischievous or even malicious. Local traditions add further types. For example, a Ninko is an invisible fox spirit that human beings can only perceive when it possesses them.

Physically, kitsune are noted for having as many as nine tails. Generally, a greater number of tails indicates an older and more powerful fox; in fact, some folktales say that a fox will only grow additional tails after it has lived 100 years. One, five, seven, and nine tails are the most common numbers in folk stories. When a kitsune gains its ninth tail, its fur becomes white or gold. These Kyūbi No Kitsune (九尾の狐), nine-tailed foxes) gain the abilities to see and hear anything happening anywhere in the world. Other tales credit them with infinite wisdom (omniscience).

A kitsune may take on human form, an ability learned when it reaches a certain age—usually 100 years, although some tales say 50. Common forms assumed by kitsune include beautiful women, young girls, or elderly men. These shapes are not limited by the fox’s age or gender, and a kitsune can duplicate the appearance of a specific person. Foxes are particularly renowned for impersonating beautiful women.

Common belief in medieval Japan was that any woman encountered alone, especially at dusk or night, could be a fox. In modern times it could mean meeting a Kitsune in a nightspot. Kitsune-gao or fox-faced refers to human females who have a narrow face with close-set eyes, thin eyebrows, and high cheekbones. Traditionally, this facial structure is considered attractive, and some tales ascribe it to foxes in human form. Variants on the theme have the kitsune retain other foxlike traits, such as a coating of fine hair, a fox-shaped shadow, or a reflection that shows its true form.

In some stories, kitsune have difficulty hiding their tails when they take human form; looking for the tail, perhaps when the fox gets drunk or careless, is a common method of discerning the creature’s true nature. A particularly devout individual may in some cases even be able to see through a fox’s disguise merely by perceiving them. Kitsune may also be exposed while in human form by their fear and hatred of dogs, and some become so rattled by their presence that they revert to the form of a fox and flee.

One folk story illustrating these imperfections in the kitsune’s human shape concerns Koan, a historical person credited with wisdom and magical powers of divination. According to the story, he was staying at the home of one of his devotees when he scalded his foot entering a bath because the water had been drawn too hot. Then, “in his pain, he ran out of the bathroom naked. When the people of the household saw him, they were astonished to see that Koan had fur covering much of his body, along with a fox’s tail. Then Koan transformed in front of them, becoming an elderly fox and running away.”

Other supernatural abilities commonly attributed to the kitsune include possession, mouths or tails that generate fire or lightning (known as Kitsunebi), willful manifestation in the dreams of others, flight, invisibility, and the creation of illusions so elaborate as to be almost indistinguishable from reality. Some tales speak of kitsune with even greater powers, able to bend time and space, drive people mad, or take fantastic shapes such as a tree of incredible height or a second moon in the sky. Other kitsune have characteristics reminiscent of vampires or Succubi and feed on the life or spirit of human beings, generally through sexual contact.
[source: Wikipedia]

The 9-tailed fox Kitsune is the highest form of seduction by either a female or male – which no one could tell that she or he had used seduction. The more tails a kitsune has—they may have as many as nine – the older, wiser, and more powerful it is.