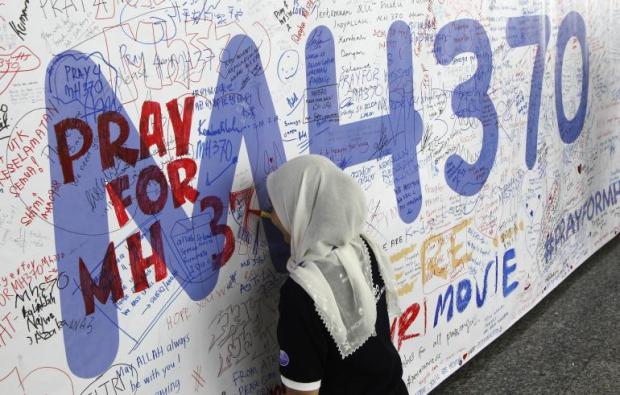 Revealing The Untold Story of how 50 Foreign Exchange UiTM Students were saved from MH370.

On the night of 6 May 2015 I was having a sleepless night. I was in one of my rare doubting moments. I had a conversation with Brenda, my Twin-Soul. I asked Brenda to show me some new signs to strengthen my faith in our Twin Souls Mission.

I’m sometimes a doubting Thomas. I still need some timely afterlife proof that I’m not imagining grandiose things, and to revitalize of my spirit from seeing disasters, tragedies, death, suffering, poverty, evil, crime, and injustice. I need to draw immense inner strength from God and Angels in order to detach and go beyond the enormous “human burden and sadness” when I’m sensing psychic premonitions, and dark times ahead; and to be positive, to inspire, to do good, and to sense good news ahead.

2 days later Brenda sends me her afterlife sign. One of my company’s interns Dyana (not her real name) told me 2 of her own incredible stories about divine intervention.

Dyana first divine intervention story was when she went scuba diving on 28 September 2013 in Perhentian Island, off Trengganu, on the East coast. It was a group dive, and all dive equipment were checked. This was her first ever dive lessons and she was on the last dive which was the deepest of all. They went deeper than 10m which means you can’t come straight up for air.

They were about 3/4 time into the group dive. She suddenly noticed that she couldn’t breathe at all. She looked at her gauge and there was 0 oxygen left! She did not panic at all and signaled to her dive instructor the “no air” hand sign. It took quite a while for her instructor to come and give her his oxygen mouthpiece and they slowly surface. The instructor praised her for not panicking. Her oxygen tank must had accidentally leaked as all the other oxygen tanks had the same amount of more than a quarter oxygen level left.

Previously there was a case where a student panicked and the senior dive instructor who had many years of experience died from the panic struggle while saving the student. So this incident could had turned deadly.

On the drive back to their hotel which was passed sunset, Dyana heard the most beautiful, celestial, and melodious Azan in her life (the Muslim call to ritual prayer from the minaret of a mosque). The azan was distinctive, but not loud. She looked around the group who were mainly Muslim women in the van and was irritated that they were laughing loudly and not observing silence which is a customary practice during azan.

She reminded her group to observe silence during azan, but they stared at her. They did not hear any azan at all! One even commented that it must be some rustling leaves.

That night, Dyana cried alone to yourself as she realized divine interventionsaved her from drowning, and the azan which she was the only one who heard it was an enlightenment moment and divine sign meant only for her soul. Her friends could not relate or understand her direct experience with God.

My own father cheated death 3 times through divine intervention. Read my article in the news.
Read about my father living longer and the impossible Guinness World Record of a fly sitting on my hand for more than 21 minutes, and the fly afterlife sign video proof.

Then Dyana shared for the first time about MH370. She was the leader of foreign exchange student group in UiTM, a local university. They planned to have a exchange student program in Beijing. After getting corporate sponsorship for 50 undergraduates including herself, she called to her travel agent to book the 50 air tickets. The agent advised her to chose MAS instead of AirAsia as it was cheaper at that period. She confirmed booked 50 MAS air tickets to Beijing on the first flight out on Saturday March 8, 2014, scheduled at 00:35 am.

A month before March 8, the student exchange program was suddenly postponed and later requested to change venue from Beijing by the university – with no reasons given. They later chose and went to Vietnam instead for the exchange student program on 12 April.

When MH370 went missing on 8 March Dyana felt the date March 8 meant something. She looked at the booking details – she had booked MH370 for March 8, 2014! She froze! For the second time she was saved by divine intervention from drowning in the sea. She did not reveal to the group about the MH370 booking for fear they might had freaked out.

Divine and angelic intervention saved the 50 foreign exchange students from death in MH370.

I had earlier shared with Dyana my story of divine intervention of my own cousin in MH370. His job role was swapped with another colleague a few months earlier and his colleague was on MH370. Because 8 March 2014 was “coincidentally” his wedding day, he would not had gone on MH370, even without the job swap. He works for Freescale Semiconductor. He recalled a “last supper” 2 weeks earlier eating with 9 of the 20 senior Freescale managers who were on a company trip in MH370.

I had goose bumps when Brenda soul whispered to me that angelic intervention saved the 50 exchange students and my cousin from MH370. Brenda made sure I hired Dyana out of hundreds of applicants so that I would hear her story as irrefutable proof of afterlife signs and angelic interventions. Brenda further revealed that there were many more angelic and divine interventions that I do not know of, and countless more to come… (I rose my doubting Thomas hands in surrender as I’ve seen the Light once again).

I shared with Dyana that I was very grateful for the angelic intervention by Brenda, but my heart also went out to the 239 people on board MH370, and the 298 of MH17.

A friend of mine wondered why a 101 year old Nepalese man was rescuedafter 7 days who has not much more time to live, when over 8,000 people and young children perished in the 25 April 2015 Nepal earthquake.

What I realized is mere humans will never understand the whys of the Universal Law of Karma and how it works. My understanding is the acts of nature such as earthquakes and accidents are not acts of God, but acts of collective and individual karma, fate, as well as acts of nature.

The return of Karma is not immediately obvious. Therefore, not all of a big disaster is the return of bad karma, many might actually receive good karma (e.g. removed from poverty, sickness, reborn in a better country, richer family, bigger life roles to play, etc.), and lastly there are many karmic life lessons to be learnt by individuals and the left behind families…

It’s humanly impossible to try to “figure out” Karma, fate, destiny, fairness, and who deserved what. That’s simply human logic. And that’s what faith and spirituality are about – a direct experience with God, Angels, and the afterlife.

“Sometimes spirituality and life are about accepting and living with the questions,
rather than judging and trying to find answers where there are no explanations.”
~ Robert Chaen

“Religions open many doors to spirituality, Angels, and God.
But religion is someone’s enlightened direct experience.
Through the open doors you have your direct experience with God only
with no human in between as God has no religion.”
~ Robert Chaen

From Robert’s Soul Whispering conversations and channeling Angel Brenda, Robert’s Twin Soul.
Previously posted as MH370 – The Untold Divine Intervention Story of 50 Foreign Exchange Students booked on MH370
Published on 10 May 2015.
Updated on 8 March 2016.
You are most welcome to share this divine intervention story.