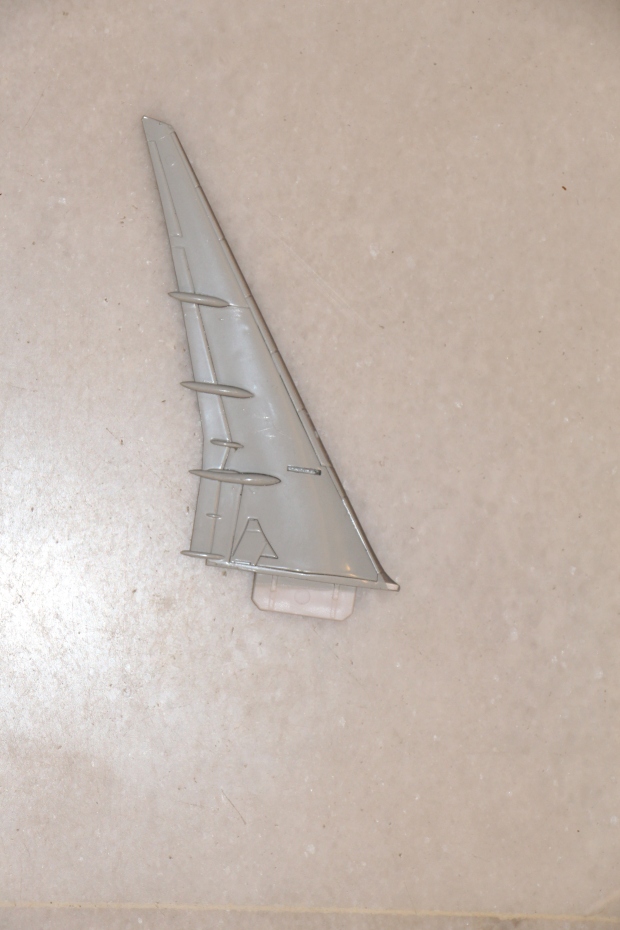 Psychic premonition: 37 days after seeing a plane wing MH17 was shot down. A 3rd global incident is coming – premonition from Brenda.

(“TwinSouls Odyssey”: the true real time story of a ‘Twin-Souls’ connection, and the search for unconditional love, truth, healing, attraction, and spirituality)

On 5 April 2014 two days before Brenda’s birthday I posted that “an eerie premonition – something super big is coming up”. I thought it was the finding of MH370 wreckage.

Then 2 incidents happened consecutively on April 16 & 17: The South Korea ferry disaster (16.04.2014) and the sudden death by car accident of Karpal Singh (17.04.2014), an iconic opposition politician. I then thought that these were the 2 of the 3 incidents. On hindsight these 2 were not GLOBAL incidents.

But MH17 happened 3 days ago.
No one expected that lightning would strike twice for MAS, 131 days after MH370.

Most of the premonition or afterlife signs from Brenda José, my departed wife seem to come in pairs (twins) or threes.

In this Part 23 article, I attempt to connect the dots from all previous afterlife signs and premonitions (some are revealed for the first time).

On Saturday 19 July 2014 (2 days after MH17 was shot down) when I came back from lunch I noticed that my house’s porch area was quite dirty with many tiny specks of dirt. When I got to my doorstep I froze! 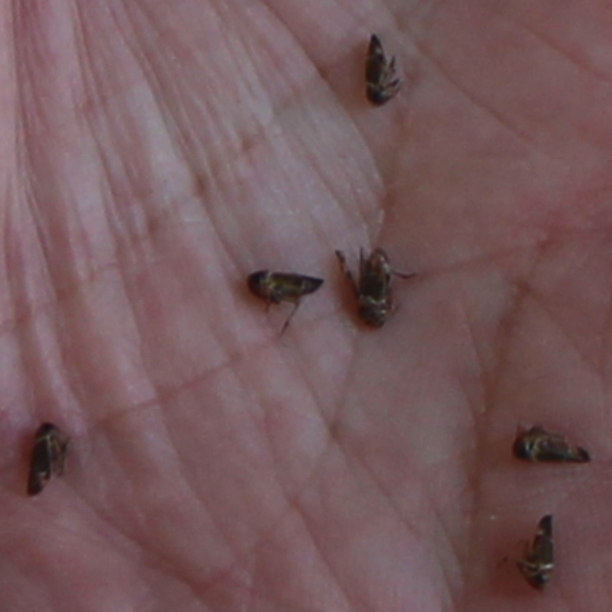 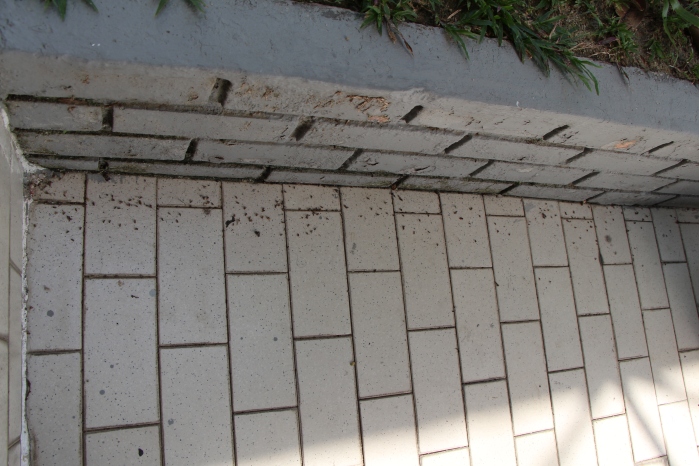 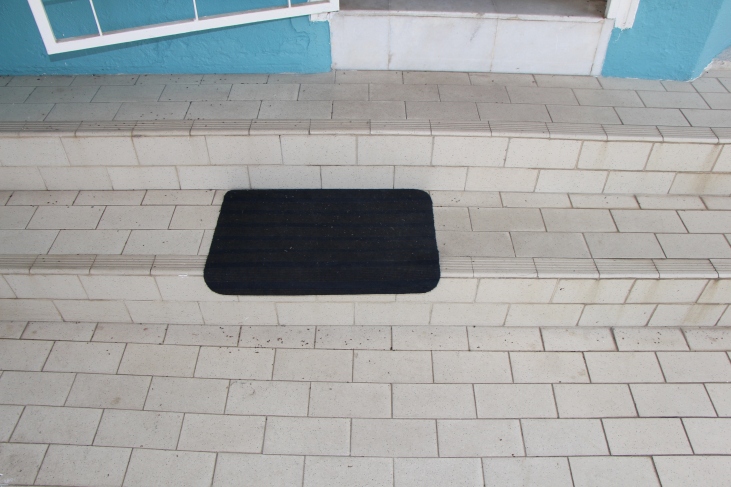 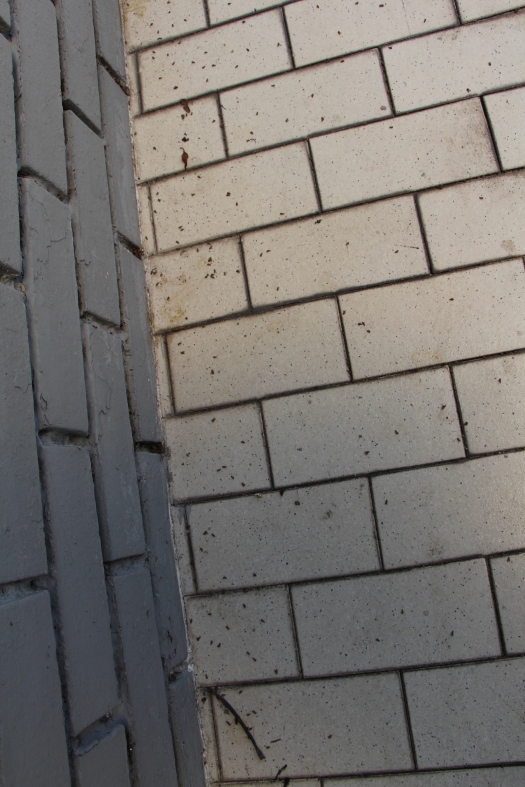 Q. Can anyone identify what insects they were?

I have never seen a scenario like this before. I instantly recognized this as an afterlife sign – 2 days after MH17 was shot down on 17.07.2014.

Why so many TINY insects?
May be it’s about the bodies of the passengers of MH17 that looked tiny… dropping from the sky…
Or it’s about the high number of “tiny” children on MH17: 80 childrenout of a total 298 or 27%.
And 20 entire families died. 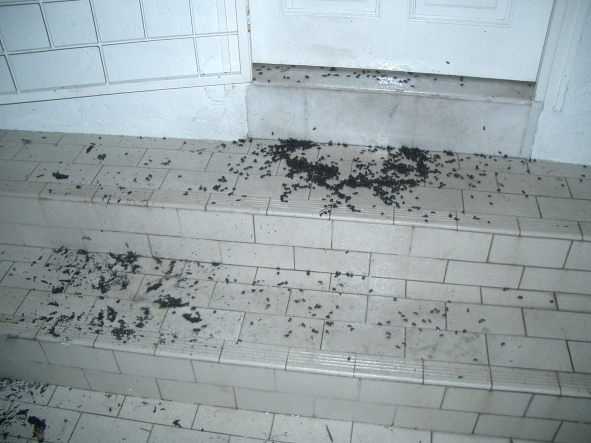 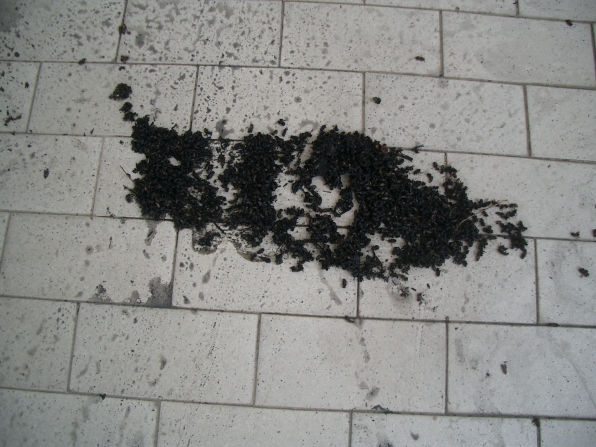 5 years ago on 08.08.2009 a weird scenario happened – a few hundred bees died on the same doorstep. Brenda was with me then. I think they died from smoke or fire. 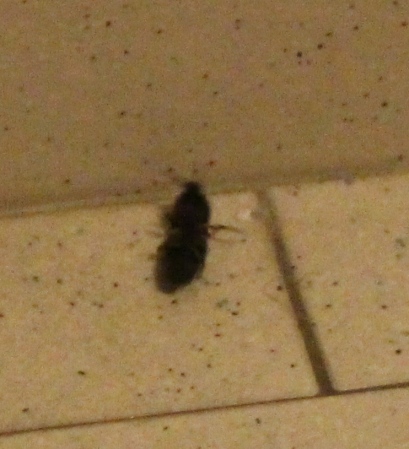 On 10 June 2014 my staff and I went to TTDI (Taman Tun Dr Ismail, a suburb of Kuala Lumpur) for lunch. After lunch around 2:00pm we went back to the car, we could not open the door and the “Cobra” alarm was blasting every time the driver tried to open a door.

We were frustrated. I moved about 20 feet back and stood by the pavement and I froze!
Right below me was an upside down plastic airplane’s right wing.
It freaked me out. 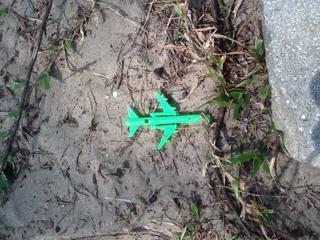 The first ensign wasp afterlife was documented in this article:
“Leaving on a jet plane. Don’t know when I’ll be back again” lyrics… is this an afterlife sign from MH370 Captain Zaharie.
https://robertchaen.com/2014/04/09/high-alert-for-brendas-mh370-afterlife-signs-part-6/

The 2nd ensign wasp sign was an ensign wasp landed on my apple wireless keyboard one night. And then it disappeared.

3 rounds of ants from nowhere
Then there were the very unusual appearance of 3 groups of ants on my desk – without a trace of their origin.
It was around the time of the disappearance of MH370 my L-shaped office desk was ran over by around a dozen small black ants. I got rid of them.

A few hours later a 2nd round of a dozen or so ants ran over my desk. I got rid of them.

Another few hours later the 3rd round of ants ran over my desk and on my Mac keyboard. I don’t have ants in the office. It was weird!

There were NO food or sweet spilling on my desk. I could not find a single ant trail where they came from which was normal when you have more than 1 dozen ants in one place because ants tell other ants that there is food here.

There were NO other ants anywhere in the room, not on the floor, wall – only my desk. I didn’t think much about it at the time that’s why I didn’t notice the date.

The ants appeared to be a team actively looking for something… 3 times, 3 groups of ants in one evening.

On 10.03.2014 Monday the first bee I freed through a kitchen window pane. I didn’t think too much about it.

On March 11 Tuesday a second bee died in front of a balcony sliding glass door.
It was early after sunrise I was doing some work with my Mac on a table and sitting on a chair in the balcony of the hotel apartment overlooking Rasa Sayang Hotel Penang.

Later on the morning of March 11 my family and I were leaving the hotel apartment.
Before I got into the car, my brother remarked that there was a dead bee inside a box brake indicator in the car back screen – the third bee.

My 1st time ever encounter with a Ukrainian. Later an Italian.
On 09.03.2014 Sunday a day after MH370 disappeared, my family had checked into Sri Penang, a hotel-condo opposite Rasa Sayang Hotel. I went to the lobby to access wifi for my mac. A foreigner sat next to me with his laptop. He said he is an IT/Internet professional who just came that day from Ukraine.

He told me how he was one of the protesters in Kiev as covered in the global news. He shared about the situation in Kiev and the younger generation’s hatred for Russians and President Putin. We talked for nearly one hour. I didn’t think much about my first ever encounter with a Ukrainian.

On the 9:30pm bus from Ipoh to Kuala Lumpur on 11.03.2014 Tuesday I sat next to a 19 year old Italian who travels to Indonesia, Malaysia for nearly half year, and goes back to work in a cow farm in Switzerland. These were the only 2 foreigners I chat with for an hour in my trip to Penang within the first 3 days after MH370.

On April Fool’s Day 24 days after sitting next to an Italian in a bus back home, I connected with Craig Santy, an Italian American TV Producer and Media Expert. We spoke for 6 hours via Skype KL to LA. Brenda connected both of us as we have set up a strategic media consulting group that will produce a series of reality TV and documentaries on spirituality.

Could it be that the first 2 bees were connected to MH370 and MH17?

I have a horrible psychic sense that there may be a 3rd global incident.

I did not see MH17 tragedy coming.
I did not know what the above insects in 3s, my first encounter with a Ukrainian, and plane signs meant.
The signs were all there 4 months ago… but I could not connect the dots until now. 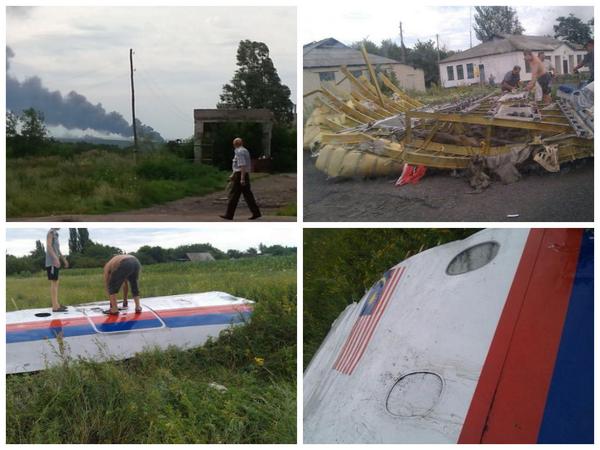 So what can be the 3rd global premonition be?

From Robert Chaen’s conversations and channeling Angel Brenda, Robert’s Twin Soul and crossed over wife.
Angel Brenda have been sending Robert countless afterlife signs and psychic premonitions since the moment she crossed over on 23 December 2013.