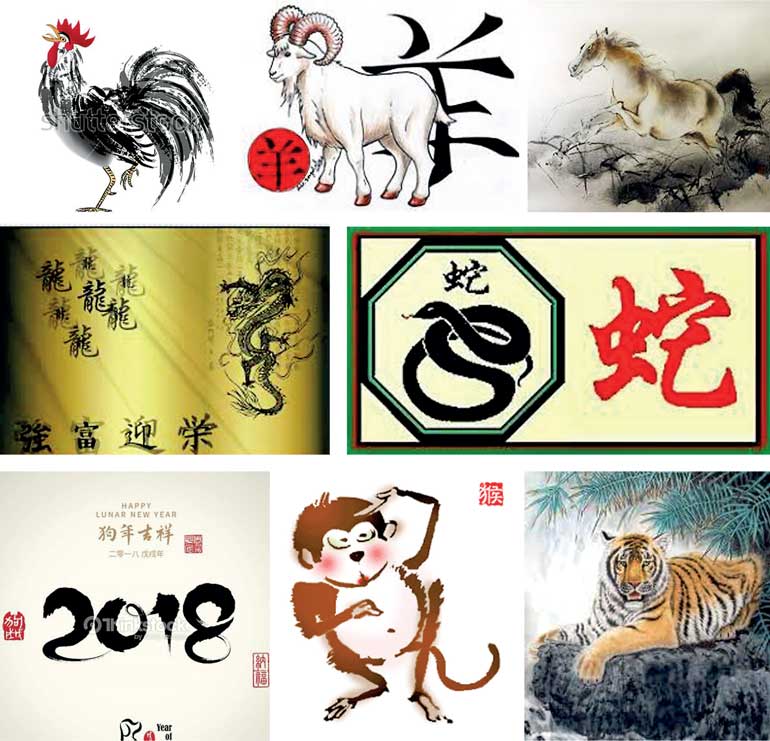 Westerners see the dragon as a fire-breathing evil being. Greek mythology had a 100-headed dragon that was slain by Heracles. Similarly, Heracles slays another dragon called Lerneaen Hydra. In ancient China, the ‘Chinese Dragons’ are legendary creatures that are benevolent. Dragon for the Chinese is “strength and good fortune”.

Over the centuries, the Chinese Dragon was associated with the Emperor of China. Only Emperors and high Mandarins were allowed to wear robes depicting Dragon motifs. For the Chinese, dragon festivals with dragon boat races, and dragon dances are part of their culture. Children are named dragon, actors such as Jackie Chan, Bruce Lee were given Chinese names as dragon. Incidentally, Chinese movies named Enter the Dragon, Way of the Dragon, Crouching Tiger Hidden Dragon were popular.

The West took awhile to understand the difference. The West and East saw the same dragon differently.

This Chinese New Year is “The Year of the Dog”. The Chinese greet each other by saying “Gong Xi Fa Cai” (pronounced goon si fa sai), which means “may you be blessed with prosperity”. In the Chinese zodiac calendar there are 12 animals for each year, in a cycle of 12 years. In the Western zodiac calendar each animal is for a month with 12 zodiac signs for a year.

The story of the Chinese zodiac animals

There are 12 animals in the Chinese zodiac calendar, starting with the rat, ox, tiger, rabbit, dragon, snake, horse, goat, monkey, rooster, dog, and pig. Each animal has its own unique characteristics.

The fable goes that the Jade Emperor wanted to invite the animals for dinner and another story says that he wanted to select 12 animals to be his guards. He sent an immortal being into man’s world to spread the message that the first 12 animals that went passed the heavenly gate, would be selected.

Once the news spread across the animal kingdom, the rat got up very early. On his way to the gate, he encountered a river. He had to stop there, owing to the swift current. After waiting a long time, the rat noticed the ox about to cross the river and swiftly jumped onto the ox’s back. The amiable ox did not mind.

The cat too lazily walked up to the ox and jumped. Once upon a time the cat and rat were good friends; so all three of them were on the way to the heavenly gate. In the middle of the river, the cunning rat kicked the sleeping cat off the ox’s back. The cat fell into the river and since cats are poor swimmers never made it to the heavenly gate.

Ever since, the cat has never forgiven the rat. After crossing the river, the rat swiftly jumped off the ox’s back and dashed to the feet of the emperor. The rat won first place and the ox was second.

The tiger and rabbit came third and fourth because both are fast and competitive, but the Tiger was faster. (The rabbit got across the river by hopping on stepping stones and a floating log also with the help of the dragon.)

After the ox, came the tiger, panting away while explaining to the emperor just how difficult it was to cross the river with the heavy currents pushing it downstream all the time. But with powerful strength, it made it to shore and was named the third animal in the cycle.

From a distance came a thumping sound and out hopped the rabbit. It explained how it crossed the river: by jumping from one stone to another in nimble fashion. Halfway through, it almost lost the race but the rabbit was lucky enough to grab hold of a floating log that later washed him to shore. For that, it became the fourth animal in the zodiac cycle.

Coming in fifth place was the gallant dragon. Of course the Emperor was deeply curious as to why a strong flying creature such as the dragon should fail to reach first. The mighty dragon explained that he had to stop and make rain to help all the people and creatures of the earth; therefore he was held back a little. Then on his way to the finish line, he saw a little helpless rabbit clinging on to a log so he did a good deed and gave a puff of breath to the poor creature so that it could land on the shore.

The emperor was very pleased with the actions of the dragon and he was added into the zodiac cycle. As soon as he had done so, a galloping sound was heard and the horse appeared. Hidden on the horse’s hoof was the slimy sneaky snake whose sudden appearance gave the horse a fright thus making it fall back and gave the snake sixth spot whilst the horse took seventh.

Not long after that, a little distance away, the sheep, monkey, and rooster came to the shore. These three creatures helped each other to get to where they are. The rooster spotted a raft, and took the other two animals with it. Together, the sheep and the monkey cleared the weeds, tugged and pulled and finally got the raft to the shore. Because of their combined efforts, the Emperor was very pleased and promptly named the sheep as the eighth creature, the monkey as the ninth, and the rooster the tenth.

The 11th animal is the dog. His explanation for being late although he was supposed to be the best swimmer amongst the rest was that he needed a good bath after a long spell, and the fresh water from the river was too big a temptation. For that, he almost didn’t make it to the finish line.

Just as the emperor was about to call it a day, an oink and squeal was heard from a little pig. The term “lazy pig” is due here as the pig got hungry during the race, promptly stopped for a feast, then fell asleep. After the nap, the pig continued the race and was named the twelfth and last animal of the zodiac cycle.

These 12 animals became guards of the heavenly gate and entered the Chinese zodiac signs.

The Chinese zodiac sign based on the year one is born signifies your character. This is the Chinese belief.

Tinyurl link for this article: https://tinyurl.com/ChineseZodiac3

The Story of the Sequence of Chinese Zodiac Animals