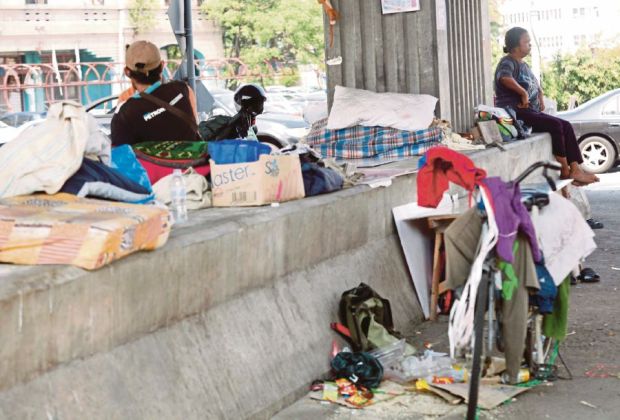 After the formation of Barisan Nasional in 1973,  prime minister Abdul Razak Hussein appointed Hussein Onn as the new finance minister in 1974, taking over from MCA leader Tan Siew Sin, who had occupied the post since 1959. For the first time since independence, Umno controlled the country’s purse.

When Hussein became PM, after the death of  Razak, he brought in Tengku Razaleigh Hamzah, then chief executive of Petronas, to be the new finance minister in 1976.

Hussein Onn had a strategy. In exchange, he appointed MCA leader, Lee San Choon, as the new transport minister on Nov 1, 1979.

Since then, the transport portfolio has remained with an MCA leader, except when Pakatan Harapan won GE14 and the post went to Loke Siew Fook of DAP.

The continued dominance of MCA in the country’s business and financial matters has been well documented. As the Chinese controlled almost all the commercial activities in the country, MCA frequently set the agenda and influenced public policy on commerce and industry.

The Umno-led government was simply the political administrator. They had no choice but to “kow-tow” to the “towkays” in MCA, the centrifugal force built around the leader who also controlled the transport ministry.

Certain leaders in the ministry were opportunistic in regards to a variety of business, whereby operating licences, vehicle registration and inspection, route permits, import approvals for vehicles, shipping and forwarding licenses and contracts, were all managed on a regular basis.

Major contract works and construction for airports, ports, railways and roads were also budgeted by the ministry. Dredging contracts for ports alone were worth hundreds of millions of ringgit.

Having said that, MCA’s transformation of declining industries like rubber production and tin mining into oil palm cultivation and small-scale manufacturing was obviously commendable.

Equally impressive were the construction initiatives for housing estates and new townships. Conversion of agricultural land and old mining areas into housing and commercial urban centres, were ultimately beneficial.

These were new economic activities using mainly locally raised funds and investments. MCA members were mainly responsible for them.

At this point, Umno was busy with issues of nationalism and was clueless about business development and technology. As such, it wasn’t aware of many money-spinning opportunities.

Their national agenda was limited to fighting for “Bahasa” in schools and soon after, religion and “shariah” matters, which made some Umno individuals look important as this was a domain familiar to them.

However, there were a few leaders within the party who began to realise the business potential within the government. “Bumis must be in business”, was coined as a new tag line.

A commission-based culture, popularly referred to as “Ali Baba”, started to take shape within Umno which soon spread like a bush fire. With the shout of “Bumi” agenda on top of this hidden intent, the slogan gained traction and became a new leading light for Umno.

The new slogan camouflaged corruption but by the late 1980s, Malaysia had began its downward spiral into what is now latent corrupt practices, relatively similar to what was happening in the Philippines and Indonesia.

When President Ferdinand Marcos of the Philippines was thrown out of office in February 1986, due mainly to escalating public discontent, there were similar calls in Malaysia that we were heading in that direction too.

Twelve years later, similar riots or a people’s revolution happened in Indonesia. President Suharto had to quit after three decades in power due to the economic and political crisis, a polite term for rampant corruption and abuse of power.

During the peak of the two-day riots in 1998, about 5,000 people died throughout Indonesia. Exactly a week later, on May 21, Suharto stepped down. The Indonesians paid dearly for their freedom and to resurrect justice from the dictatorial rule of Suharto.

In Malaysia, the main impact of the Indonesian riots translated into the sacking of Anwar Ibrahim (deputy prime minister) from Umno in September 1998. Anwar was subsequently jailed in April 1999. Anwar tried to draw a parallel between Dr Mahathir Mohamad and Suharto and for that, he had to leave the government and eventually surrender his personal freedom.

Anwar founded his own party, PKR, and Umno moved on, by which time the government rapidly went into privatisation ( termed as “piratisation” by Anwar’s supporters).

More procurement opportunities became available to the selected few in Umno’s top echelon. Their leaders became more brave and visible in their attempts to win larger commissions and to become part of the project agents or project promoters as there were no rules to bar them from getting involved in business.

The scale of corruption grew and so were the amounts involved. It could best be summarised as follows.

In 1984, the rate of commission perhaps started at 10% of the contract value, while 90% was spent on the actual contract work.

By 2014, the figures were reversed; higher commissions and less money for the actual contract work.

These amazing figures reflected badly on Umno’s administration. It became a measure of how serious the outflows or leakages or commissions in government procurement systems have become.

It cut across every aspect of their budgets, businesses and projects including what we now have just learned from 1MDB scandals, in government bonds and so called “Islamic sukuk”, too.

Therefore, is there any necessity to explain how a Lumut-based naval ship contract failed, when RM6 billion was paid prior to any ship delivery? Or the RM5.4 billion contract to build six offshore patrol vessels (OPV) of which only one was delivered in 2017? Or the US$1.2 billion French Scorpene submarines deal, the outcome of which we are all familiar with. Or RM300 million paid for US-made helicopters that were never delivered?

Rampant corrupt practices were found all over the country. From as small as a piece of paper called taxi permits, to import permits or APs for vehicles, industrial goods and machineries, to major gas pipeline construction contracts in far-flung places like Sabah and Sarawak.

A common one that is so widespread in many local authorities, is in land use conversion or “kebenaran merancang (KM)” for housing and commercial projects. Highway concessions weren’t far behind, and so were the many large-scale sales of government assets such as army camp land in urban areas.

And of course, the most lucrative, the creme de la creme among many politicians, is the easy money obtained from the compulsory 30% Bumi portion of shareholdings in non-Bumi companies prior to them getting approval for the listing exercise.

Umno leaders, under the pretext of the New Economic Policy, became instant millionaires but their supporters especially those in rural areas remained poor. The ordinary members, who badly need not only financial assistance but also technical skills and proficiency which the party has long neglected, are still to be counted.

Whereas the rich Umno leaders are found to own massive amounts of equity in monopolistic companies and businesses such as banking, insurance, securities, foreign labour import and sand mining licences, among many others.

All this was done under the guise of the NEP and for “Bangsa, Agama dan Negara”.

Umno leaders have obviously failed their members and the Bumis big time. No doubt about that. They have to take the full blame for the systemic failures in the country, too. The B40 group and the youths remain out of focus.

With a poor education system, poor command of English and poor employment opportunities, the Umno riches never trickled down, as often articulated by an ex-Umno prime minister.

Among other matters, Umno has to bring back fiscal discipline and prudent financial management. It has to run like a corporate entity fully responsible towards the shareholders (members) and stakeholders (the rakyat).

Umno, therefore, is in a default position to reboot the system and start all over again.

This is a massive task and it cannot be done without a new leadership at the helm, with a new path to tread, and a new direction to take.

Those who are known to be corrupt should be kicked out, otherwise, the party will not get anywhere and cannot be salvaged.

There is a lesson to be learnt from the Partai Golongan Karya (Golkar) of Indonesia,  which Suharto once led. “Eliminate the corruption virus. Keep them out of the party.”

This virus has been spreading in the country long before Covid-19 came along.

Source: How control of the economy corrupted Umno
By Rosli Khan

How the NEP and the Virus of Corruption Spread in Malaysia Resulting in the B40 Malays remaining Poor.