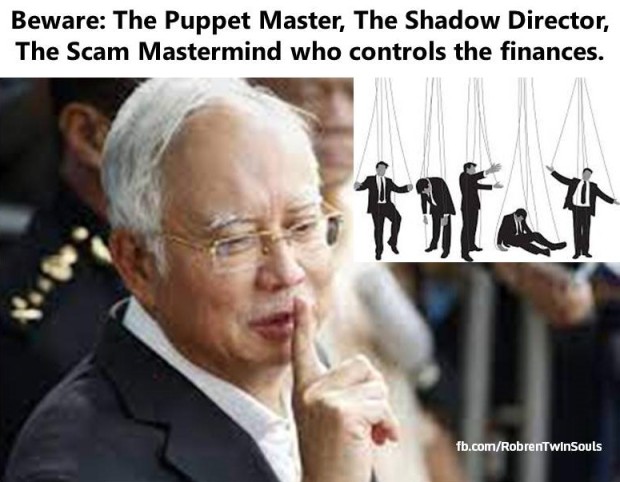 In company law and also in Auditing Standards. when there is a shadow director, it is a strong indicator of fraud. A shadow director controls the board but does not wish to be named in the company documents because he wants to get away scot free after using and manipulating the board to steal without any evidence.

Former prime minister Najib Abdul Razak was the “puppet master” and the SRC International board of directors were the “puppets”, the Court of Appeal heard today.

Deputy public prosecutor V Sithambaram made this description of Najib, who at one point was also finance minister and advisor emeritus to SRC, a fully owned entity of Minister of Finance Incorporated (MoF Inc)…

Beware: The Puppet Master, The Shadow Director, The Scam Mastermind who controls the finances.