Qingming Festival 清明节, also called Ching Ming Festival 清明節, Tomb Sweeping Day 掃墳節 or, literally, ‘Pure Brightness’ Festival in English, is a traditional Chinese festival and an important day for the Chinese (including the Han Chinese and some of China’s 55 other ethnic minorities) to go and sweep tombs, show respect, and commemorate their ancestors. On this day, tomb sweeping is one of the most important and popular activities to show respect to ancestors.

It is a public holiday in China, Hong Kong, and Taiwan.

On May 20, 2006, the festival was listed as one of the first national intangible cultural heritage events. Learn more about death culture in China.

Originally, Qingming didn’t relate to tomb sweeping or showing respect to ancestors. It is the second of the 24 solar terms on the traditional Chinese solar calendar.

In Chinese, Qingming (清明) means ‘clearness’ and ‘brightness’. The origin of the name was related to climate and nature in this season. At the beginning of April, it becomes noticeably warmer and brighter, and nature is waking up in northern/central China (this happens earlier in south China). People start to wear light cloths and walk outside to feel the growth in spring.

The day before Tomb Sweeping Day was the traditional Chinese Cold Food Day. As time passed, the two festivals were gradually combined into one. On the day of the Cold Food Festival, people used no fire and only ate cold food. Now people in some places still have the custom of eating cold food on Qingming Festival.

Why is Qingming Festival Celebrated? 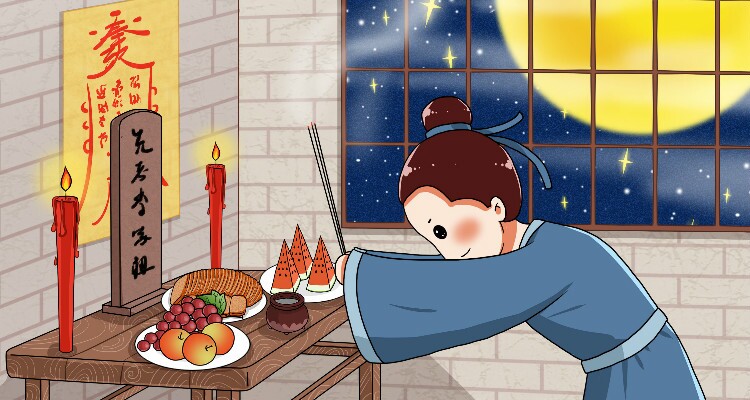 It originated from the extravagant and ostentatiously expensive ceremonies that many ancient emperors and wealthy officials held in honor of their ancestors. They offered sacrifices to their ancestors and beseeched them to bless the country with prosperity, peace, and good harvests.

In the year 732, Emperor Xuanzong of the Tang Dynasty, declared that respect could only be paid formally at ancestors’ graves on the first day of the Qingming solar term. From then on, sweeping tombs on the first of Qingming gradually became popular with both royal and common families, and the tradition has lasted well over a millennium. 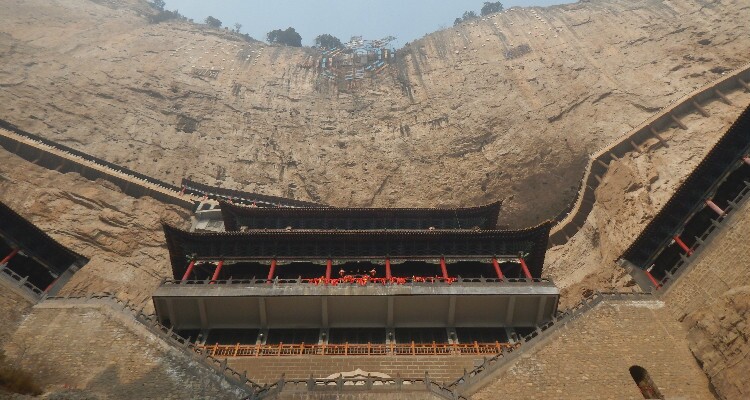 There is a legend about the origin of the Qingming Festival relating to a mountain near Pingyao Ancient Town called Mianshan.

One day in 655 BC, when Prince Chong’er was about to starve to death, Jie Zitui secretly cut a piece of flesh from his thigh and cooked it into a meat soup, which saved the prince. Chong’er wondered where Jie had obtained the soup. When he found out what Jie had done, the prince was so moved that he promised to reward him one day.

Nineteen years later, in 636 BC, Prince Chong’er returned to his kingdom and took power as Duke Wen of Jin, one of the five hegemons of the Spring and Autumn Period (770–476 BC).

After taking power, Duke Wen greatly rewarded and honored all of his followers, but he forgot Jie Zitui, the man who once saved his life. When others spoke of Jie Zitui, Duke Wen remembered him and was ashamed.

Then, the duke decided to visit Jie Zitui personally and confer a title on him. Jie Zitui heard the news and hid on a nearby mountain with his aged mother. He refused to meet the prince because he didn’t want to be an officer. No one could find him. Duke Wen set fire to the mountain to force Jie Zitui out of hiding.

Three days later, the duke and his people found two dead bodies — those of Jie Zitui and his mother — in a cave under a willow tree on the mountain. In honor of Jie Zitui, a man who never sought fame and profit, Duke Wen buried him and his mother respectfully, held a memorial ceremony for the tomb, and ordered his subjects not to use fire and only to eat cold food on that day.

The next year, Duke Wen climbed the mountain to commemorate Jie Zitui. When arriving at the tomb, he saw the burnt willow tree was revived with lush leaves and branches. He was so moved that he swept the tomb and declared the festival as a “Cold Food Festival” (part of the Qingming Festival nowadays).

Duke Wen formed an honest, diligent, pragmatic, and efficient government during his reign, and so his Qingming cold food tradition lived on with his legend.

How Do Chinese Celebrate the Qingming Festival? 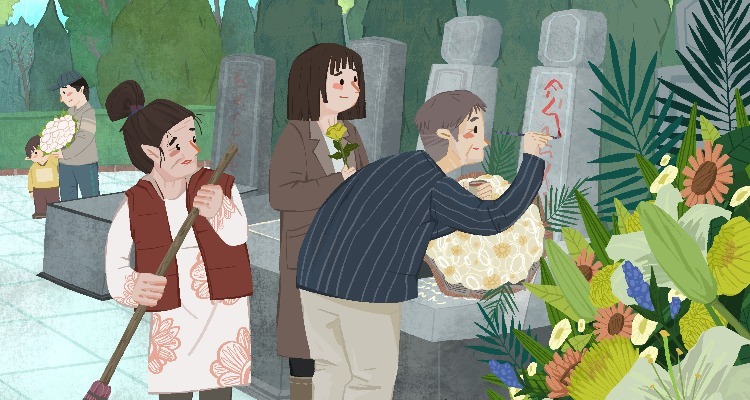 There are various activities for Qingming Festival. The most popular ones such as tomb upkeep and repair, spring outings, kite flying, and putting willow branches on gates have been an important part of this festival since the beginning.

People often participate in a sport to ward off the cold and in anticipation of the arrival of spring. The festival integrates both reverence and fun through its customs.

Tomb Sweeping — the Most Important Custom of Qingming Festival

People commemorate and show respect to their ancestors by visiting their graves, offering food, tea or wine, burning incense, burning or offering joss paper (representing money), etc. They sweep the tombs, remove weeds, and add fresh soil to the graves. They might stick willow branches, flowers, or plastic plants on the tomb. 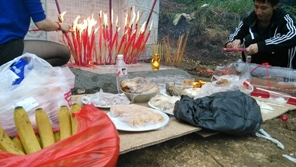 They pray before their ancestors’ graves and beseech them to bless their families. However, the custom has been greatly simplified today, especially in cities, where many people only put flowers to the dead relatives.

During the Qingming Festival, some people wear soft willow branches and place the branches on gates and front doors. People believe that this custom will ward off wandering evil spirits during Qingming.

That willows are considered magical is mainly a Buddhist influence. Traditional pictures of the Goddess of Mercy Guanyin often show her seated on a rock with a willow branch in a vase of water at her side. The goddess used this mysterious water and branch to scare away demons.

According to historical records, there is an old saying: “Put willow branches up on gates; drive ghosts away from houses.” 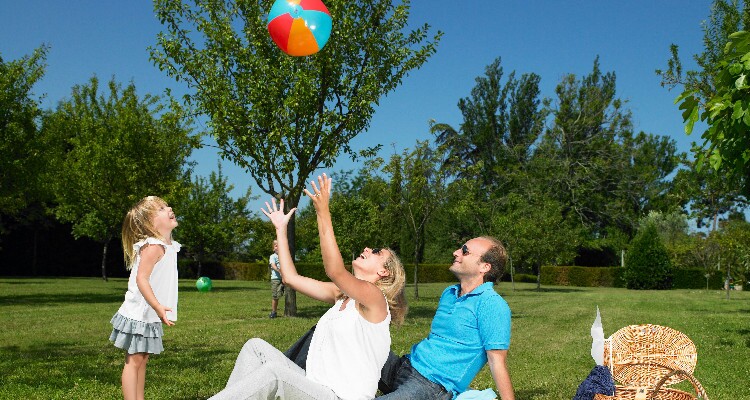 The Qingming Festival is a good time to feel the breath of spring.

The festival usually falls on a day not long before everything turns green in the north, and well into the spring flower season in the south.

It marks the beginning of the season when people spend more time outside as the weather warms up.

Learn more about The Best Places to Visit in Spring in China. 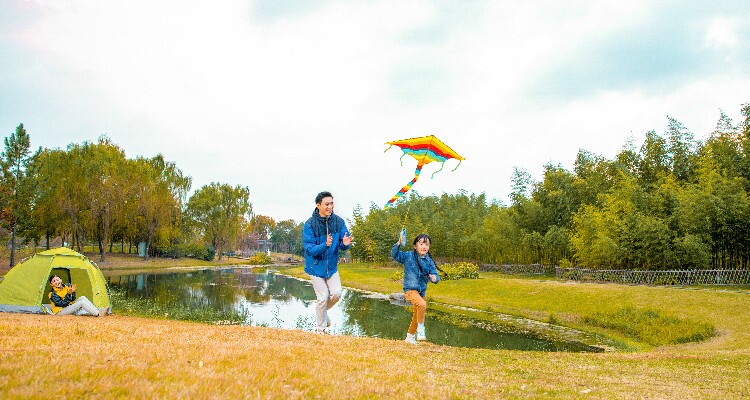 Little colored lanterns are tied to the kites or to the strings that hold the kites. When kites fly in the evening, the lanterns look like twinkling stars.

In the past, people cut the string to let the kite fly freely. People believe that this custom can bring good luck and eliminate diseases. This is why you might sometimes find paper kites lying on the ground in parks and fields.

Kite flying is popular throughout all of China and you will see people doing it on big squares or in parks throughout the entire country. Learn more about Chinese kites. 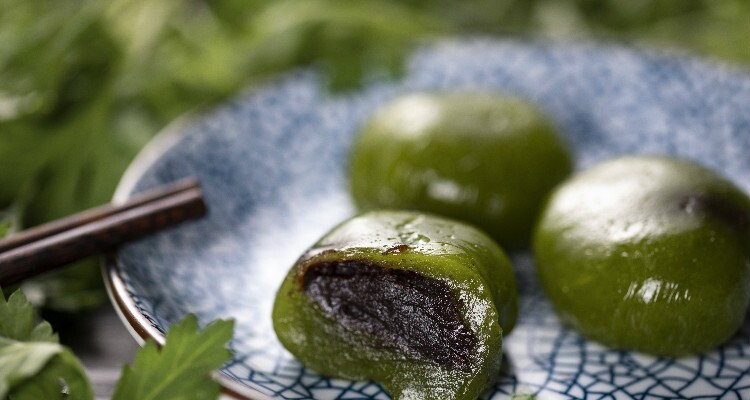 The day before Tomb Sweeping Day was the traditional Chinese Cold Food Day. As time passed, the two festivals were gradually combined into one. On the cold food festival day, people used no fire and only ate cold food. Now people in some places still have the custom of eating cold food on Qingming Festival.

Different places have different foods for Qingming Festival. The traditional Qingming festival foods include sweet green rice balls, peach blossom porridge, crispy cakes, Qingming snails, and eggs. These foods are usually cooked one or two days before the arrival of the Qingming Festival so people can eat and recreate during the holidays. 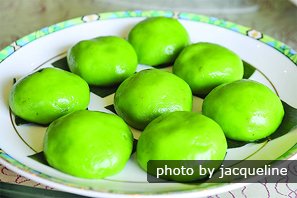 Sweet green rice balls are one of the most traditional Qingming foods.

Sweet Green Rice Balls (青团 qīngtuán /ching-twann/ ‘green dumpling(s)’) are a popular Qingming food that are made of a mixture of glutinous rice powder and green vegetable juice and stuffed with sweetened bean paste. Sweet green rice balls are jade-green in color, glutinous in taste, and sweet in aroma.

Chingming cakes are called sazi (撒子sāzi /saa-dzuh/ [phonetic]) or hanju (寒具 hánjù /han-jyoo/ ‘cold tools’). They are a crispy fried food that are made of wheat flour or glutinous rice flour, eggs, sesame, onion, salt, and other ingredients.

Among some Chinese ethnic minorities, such as the Uygur in Xinjiang, the Dongxiang in Gansu, the Naxi in Yunnan, and the Hui in Ningxia, sazi is famed for its great variety and many flavors. 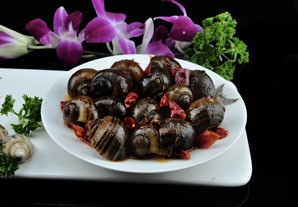 How Qingming Festival Is Celebrated in Some Asian Countries

Besides China, many other countries also celebrate Tomb Sweeping Festival. They are mainly in Asia, but celebrations are also seen in other countries with Chinese communities. 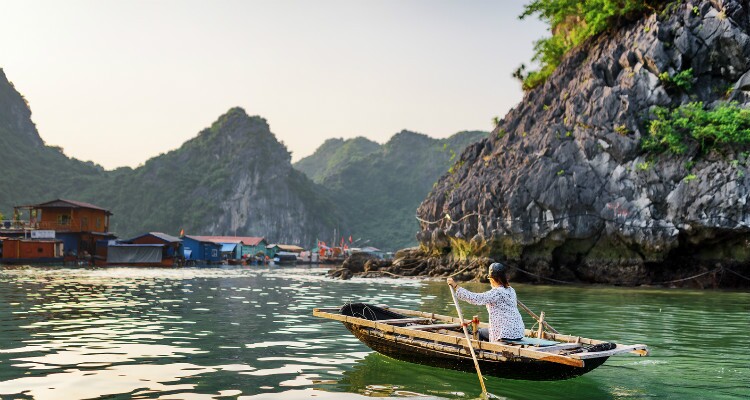 In Vietnam, Qingming Festival is on month 3 day 3 of the lunar calendar. Vietnamese people have similar traditional as in China: tomb sweeping, spring outings, cold food, etc. Unlike in China, it is not a public holiday.

Qingming Festival is also called Tangyuan Festival. Vietnamese glutinous rice balls are filled with mung beans. They are cooked and placed in a bowl and mixed with sugar and water for consumption. In the past, Vietnamese would never eat Tangyuan before the third day of March. Because in Vietnam, for respect to the gods and ancestors, no food is allowed to be eaten before offering.

In South Korea, Qingming Festival is on April 5th.

Unlike in other countries, paper money is not burned when worshipping ancestors in South Korea to protect against wildfires. One of the most important activities is to refurbish the tombs of dead relatives. Those who can’t get to the cemetery in person will usually put a memorial tablet in a temple or at home, and then place wine, fruit, wormwood rice cake, and other offerings in front to show respect to their ancestors. 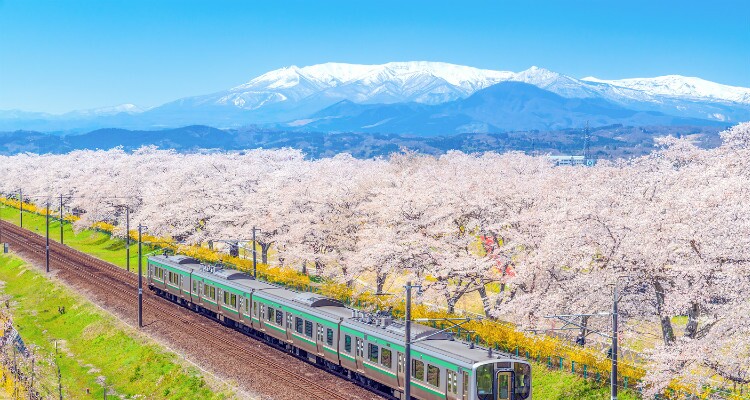 In Japan, only in Okinawa are tomb sweeping activities done around April 5th. Most Japanese people celebrate Bon Festival instead, which is usually around August 13th to 16th. It is the second most important festival in Japan following New Year’s Day. During Bon Festival, people will go back to their hometowns to pay homage to their ancestors. It’s also a good opportunity for family gathering.

Japanese people believe ancestors will come back home during Bon Festival. They put lanterns in front of their houses to guide the spirits home. On the last day of the festival, they put offerings in the nearby rivers to say goodbye to the ancestral spirits.

Visiting China During the Qingming Festival

April is a great month for traveling to China because of the warm temperatures and picturesque spring scenery.

The 7 Principles of Higher Consciousness: A course in spirituality!
Angel Lightberators: Receiving guidance from your Guardian Angels!

Link for this article: https://tinyurl.com/QingMing3