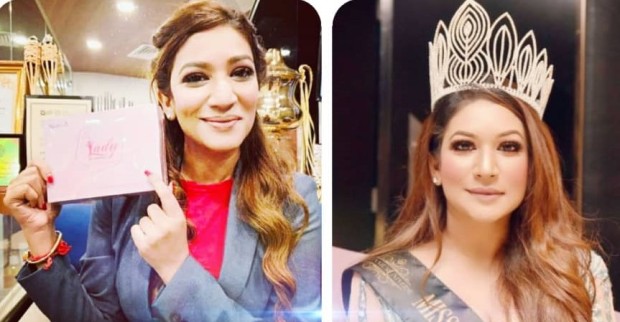 Charity has always been a passion for 35-year-old V Kokila Vaani, but she knew she needed to have platforms in order to champion her causes.

“Law and (beauty) pageantry are probably the best two avenues for this,” she told Malaysiakini in an interview.

Kokila can certainly affirm this first hand as she was not only Miss Asia Millennium Universe 2019 but also the first woman and the youngest person to head the Selangor Bar in its 56-year history.

She says her desire to help people is what drove her to compete in both the Miss Asia Millennium Universe beauty pageant as well as run for the position of the Selangor Bar chair in 2021.

However, when she did decide to run for the latter position, she was advised – whether jokingly or out of real concern – that she should perhaps drop out of the race or try again next year.

But Kokila, who had previously served as a committee member for the Selangor Bar for six years, remained undeterred as she believed she had a lot to contribute if she were able to helm the top post.

This especially as the country was in the midst of fighting the Covid-19 pandemic and ordinary citizens were struggling to cope with a sluggish economy.

“The pandemic changed all of us in many ways. The pandemic made me realise […] that many members (of the Bar) were also suffering financially because we are in the service industry as well.

“My priority for this term, after winning the election, would be bread and butter issues and improving the welfare of the members,” she said in the phone interview.
(excerpt)

I was recommended to Kokila Vaani by a fellow course mate from The Sun at KiniAcademy’s Muckracking Investigative Journalism 10 weekend scholarship course. Incidentally, Kokila represented R. Nadeswaran for The Sun, one of the Muckraking’s lecturers.

I needed a lawyer to advise and represent me for a RM8M or US$2M defamation suit in Shah Alam High Court. The truth my funds were low with no income from my corporate training business during Covid-19 pandemic lockdown. I couldn’t afford her, or even afford to pay her for replying to 3 letters to the plaintiff lawyer.

I desperately approached Legal Aid for free lawyer representation, but they told me that Legal Aid does not represent civil cases like my defamation case. LA only represent in criminal and family cases. I had not choice but to represent myself even though I know nothing about being a lawyer.

But it was all a blessing in disguise, as without a lawyer representing me, I ended up negotiating for suggested Consent Judgment. My defamation case was settled in court amicably without my paying a single cent when I agreed to remove all my investigative journalist articles in my website and social media, and posting an apology notice for 1 year. It was a ‘legal miracle’ as it is unheard of for a High Court Judge to allow a defendant to represent himself. Had it gone into judgment, I would have wasted 2 years of my life in stress, at least RM30,000 in legal fees, and if I had lost, I would likely pay RM160,000 compensation and the plaintiff’s legal fees.

This is proof that your Guardian Angels will help you even if it is your Darkest Hour, if you are willing to pay for your Karmic Debts for actions you did previously. This is The Law Of Repulsion at work. Moreover, My Guardian Angel Brenda whispered to me that my Angels help Kokila Vaaini in her life because she did try to help me initially. And yes, Kokila deserved to be Miss Asia Millennium Universe 2019.

God help those who help themselves.

Kokila Vaani, the lawyer whom I couldn’t afford for my US$2M defamation high court case, is the first woman and the youngest person to head the Selangor Bar in its 56-year history. Plus she was Miss Asia Millennium Universe 2019.

Passionate about helping others

The Law of Repulsion. The most significant life-changing methodology since NLP, “The Secret” book, and The Law of Attraction