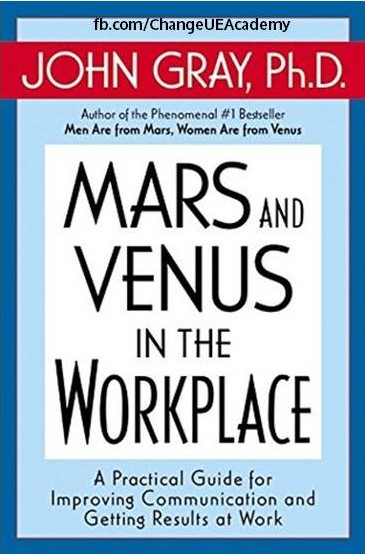 One of the open secrets that has been stripped of its secrecy in America’s current moment of #MeToo reckoning has been the nature of the secrets themselves. The spaces they have occupied. The structures that have allowed them to flourish out in the open for so long. The fact that women have been living in a world that has been built, in general, by and for men.

Hollywood, pop culture, mass culture: by men, for men. Electoral politics, down to the notion of political charisma itself: by men, for men. Advertising. Manufacturing. Medicine. On and on. You see man made the cars / To take us over the road. Man made the train / To carry the heavy load. Women, in all that, in workplaces as in so many other places, have been made to do the thing women are so often made to do: adjust. Adapt. Make way. Make do. This is a man’s world, but it wouldn’t be nothing—nothing—without a woman or a girl.

So while this is a moment of revelation about individual stories—individual truths—it is also a moment of revelation about the structures that shape the stories and bind the truths. The narratives delivered down from the echelons of the American media. The blithe social expectations that guide individual choices. The racism that is not merely a personal failing, but also a systemic one. The ways and means of power.

In 1992, John Gray, a relationship therapist and former monk, published Men Are From Mars, Women Are From Venus. The book became an instant hit—not just a bestseller, but also a full-fledged pop-cultural phenomenon. By 2015, Men Are From Mars had sold more than 15 million copies, and had spawned many more books of the self-help-meets-solar-system strain, among them Mars and Venus in Love, Mars and Venus in the Bedroom, Mars and Venus on a Date. That was on top of the other products that populate the Mars/Venus universe: the audiobooks. The seminars. The off-Broadway show. The TV show. The TED talks. The Institute.

In 2002, almost a decade after that expansive commercial success was seeded, Gray added another entry to the Mars/Venus empire: a book that explored the ways men and women interact with each other within professional contexts. Mars and Venus in the Workplace, Gray notes in the book’s introduction, is spun from the insight—much of it gleaned, he explains, from therapy sessions with clients—that the differences between men and women in (heterosexual) romantic relationships are, indeed, much more broadly applicable.

To the office. To the operating room. To the factory floor. Mars: warlike. Venus: loving. Men wanting to solve problems; women wanting to talk about them. Men, direct in their communication; women, circuitous. Men here, women there—in the workplace, Gray argues, as with everything else. “The insights and principals [sic] of communication revealed in Mars and Venus in the Workplace are universal,” he writes. “They apply to everyone in the workplace—CEOs, COOs, executives, managers, consultants, workers, assistants, and secretaries.”

Which is to say that, 15 years ago, the author who turned gender essentialism into a lucrative brand published a book insisting that the essentialism extended to a setting that claimed—and by law enforced—its opposite. The myth of the gender-transcendent workplace was just that. The natural differences between men and women, Gray suggested—the differences, that is, between ostensibly heterosexual men and heterosexual women, as Gray defined them—would, if given insufficient respect and attention, undermine attempts at professional egalitarianism.

And so Mars and Venus in the Workplace, precisely in its cheery conviction that men and women were, by biological fiat, elegantly distinct, claimed to expose the challenges of true equality. The book is careful not to travel too far down evolutionary biology’s rocky road—“throughout Mars and Venus in the Workplace, as you discover the many differences between men and women, it doesn’t suggest that all men are one way and all women are another”—but the premise here is the same as the one that animates the other books: difference, fetishized. Distance, assumed.

Mars and Venus in the Workplace reads, today, as a quaint anachronism. In that, it is both a reminder of how much progress has been made within the space of 15 years and, indeed, how much distance is left to be traveled.

What’s most striking about In the Workplace—beyond, that is, how thoroughly the book works to sell itself and its brand, even in pages that have already been bought — is how little the book engages with the ideas that have today become so thoroughly mainstreamed: about the structures of power that have allowed harassment to flourish, undetected and ignored, for so long. About, indeed, the gendered nature of the structures themselves. For a book that borrows its defining metaphor from the solar system, there is exceptionally little attention paid to the systems that shape human interaction here on Earth.

Gray does acknowledge, in cheerful asides, that women have been, essentially, visitors in professional environments shaped by men; he returns, however, again and again, to the Mars/Venus framework and its easy—and exculpatory—binaries. And he suggests, again and again, that the way to create a more equitable work environment is not for managers to enforce equal pay for equal work, for example, or for companies to make a point of promoting women to positions of leadership—these are political concerns, and there is no place for politics on Venus or Mars—but rather for men to appreciate women’s tendency to collaborate.

And for women, at the same time, to appreciate men’s tendency to compete. For men to be more tolerant of women’s relative chattiness. And for women to accommodate men’s relative surliness. “Men Go to Their Caves and Women Talk” is the title of Chapter 5. “Rules Are From Mars, Manners Are From Venus” is the title of Chapter 8. The list of “101 Ways for Women to Score Points With Men” occupies several pages of In the Workplace; many more are taken up with “101 Ways to Score Points With a Woman.” (The lack of consistency in those otherwise parallel headings—the male point of view, in the latter, so thoroughly taken for granted—is itself, of course, revealing.)

It’s not that In the Workplace’s insights overall are fully self-defeating, or that there’s no explanatory value in metaphors or frameworks or even, for that matter, absurdly sweeping generalizations. The book, in the most generous reading, emphasizes empathy—and the value, socially and professionally and morally, of making an honest effort to understand what drives another person. This is self-help that is unusually, and usefully, other-directed. And yet empathy without a broader vision is necessarily—perniciously—limited.

In the Workplace is not a book about the power of policy, or indeed about the cultural forces that help to shape the decisions people make about their careers; it is much smaller than that. It is much more myopic than that. The book pays fealty to intractable facts of biology. It cannot see beyond them. It is an atlas that shrugs: Mars here, Venus there. The solar system itself? That is not the point. That is not the brand.

And, so, long before there was Lean In, there was, via the Mars/Venus framework, Move In: an exhortation for workers on both sides of the planetary divide to compromise, to adjust, to adapt. (As to the good that can come when a woman, respecting the Martians among her, learns to control her emotions and contain negativity: “This adjustment of containing feelings is like a new kind of makeup to bring out a woman’s best characteristics in the workplace.”)

The both-sides approach extends to matters of sexual harassment, to which Gray allots not its own section, but rather a portion of the chapter on Setting Boundaries. The discussion offers “six common reasons men persist in unwanted sexual behavior or have difficulty in validating a woman’s feelings of harassment,” among them a man’s assumption that she likes being pursued and that he has mistaken her friendliness for flirting. (Gray draws a line between criminal abuse and mere harassment; he focuses, in the book, on the latter.)

Again, there is truth to the insights: Signals can be misread. Communications can confuse. In this discussion of microcosms, though, the macro easily loses its focus: The broader context that has helped to make harassment such a common element of women’s experience in the workplace—power differentials, misogyny both individual and structural, the biases of the boys’ club ratified anew every day—are absent from consideration here. Mutuality, instead—Mars, Venus, equal partners in failed interactions as well as successful ones—rules. “To avoid generating feelings of harassment,” Gray writes, “men need to remember that we are from different planets. Likewise, with a greater understanding of the way men think, a woman can be more successful in setting her boundaries to avoid being sexually harassed.”

To avoid being sexually harassed is not a phrase many publishers would print these days—not, at least, responsible ones. But, those 15 years ago, HarperCollins set those five words to ink. It did the same with Gray’s mention of women’s “tender feelings” and his observation that, “on Venus, the quality of her relationships really is more important than the money she makes.” And the declaration that, “If you want to change the rules you first have to respect the rules. The only way to change the rules is to work with them.”

What has become clear since 2002, though, isn’t just that the rules have, in spite of it all, changed; it’s that the rules about the rules have changed, as well. Why should people respect rules that do not, in turn, respect them? Why should they work within their constraints? Why be so limited? Why think so small? This is a man’s world, after all; until that overarching fact changes—on Mars, on Venus, on Earth—nothing else will.

By MEGAN GARBER is a staff writer at The Atlantic, where she covers culture.

Source: A 15-Year-Old Work of Gender Essentialism in the Age of #MeToo

Mars and Venus in the Workplace, reviewed