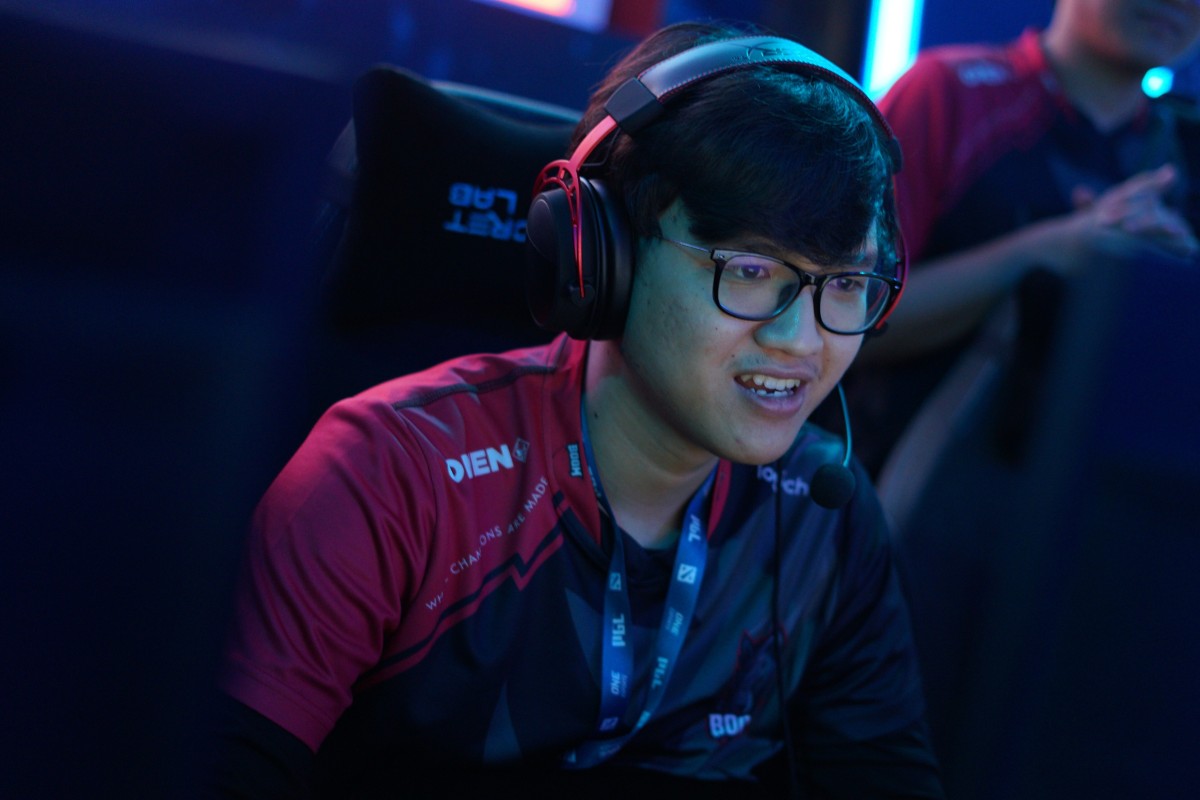 Every morning, Brizio Adi Putra wakes at 9 o’clock and enjoys a quick breakfast before settling into his chair for a gruelling 10- to 12-hour shift at work.

The work is so tough his company has hired a psychologist to help him and his colleagues deal with the stress.

But unlike many of his fellow graduates in Indonesia who are hunched over their desks in 9-to-5 office jobs, churning out reports and sending dozens of emails a day, the 23-year-old professional gamer – who goes by the alias “Hyde” – is busy fighting battles in a virtual world.

Gaming is no longer simply a pastime. Like professional athletes, players are given a strict training regime to follow, including between 10 and 12 hours of gaming and tactical discussions every day. Their physical and mental well-being are closely watched. It is not uncommon for teams to ensure their players get enough physical exercise and watch their diets. After all, they do not want their prizefighters falling victim to the “stress, obesity and diabetes” that recently ended the career of top Chinese player Jian “Uzi” Zihao.

Teams live together in dormitory-style gaming houses, watched closely by managers and coaches, to build rapport and teamwork over the course of the gaming season.

“Developers in the scene have studied how traditional sports teams are built,” said Terence Ting, chief executive and founder of Team Flash, which competes in Vietnam and Singapore. “It’s no longer just playing games, but a full-fledged platform selling brand exposure and eyeballs.”

It’s not a surprise. Southeast Asia’s appetite for e-sports has been growing at an incredible rate. According to gaming market-research firm Newzoo, the region was expected to have brought in US$4.3 billion in gaming revenue last year, a 13.9 per cent increase from the previous year.

Teams pay a one-time joining fee of US$1 million for a guaranteed spot in the league, which has salary caps, shares its revenue and promotes job security under its regulations. The eight teams which have signed up have a shot at winning a cash prize every year. The competition’s fifth season, which ran from February to April this year, saw champions Rex Regum Qeon claim US$300,000.

The burgeoning prize pools mostly consist of brand investments and media deals, with top events hitting upwards of US$100,000. The sport has become so popular that even non-tech companies are joining the fray. Shampoo brand Clear Men was the official sponsor for the Vietnam Championship Series – the top League of Legends competition in the country – last year.

SALARY OF A GAMER

The huge infusion of corporate sponsorships has, in turn, allowed gamers like Putra, who plays for Indonesian side BOOM Esports, to earn a decent salary. Finances were a problem for his family of five and they struggled to make ends meet. But as a professional gamer, he receives a base salary of US$1,200 to US$1,600 a month – of which 30 to 40 per cent goes to supporting his family.

This is more than five times the average starting salary of about US$225 a month for an Indonesian fresh graduate, according to a survey by Malaysian employment agency JobStreet.

“Some of the top players in Indonesia can earn up to US$4,000 to US$5,000, which is director standard here,” explained Gary Ongko, BOOM Esports’ founder and chief executive. “We explain to parents that their kid could become a top player who can make more, and I’ve never had a parent end up changing their mind.”

Vietnamese e-sports player Le “Yoshino” Trung Kien faced resistance from his parents, who wanted him to take a more traditional route to success.

He dropped out of school when he was 15 years old to play games seriously and joined a professional team at 18. Today, the 20-year-old League of Legends player lives in Ho Chi Minh City on a comfortable salary representing Team Flash.

“I have saved some money each month since I started my career, hoping to rebuild my home in Hanoi,” said Le, who declined to reveal his income. “Last year, I finally did it and now my family is living in a slightly better place.”

Ivan Yeo, chief executive and co-founder of EVOS Esports, which has teams competing in five Southeast Asian countries, said e-sports gave younger gamers a better chance at excelling at something they were passionate about.

OPEN TO EVERYONE WITH A SMARTPHONE

“Pretty much everyone with a smartphone can get started, so that gives hope to a lot of young people in Southeast Asia to explore another possible career path,” he said.

Governments are also getting in on the act, pouring in millions of dollars to support the growth of an industry which is providing a huge economic boost to the region.

In October last year, Malaysia’s then finance minister Lim Guan Eng allocated 20 million ringgit (US$4.7 million) from the country’s budget to develop the country’s e-sports industry this year. A month later, then minister of youth and sports Syed Saddiq announced a five-year strategic plan “aimed to maintain the continuance of e-sports excellence in Malaysia”.

Indonesia established its first official e-sports association (PBESI), supported by its National Sports Committee, in January this year. It aimed to provide equal opportunities for gamers nationwide, while developing their potential to compete internationally, said Ashadi Ang, PBESI’s Head of Media and Communication.

One of the organisation’s first big plans is to host the first national e-sports tournament backed by the government later this year, with a prize pool of US$250,000. Ang expects around 100,000 teams, or 500,000 people, to participate.

“Competitions are now mostly held in Java or Sumatra. As a government federation, we need to give equal opportunities in other regions like Sulawesi, Kalimantan and Papua as we believe there are a lot of potential players there,” he said. “By having clear regulations and a centralised body, e-sports teams can grow in a healthy way. With 267 million people, I think we can be number one in Southeast Asia.”

For Putra, all this is only good news and he would not trade his job for anything else in the world right now. But he also knows that as the industry matures, it’s going to get harder to stay at the top of the game.

“It’s become a profession now rather than just playing a game because I can see it as a business,” he said, adding that every year more young players were entering the scene.

“It’s hard to survive in this industry because people can replace you if you don’t have the capabilities.” ■