Watch Video: Where to shop in Hong Kong according to feng shui master Thierry Chow   https://tinyurl.com/y9v7vdw5

“Some say Cat Street is touristy, but if you know what to look for, it’s a good place to go on a treasure hunt,” says Chow, 33, instantly recognisable with her striking, avant-garde half-blonde-half-black-bob hairstyle.

“I think the beauty of Hong Kong is that it’s such a small city, but it has all kinds of secret places you can explore. Take your time and walk around, you’ll always find something new.”

Chow, who spent her formative years in Canada, before returning to her home city a decade ago, says: “I have always loved shopping. When I was much younger, shopping was simply a way to fill a hole inside me – to feel happy.

“But it shifted as I grew up, especially spiritually: I didn’t need that [quick fix]. Instead I would look for something I would cherish for a long time.”

This change in her focus mirrors the career switch of Chow – the daughter of Chow Hon Ming, a renowned Hong Kong feng shui master – who had no interest in following in his footsteps while growing up.

“I just wanted to be an artist,” says Chow, who likes to describe herself as a “feng shui designer”.

After graduating from Canada’s Sheridan College with a bachelor’s degree in applied illustration she started to teach art in Hong Kong for two years. “I loved working with kids and I loved art, but I felt that something was missing,” she says.

In a sudden epiphany during dinner one evening, she realised she had to learn about feng shui, the ancient Chinese practice of positioning objects in harmony with nature, from her father.

“I thought to myself, ‘Oh God, this is just what I said I wouldn’t do’,” Chow says with a laugh.

In recent years she has become a permanent fixture on Hong Kong television programmes, at media events and on the covers of lifestyle, travel and fashion magazines while embracing her unique, eclectic style, which combines her dual passions – modern design and feng shui.

“It took me 25 years to go on that journey and to come back around,” Chow says.

Chow has helped to modernise the traditional practice and make it a fashionable topic in the city over the past few years.

Chow says she now follows feng shui principles when it comes to shopping for herself.

“Feng shui is my anchor,” she says. “It gives me a direction when I shop, too. It can help me to decide how many plants I need, or what are my lucky colours in clothing.”

One of her proudest purchases is a large metal sign displaying the Chinese character, hong (行), meaning “business firm”, which belonged to a Sheung Wan shop.

“When practising feng shui, metal elements are needed,” Chow says. “I saw this sign when a shop was closing down. I love this style and thought it could be used as a feng shui decoration. So I went up and asked if I could buy it.”

She obtained two Chinese paper-mache lion heads for her studio in a similar way.

“I love the craftsmanship of the lion heads. It is such a representation of Hong Kong,” Chow says.

Some of her favourite Hong Kong areas for exploring are Yau Ma Tei and Kennedy Town.

When she isn’t haggling over items with street vendors she likes to visit second-hand stores, such as Mee & George and Midwest Village, as well as small independent shops.

She also took South China Morning Post on a tour of some of the city’s hidden gems, including Tung Yao Ceramics Showroom, a ceramics workshop and design shop in Aberdeen Street, Central.

“The craftsmanship is so traditional, but they are able to take that and turn it into something quite modern as well,” says Chow as she holds up a coffee mug.

“Shopping is a perfect way to discover a place … to get to know the streets. For me, it’s a meaningful exercise.

“Sometimes, shopping in Hong Kong need not be confined to a shopping mall. If you keep your mind open, you can randomly find amazing stuff.

“Every street and alley can, in a sense, be your shopping destination. So the whole of Hong Kong is really my shop.

“These streets have an exhilarating, chaotic energy that you can’t find anywhere else.”

Watch Video: Where to shop in Hong Kong according to feng shui designer Thierry Chow    https://tinyurl.com/y9v7vdw5

Where to Shop for Hard to Find Feng Shui Art according to Feng Shui Designer Thierry Chow. Also at Ming Palace in Robren Mega EMall and fb.com/HKMegaEMall 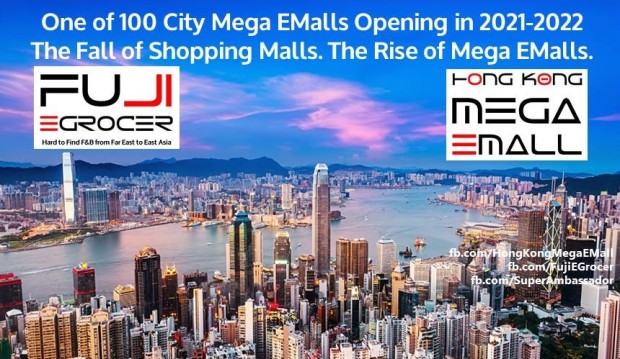