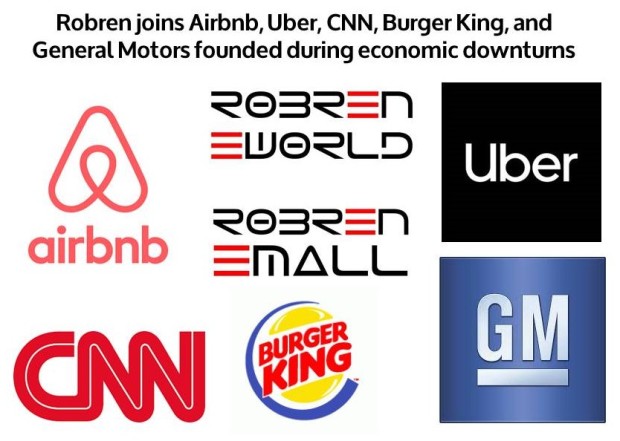 What do General Motors, Burger King, CNN, Uber and Airbnb all have in common?

They were all founded during economic downturns.

GM launched in 1908, when the US economy was in turmoil after “the Panic of 1907” financial crisis. Meanwhile, Burger King flipped its first patty in 1953, when the US was again in recession, and CNN started its news broadcasts in 1980, when US inflation hit almost 15%. 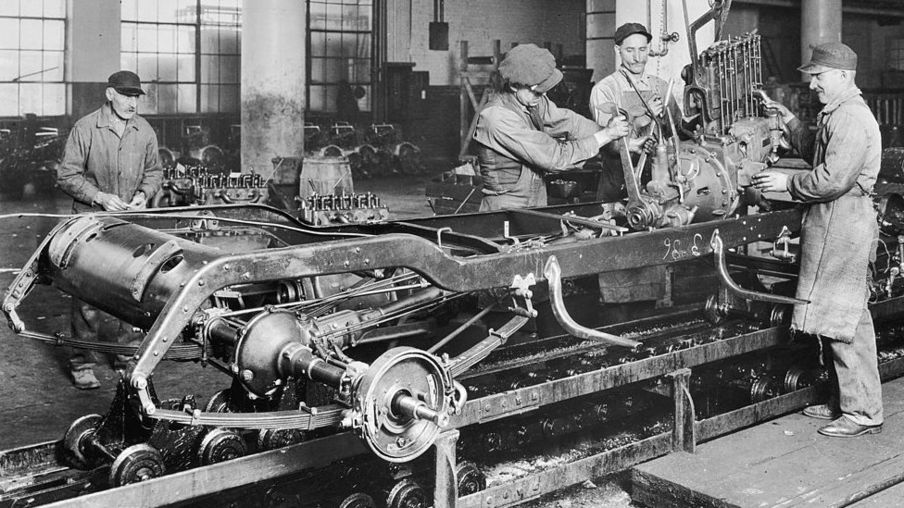 GM went on to become a global car industry giant

Both Uber and Airbnb set up business during the global financial crisis of 2007-09.

These examples show that many of the best, and longest-lasting, companies are set up during downturns, according to Dane Strangler, a fellow at the Bipartisan Policy Centre, in Washington DC. He says that the difficult economic backdrop makes them both tougher and more nimble for years to come. 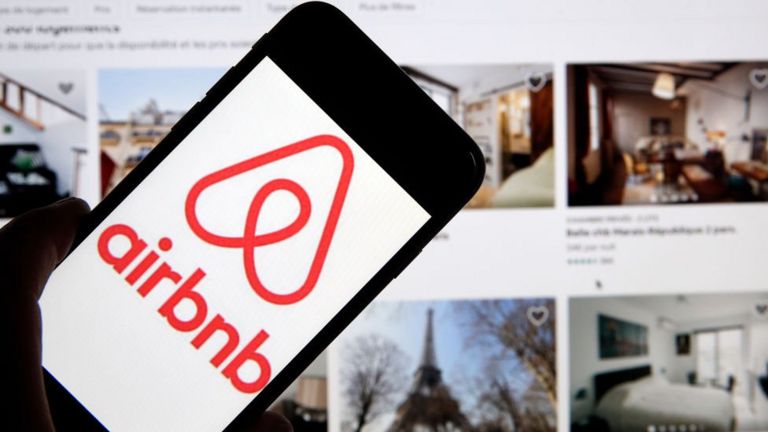 “There’s this trial by fire idea,” he says. “If you get started in a recession, you really have to scrape and scrimp to make that company successful.

“You are trying to make it when you can’t get financing, and trying to get customers when there isn’t any demand.”

We are certainly in a downturn again now, as a result of coronavirus and the subsequent lockdowns around the world.

The World Bank predicts that the global economy will shrink by 5.2% in 2020, its worst performance since 1946 and the aftermath of World War Two.

The US economy is already in recession, and the Bank of England predicts that the UK is about to see its sharpest downturn since 1706 . That’s 314 years ago.

But as history shows, successful companies can be born in tough times. Could there be promising start-ups from the entrepreneurial class of 2020 that will go on to become household names?

More new businesses are certainly being set up despite – and as a result of – coronavirus. In the US, 67,160 applications were filed to set up new companies in the last week of May, official figures show.

Robert Fairlie, an economics professor at the University of California Santa Cruz, says the latest increase is party because more people start businesses when jobs are scarce. He calls this “necessity entrepreneurship”. 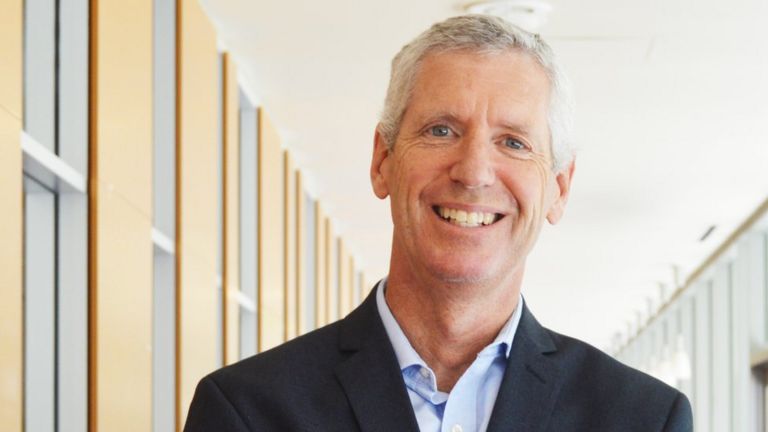 “If someone doesn’t have opportunities in a salaried job, that’s part of the motivation [behind setting up their own company],” he says.

But some entrepreneurs may have had ideas for businesses stewing for a while.

“With the shutdown people have had more time to think, and take time back from busy work schedules,” says Prof Fairlie. “So if there’s a business idea they’ve had, they might think, let’s try this out.”

Other new start-ups have recognised that bleak as coronavirus is, it has presented business opportunities that also allow them to do their bit to help defeat the pandemic.

This is especially true when it comes to PPE, or personal protective equipment, and the number of new firms set up in the past few months to fill a shortfall in supply.

Matthew Campbell-Hill and his wife Lydia launched their business Aerosol Shield in April. The firm’s eponymous product is a small, pop-up medical isolation shield or “tent”. Transparent plastic sheeting attached to a plastic frame, it can be placed around a patient’s head and shoulders, thereby reducing medical staff’s exposure to the person’s coughs. 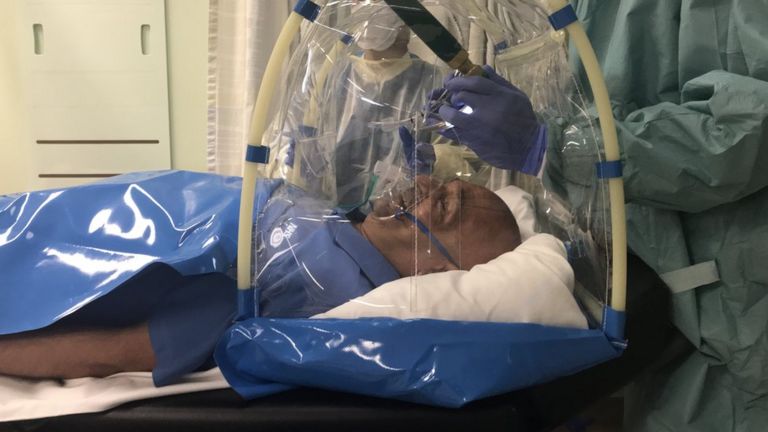 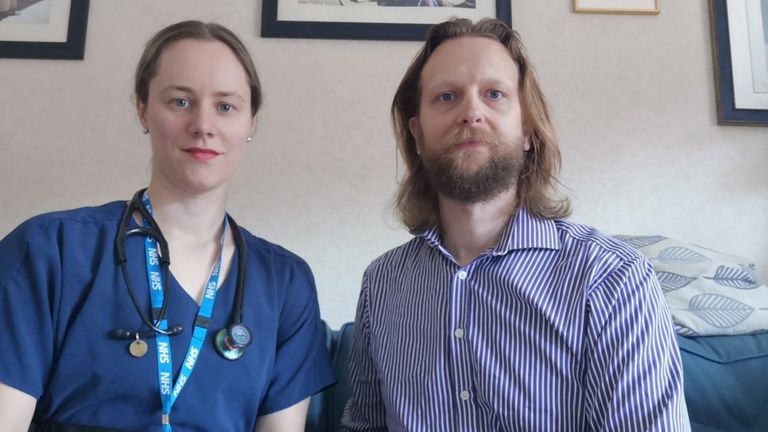 Lydia and Matthew Campbell-Hill recognised a desperate need, and moved fast to respond

“We didn’t set out to start a business, [but] we went from knowing about the issue to launching the company in six days, and taking bulk orders before we’d finished the seventh day,” says Mr Campbell-Hill, who is a senior fellow at the University of Birmingham’s Institute of Clinical Sciences.

To make the shields, he and Lydia – who is a GP – worked with Airquee, a Welsh business that makes tents for armies and humanitarian organisations, and is also Europe’s largest manufacturer of bouncy castles.

Another UK business launched as a result of coronavirus is Hidden Smile, a facemask supplier set up earlier this month by Oxfordshire-based entrepreneur Neill Cotton.

Its masks are made from two layers of cotton, with a folded paper filter inside. 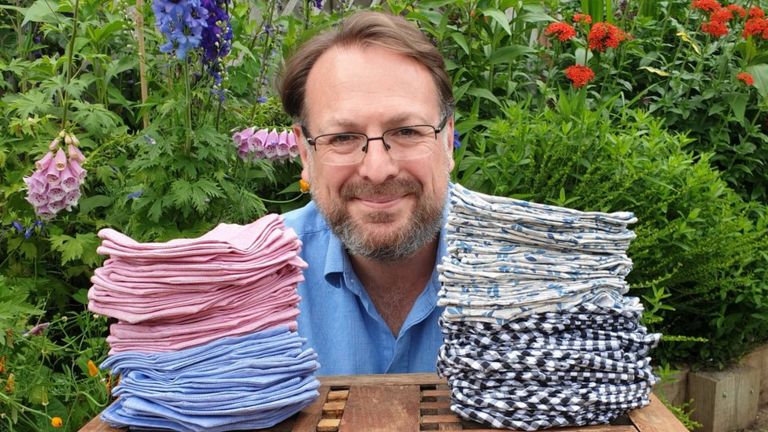 Neill Cotton’s business is not even one month old

“You don’t need to replace the filter as often, as it isn’t exposed to the outside world, nor, crucially, to the moisture of the mouth,” says Mr Cotton. “You also look like an extra from [medical TV drama] Holby City.”

Other industries that have seen a big rise in business as a result of coronavirus, and therefore offer opportunities to new start-ups, include home improvement and the delivery sector.

Nicole Gibbons, who founded US paint firm Clare in 2018, says that sales have soared as a result of the lockdown. “Normally people would rather have brunch on weekends, and not paint their homes.” she says. “But now they have cabin fever, and want to do something.”

Meanwhile, London-based courier business Gophr says it has just seen its busiest ever two months as more people have got a taste for online shopping.

For anyone thinking of now setting up their own business, Markus Berger-de León a partner at management consultancy McKinsey, says think long and hard before you make the plunge. But if you do jump, then move quickly.

“You really need to think, ‘should I spend my next pound or euro on this, or something else?’,” he says.

“And that makes you need to embrace and scale one skill that is core to your company. And think about doing that with as little money, as fast as possible. The start-ups that survive a recession are the ones that learn the fastest.”

Robren EMall and Robren EWorld were established on 20th April 2020, during the first few weeks of global pandemic lockdown. Robren EMall has created history to be the World’s First Parallel Universe EMall, with 100 City EMalls opening within 2 years.