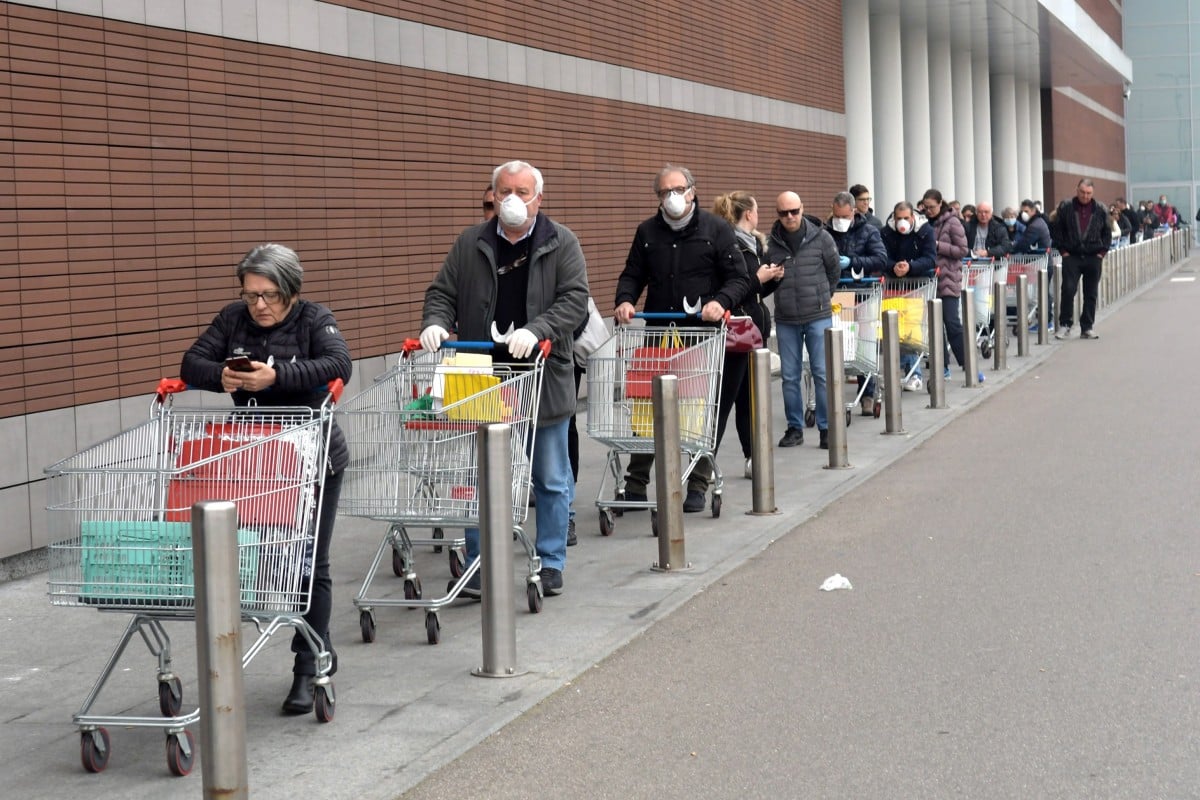 Every economic shock leaves a legacy. The deadly coronavirus will be no different.

The great depression spurred a “waste not want not” attitude that defined consumer patterns for decades. Hyperinflation in the Weimar Republic still haunts German policy.

The Asia financial crisis left the region hoarding the world’s biggest collection of foreign exchange. More recently, the 2008 global financial crisis drove a wedge through mature democracies that still reverberates, with workers suffering measly pay gains in the decade since.

This time it’s a public health emergency that’s shaking up the world economy. In just a matter of weeks, people in affected areas have become accustomed to wearing masks, stocking up on essentials, cancelling social and business gatherings, scrapping travel plans and working from home. Even countries with relatively few cases are taking many of those precautions.

Traces of such habits will endure long after the virus lockdowns ease, acting as a brake on demand. On the supply side, international manufacturers are being forced to rethink where to buy and produce their goods – accelerating a shift after the US-China trade war exposed the risks of relying on one source for components.

In the white-collar world, workplaces have amplified options for teleworking and staggered shifts – ushering in a new era where work from home (WFH) is an increasing part of people’s regular schedule.

Universities stung by travel bans will diversify their foreign student base and schools will need to be better prepared to keep educating online when breakouts force their closure.

The tourism sector is seeing the most drastic hit, with flights, cruises, hotels and the web of businesses who feed off the sector struggling. While tourists will no doubt be eager to explore the world and relax on a beach again, it may take some time before the industry that hires about one in 10 people recovers.

The virus has also turned the economic policy outlook on a dime and created new priorities. Central banks are in emergency mode again, while governments are digging ever deeper to find money to prop up struggling sectors. Hygiene is soaring up government and corporate agendas – indeed, Singapore already plans to introduce mandatory cleaning standards.

“This outbreak is unprecedented in terms of its nature of uncertainty and associated social and economic impact,” said Kazuo Momma, who used to be in charge of monetary policy at the Bank of Japan. Tighter borders controls, wider insurance coverage and lasting changes to working and commuting patterns will be just some of the microeconomic changes that will endure long after the virus, Momma says.

In China, where the virus first erupted in Wuhan late last year, the top legislature has already imposed a total ban on trade and consumption of wild animals amid scientists’ warnings that the deadly coronavirus migrated from animals to humans. Additional strict hygiene rules are expected that will accelerate a push by wary consumers to online shopping, similar to how the 2003 SARS outbreak changed shopping habits as people avoided the mall.

Analysis by Bain & Company found that China will see pronounced immediate changes in health care as more and more rudimentary check-ups and transactions are conducted through online channels to avoid the risk of contamination in crowded waiting rooms and wards.

Governments may spend much more on health care to avoid the massive cost associated with epidemics, according to a new paper on the macroeconomic impact of the virus published by the Brookings Institution and co-authored by Warwick McKibbin and Roshen Fernando of the Australia National University.

“The global community should have invested a great deal more on prevention in poor countries,” McKibbin said. He was also co-author of a previous paper that estimated the 2003 SARS outbreak wiped US$40 billion off the world economy.

Because no one knows how the virus will play out or what the final human and economic toll will be, economists caution against concrete predictions.

It could be that much of the disruption will revert to normal activity once the outbreak is contained, according to Nobel laureate Edmund Phelps of Columbia University.

“I think most businesses and certainly the behemoths in the US and elsewhere will not fail to go back to normal business practices,” he said.

Economists like Paul Sheard, a senior fellow at Harvard University’s Kennedy School, also caution that because no two economic shocks are the same, it’s far from certain what legacy this one will leave.

Fabrizio Pagani, a former adviser to the Prime Minister of Italy, draws on previous shocks for guidance.

“The oil supply shock in the 70s led to the first efforts of energy conservation and efficiency,” he said. “The demand shock determined by the great financial crisis was the rationale for a new, quite radical, regulatory framework across the banking and financial sectors.”

This time around, he expects changes to everything from online schooling and distance learning to industrial strategy as existing business models are reworked.

A triple convergence of Brexit, the US China trade war and now Covid-19 could reshape the world’s manufacturing supply chains, according to Michael Murphree, of the University of South Carolina’s Darla Moore School of Business.

Kathryn Judge, a financial markets and regulation expert at Columbia University, says the US banking crash of 2008 has left deep scars by fuelling divisive politics and declining levels of home ownership. The current crisis, as nations around the world take emergency steps to shield citizens from coronavirus infection, will have an impact too. 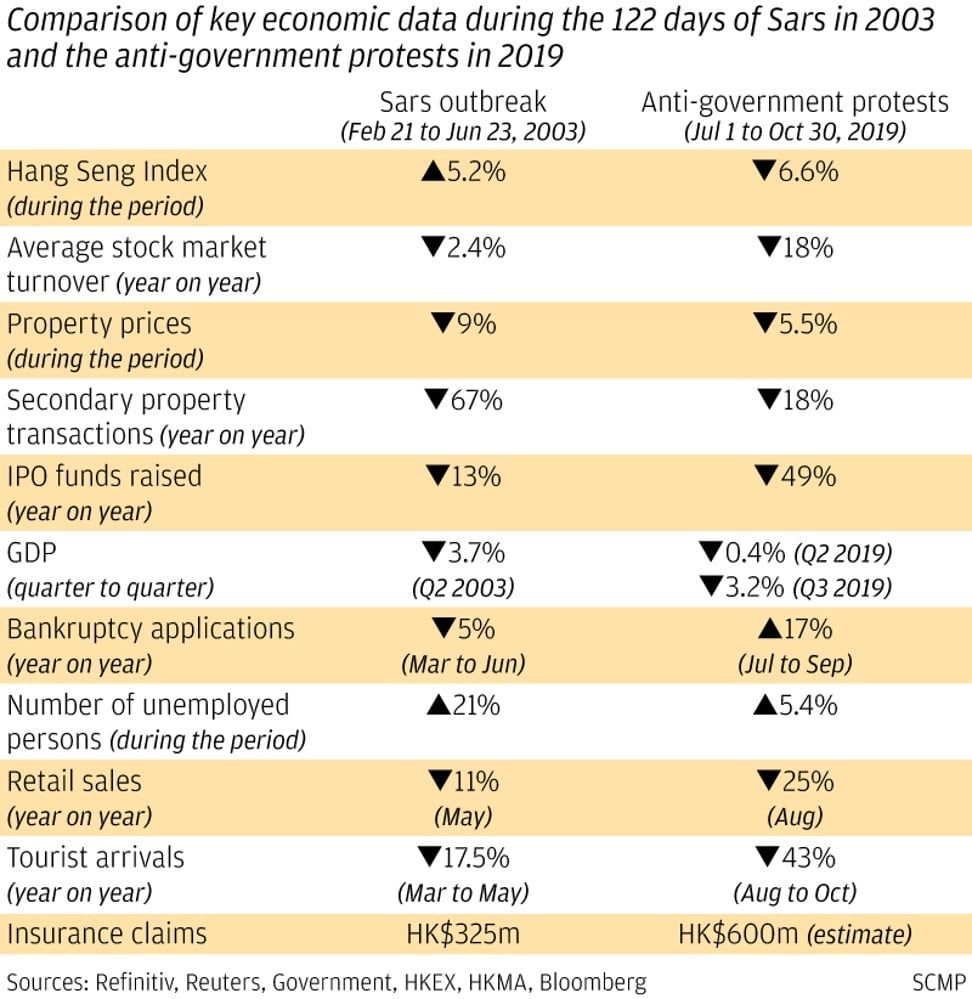 “Long-brewing debates about how to revamp the US health care system might benefit from a renewed sense of urgency, enabling structural change,” Judge said.

How that plays out on the political stage will be key. Would-be Democratic nominee Joe Biden is pushing a plan that would build upon Barack Obama’s Affordable Care Act. President Donald Trump, meantime, is downplaying the risk to the US economy posed by the coronavirus and sought to cast blame for the pandemic at other countries for what he labelled a “foreign virus.”

James Boughton, who served for decades at the International Monetary Fund, including as the fund’s historian, cites the collapse in South Korea and Indonesia as catalysts for change, provided governments act.

“Only in a crisis are governments able to rally people to accept necessary but painful reforms,” said Boughton. “Every crisis is also an opportunity.”

The worldwide coronavirus pandemic will change the way we shop, travel and work for years to come. History shows us how