Malaysia woke on Wednesday to widespread confusion and uncertainty on the first day of its nationwide lockdown aimed at stemming the spread of the coronavirus.

Train stations and roads were largely deserted, with only people employed in “essential services” – including health care and some government-linked agencies – making their way to work, while business at restaurants, allowed to serve only takeaway meals, slowed to a trickle. Supermarkets, which will remain open throughout the two-week lockdown, were also largely quiet with panic buying already having emptied most shelves of items such as milk and toilet paper.

The lockdown requires people to remain at home until the end of March, unless they are purchasing or delivering necessities, seeking health care or performing official duties. Anyone found breaching the order faces up to six months in jail, a fine, or both.

However, many Malaysians have been confused by conflicting signals from authorities. Workers in industries hit hardest by the virus, such as tourism, have resigned themselves to weeks of uncertainty.

“So far we haven’t heard anything about how small businesses and entrepreneurs will be supported by the government,” said Danny Mahes, a tour operator based in the northernmost state of Penang.

“A lot of my time will be spent thinking of contingencies and preparing for different scenarios. I’m trying to stay positive by spending time with family and reconnecting with loved ones virtually. I’d also like to learn a new skill, but the undercurrent of worry and uncertainty is always present.”

Despite restrictions, such as being urged to leave their homes only when it is essential, many members of the public remain optimistic.

“Actually this lock down has come at a good time,” said unemployed Daniel Subramaniam. “I just got a termination notice from my workplace last week and this lockdown is giving me some great space to work on my job applications and learn some new skills. I’ve just started an online course on data visualisation to work on that. Hopefully, the lockdown gets sorted out within the two weeks, if not it’s definitely going to be tough to proceed with the job hunt.”

Others, like freelancer Lancelot Theseira, are swiping their time away on online dating apps such as Bumble.

“But I’m not meeting anyone off these apps for a while for obvious reasons,” he clarified. “It’s just a nice way to chat with others and meet new people while stuck at home.”

Teacher Melissa Louis said she would be spending the time catching up on work.“ It’s like someone hit a reset button for me to take a breather. At the same time, I feel helpless that I can’t help the parents who are on the frontline and may not have a place to send their kids.”

Roads and public spaces in Kuala Lumpur on Wednesday morning were empty, with police estimating traffic at just 10 per cent of its usual levels.

CALM AFTER THE STORM

The scenes of quiet were a far cry from Tuesday night, when there had been a mass exodus as Malaysians scrambled to return to their hometowns or cross the Causeway into Singapore.

On Tuesday evening, police stations had been a hive of activity as thousands of Malaysians queued to obtain official permission to return to their home states, after the nation’s top policeman said inter-state travel would be banned save for exceptional reasons.

One hour before the ban was to come into effect, police representatives informed local media that it had been rescinded pending a meeting on Wednesday, though some outlets reported that the ban remained in place, causing widespread confusion. 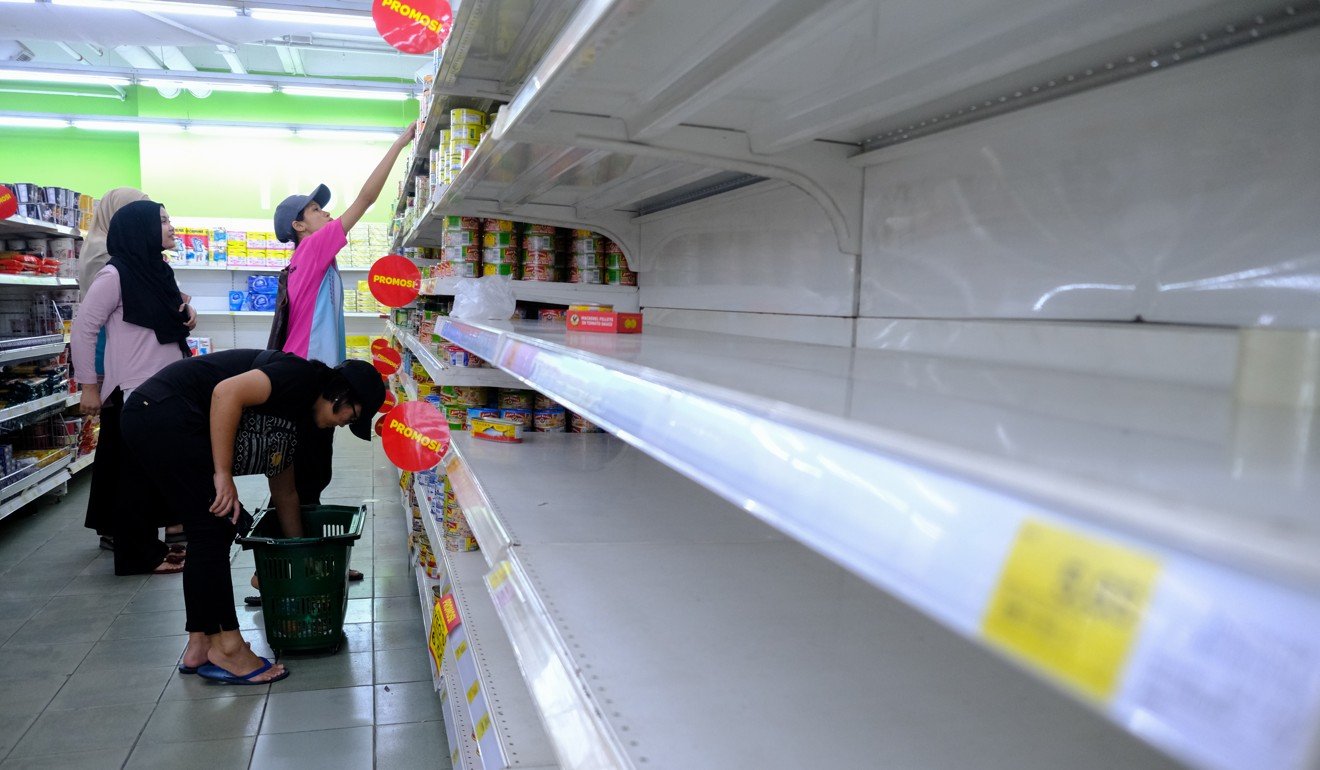 “Murder suspects also can come together and get their story straight. Why can’t this government just stick to one line?” asked automotive consultant and writer Aiman Abdullah on Twitter.

Some Malaysians were rushing to return to their home states to be with their families, while many others were students who had to vacate university hostels and had nowhere else to stay during the lockdown, which was announced on Monday evening by new Prime Minister Muhyiddin Yassin.

Adding to the uncertainty was a statement from the National Security Council, which said on Twitter that inter-district travel would require police permission. This raised concern among people living in the capital Kuala Lumpur and its surrounding state Selangor, as it is not possible to traverse one without entering the other.

Bus stations had been packed to the brim with thousands of Malaysians attempting to book tickets home, while more than 10,000 Malaysians working in Singapore rushed to re-enter the city state before Malaysia closed its borders at midnight.

On social media, the public have criticised the authorities for creating situations that encouraged Malaysians to gather en masse, pointing out that such crowds created an ideal breeding ground for the coronavirus.

There were also fears the mad rush to leave Kuala Lumpur and Selangor would spread the virus to rural areas, where health care is less accessible.

Also on Wednesday night, state water provider Air Selangor reported that areas in Selangor and Kuala Lumpur faced unplanned water disruptions due to potential contamination, causing people to begin storing water in buckets and bathtubs. However, by midnight the state government said the problem had been rectified.

The lockdown – also referred to as a “restricted movement order” by the government – has been criticised by some public health experts who have called it too drastic a move. Others have said that while the measures are reasonable, the government’s implementation and decision-making has been too unpredictable and rushed to reassure the public.

The exclusion of five opposition-led states from a federal coronavirus briefing also angered Malaysians, who on social media accused the government of putting lives in those states at risk. Opposition politician Mukhriz Mahathir, a state chief minister, asked “are the people of Kedah, Selangor, Negeri Sembilan, Penang and Sabah not eligible to receive any protection from the outbreak just because of politics?”

Muhyiddin’s government took power in early March not through democratic elections, but after Mahathir Mohamad resigned as the prime minister of the previous Pakatan Harapan government following a political coup.

The country reported 120 new cases on Tuesday – 90 of which are linked to a mass Islamic religious meeting last month, according to the health ministry – following an increase of 190 cases over the weekend and 125 cases on Monday. These brought Malaysia’s total number of cases to 673.

The nation also recorded the first two deaths from Covid-19 – the disease caused by the coronavirus – on Tuesday, a 34-year-old man and a 60-year-old man.

Under the order, houses of worship and business premises must be closed except for supermarkets, public markets, convenience stores and shops selling everyday necessities. Friday communal prayers have been suspended.

Malaysians returning from overseas must undergo a health check and self-quarantine for 14 days. Restrictions have also been imposed on the entry of tourists to Malaysia, but foreigners will be allowed to leave the country.

Nationwide, all kindergartens, primary and secondary government and private schools, as well as all public and private higher education institutions and skills-training institutes, will be shut.

Essential services such as banking, utilities, post, water, immigration and broadcast and telecommunications can remain operational.

Coronavirus: Malaysia warns of ‘tsunami-like’ third wave of infections if lockdown not respected

Malaysia’s coronavirus lockdown: confusion, uncertainty and for some, more time for online dating

Confusion and Malaysia warns of ‘tsunami-like’ wave of Covid-19 infections if Movement Restriction are not obeyed.