These central banks are acting like they can save the world, but markets are unconvinced. It seems that the central banks, after playing markets like maestros with quantitative easing and extremely low interest rates, have finally met their match in Covid-19.

Central bank moves are sustaining the largest financial bubble in human history. After 2008, these banks helped the global economy recover by jacking up asset prices through quantitative easing. The high asset prices encouraged investment fuelled by cheap funding and boosted consumption through the wealth effect.

This Ponzi scheme keeps going as long as inflation doesn’t rise and speculators remain enthusiastic. The coronavirus is sending shivers down the spines of speculators, with good reason. Central banks just don’t have the power to drive these fears away.

The coronavirus is a shock for both supply and demand. Some areas are more affected than others. Monetary policy is not effective at addressing such a complicated blow to the system.

The tourism sector, for example, has been hit hard. One tenth of the world’s labour force depends on tourism directly or indirectly. Lower interest rates and high stock prices won’t convince people to go travelling again. That depends on whether the coronavirus is under control. Central bankers are deluded if they think monetary policy can soften this blow.

At best, by lowering interest rates, central banks can delay debt crises by weeks, but not months. Airlines and cruise ship operators are capital intensive and heavily leveraged. If the coronavirus isn’t brought under control this year, as experts now believe, many nonbank lenders that hold such assets will go bankrupt.

Potentially, trillions of dollars in loans could go bad. The banks that lend to these nonbank lenders may go bust and trigger another global financial crisis.

The prices of underlying assets – commercial real estate – will collapse in value. The banks that fund these assets will face a capital crisis. This, again, could trigger a global financial crisis.

Residential real estate is a third area of concern. While the 2008 financial crisis was triggered by real estate speculation, the prices of residential properties in major cities are much higher now, relative to income, and underpinned by more debt financing.

If rental income supporting debt repayment dries up, many property owners will be forced to sell. However, it is unlikely that people would be enthusiastic about property speculation at this time. Hence, demand will keep falling.

The squeeze may trigger price crashes like those in 2008 or 1998. It won’t be pretty for the banks that fund these extremely expensive markets.

As the coronavirus goes global, so does supply chain disruption. When an employee at a factory or warehouse gets infected, the cascading quarantines slow production or shipping. Also, as city lockdowns become common, business disruption becomes widespread. It is hard to see how lower interest rates would help here, either.

The central banks’ real intention, especially the US Federal Reserve’s, is to give speculators a shot in the arm and hope they become oblivious to developments in the real world. However, speculators are driven by greed and fear, and at the moment fear is winning.

East Asian economies are pursuing much better policies by providing fiscal relief to the worst-hit sectors. Rent relief, tax reductions and cash subsidies to small and medium-sized enterprises in the retail and catering business, for example, are effective. Big and unusual central bank actions could make people more fearful. 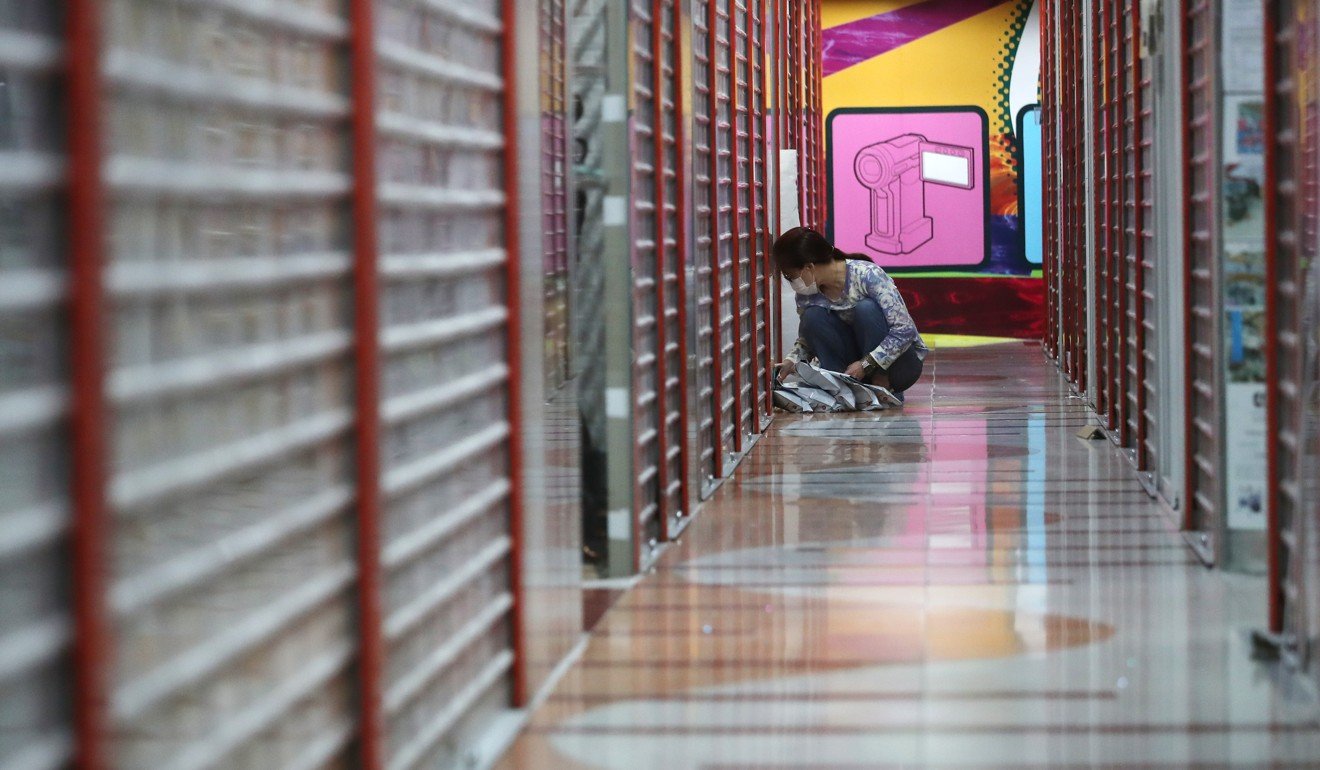 The coronavirus is a painful reminder to the financial world that risk is real. As central banks have been providing an increasing amount of liquidity since 2008, governments, businesses and speculators have piled on debt, believing that risk doesn’t exist.

The central banks that have created this world are terrified of a crash. Of course, it is in the nature of debt bubbles to burst. The coronavirus may be the trigger, but is not the cause. Central banks are the real culprits. When the next financial crisis comes, possibly in a few months, blame central bankers.

The West, especially the United States, has long been waiting for a financial crisis in China. After 2008, many expected China to be the epicentre of the next crisis. Instead, the coming crisis is likely to again stem from the US, Europe or both.

China’s government has its flaws, but it is good at maintaining stability and playing the long game.

While the coronavirus is a massive shock to China’s economy and many businesses have recorded negative cash flows, the government, which owns and controls the financial system, can ensure lenders hold off collecting from troubled companies. This is not good for efficiency, but excellent at postponing the day of reckoning.

Another financial crisis may finally wake up the world to the bubble-inflating philosophy of modern central banking. Bubble-induced prosperity widens inequality, which breeds political instability and impoverishes future generations with debt. Freewheeling central banks are the real enemies of the people.

Three Ways Covid-19 can cause a Global Financial Crisis