KUALA LUMPUR: A devoteee with the Brahma Kumaris spiritual centre told the Session’s Court today that she was raped by a religious teacher in Bangsar in September last year despite telling him that she wanted to keep her virginity.

The Brahma Kumaris follower from Jasin, Melaka, said she had been a devotee since she was 7 years old and had been living in the hostel since the end of 2017.

“I got a job at Pantai Hospital, Bangsar, and because it was near Brahma Kumaris, my grandmother told me to live in the hostel for safety reasons,” she told the court on the first day of trial of religious “guru” S Baskaran, 47. 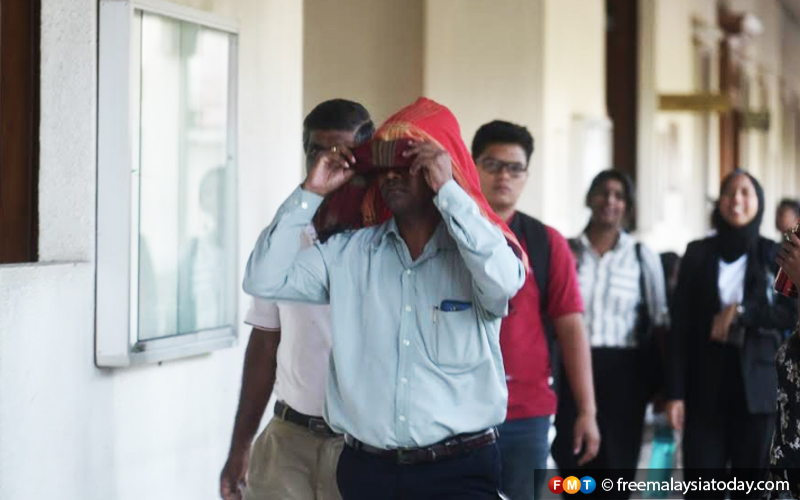 S Baskaran, a senior Brahma Kumaris teacher, is charged with raping a devotee.

Baskaran, an engineer, was charged in the Sessions Court in September last year with raping the devotee on Sept 14, 2018.

He has pleaded not guilty.

The devotee said Baskaran had taken her to Bukit Tinggi, Pahang, on Sept 13 last year as he claimed that he wanted to talk to her about the two of them and the centre in Bangsar.

“But he was indecent. He tried holding my hand. He tried hugging me. He tried kissing me. But I stopped him from doing that and told him to drive me home,” she said, adding that he tried to do the same in the car.

She said Baskaran apologised when they were reaching the hostel and said he had no bad intention and was “overcome by sexual desires”.

After that, she alleged that he tried forcing her mouth down to his private parts but she managed to pull away.

She then quickly washed her mouth with a bottle of water that she had with her and asked him to send her back to the hostel.

She said Baskaran called her the next day to apologise, stating that “he did not do it purposely. And that he regretted his actions.”

She said he wanted to meet her again and she agreed to meet him outside the hostel. They met in the car.

“I thought to myself that he had been a spiritual guru for 20 years. He had done something that was not good and he regretted it,” she said in Tamil which was translated into Malay by the court interpreter.

She alleged that after talking for almost half an hour in the car, he asked for a glass of water.

She went to the first floor of the hostel to get the water and placed her handbag on the dining table.

“When I went to the ground floor, he was in the living area. I gave him the glass of water and went upstairs to get my bag before going to the third floor to my room,” she added.

The devotee said she was about to drink some water in her room when Baskaran held her tightly from behind and dragged her to the bed.

She said Baskaran had pulled down her pants and pinned her down.

“I was shocked. I felt paralysed and didn’t know what to do. No one was at the hostel.

“I tried to push him but I couldn’t do anything, he was on top,” she said in tears, adding that she told Baskaran that she wanted to keep her virginity.

She alleged that Baskaran told her he was doing this as he did not want her “to go to someone else”.

After the rape, she alleged that Baskaran had covered her with her blanket and declared that he loved her.

Raped in a Brahma Kumaris Hostel by a Senior BK Teacher

This article is Google translated into HINDI: