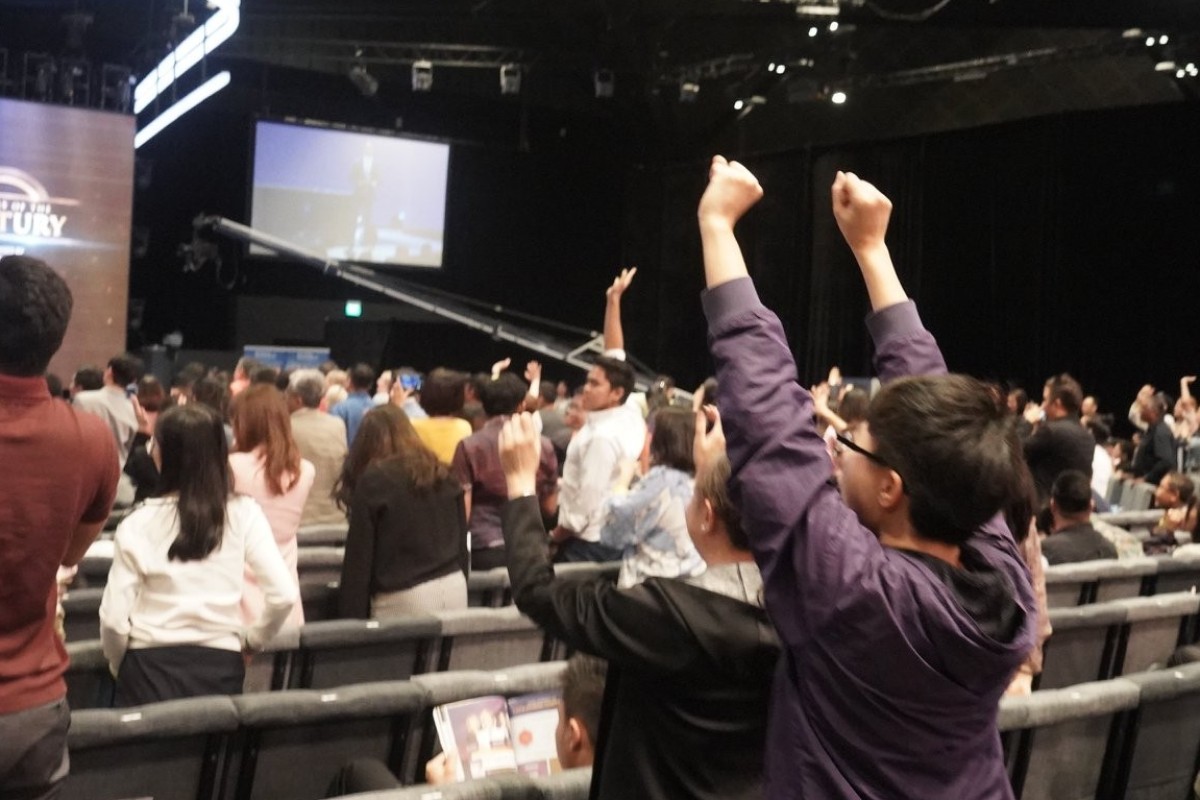 The Masters of the Century seminar, held in Singapore in October, was the equivalent of a Coachella festival for celebrity motivational speakers.

For the uninitiated, the two-day Masters of the Century seminar by Success Resources in October at the Lion City’s Suntec Centre was the equivalent of a Coachella festival for celebrity motivational speakers, complete with a whooping 5,000-strong crowd fervidly taking notes. In between the tutorials, attendees networked or bought books, weaving in and out of banners displaying platitudes such as “A vision without an action plan is akin to a car without fuel”.

Tickets, which sold for up to S$2,177 (US$1,600), were highly sought by professionals, entrepreneurs and corporate bigwigs across the globe, hankering after insights on “growing your business, building your wealth and making a career out of your passion”.

Headliner Robert Kiyosaki, author personal finance book Rich Dad Poor Dad, which has sold more than 32 million copies since its release in 1997, strode on stage to Queen’s We Will Rock You, before delivering his take on the state of the world economy (“fake money, fake assets”) and education systems he said grossly neglected financial literacy (“fake teachers”). The audience lapped it up.

Ultimately, he mused, true success boils down to a person’s innate desire to grow and retain wealth. “Most of the people in the middle class are poor, but they look rich. They have nice houses, nice cars, nice clothes. They might drive a Mercedes and live in condos. But they’re broke.” They are saddled with debt, he said. “But even then, you look at professional athletes in America – most of them are millionaires in their 20s, and flat broke in their 30s. So it’s not about the money. You have to have it inside of you.” 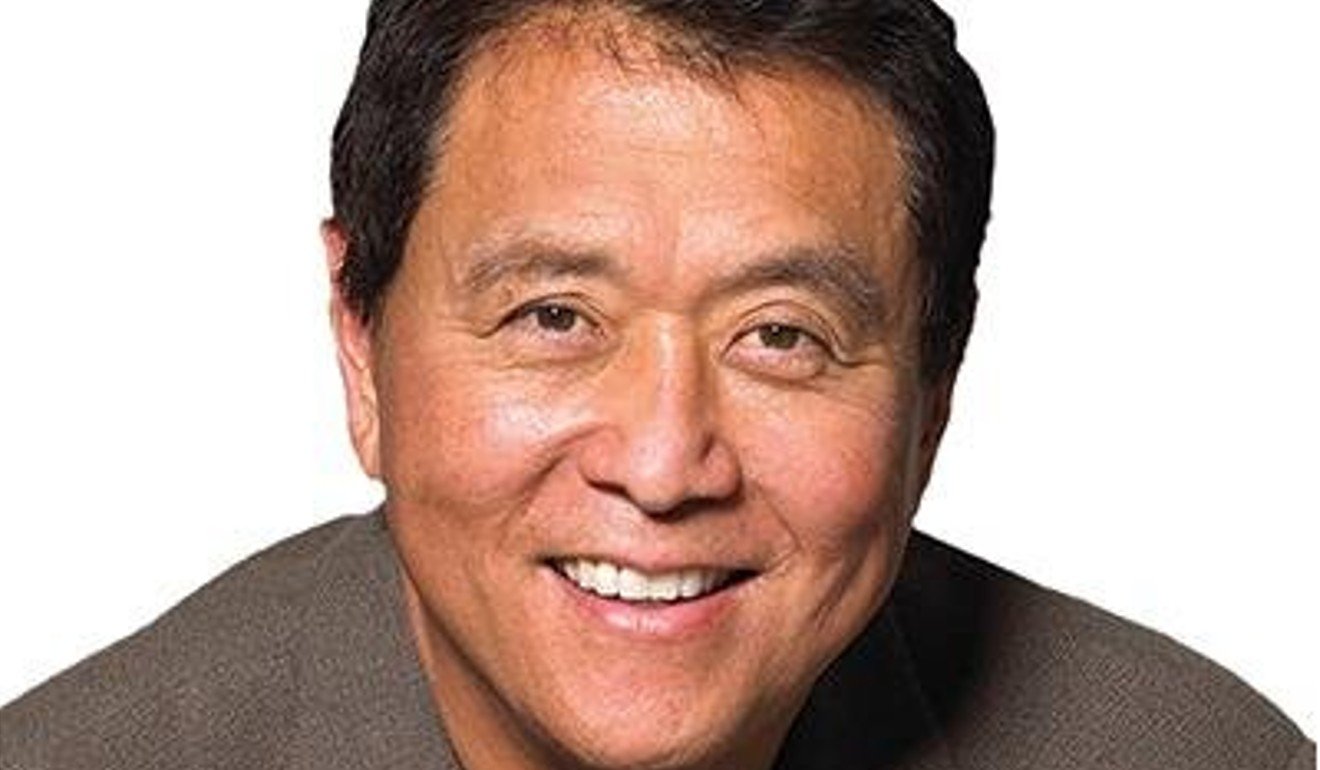 Robert Kiyosaki headlined the Masters of the Century seminar in Singapore.

Marketing wunderkind Jay Abraham echoes the sentiment. The founder and CEO of The Abraham Group has an estimated net worth of US$10 billion, as well as a cult following. He said most people who attended similar mass events were primarily seeking “intellectual entertainment”. Many felt they had done something just by attending a talk, or had vague plans to act, he believed. Most wanted a “panacea”. Abraham has now become so disenchanted with this situation that he prefers small-group engagements – for which he earns US$50,000 – reserved only for those most likely to act on his strategies. 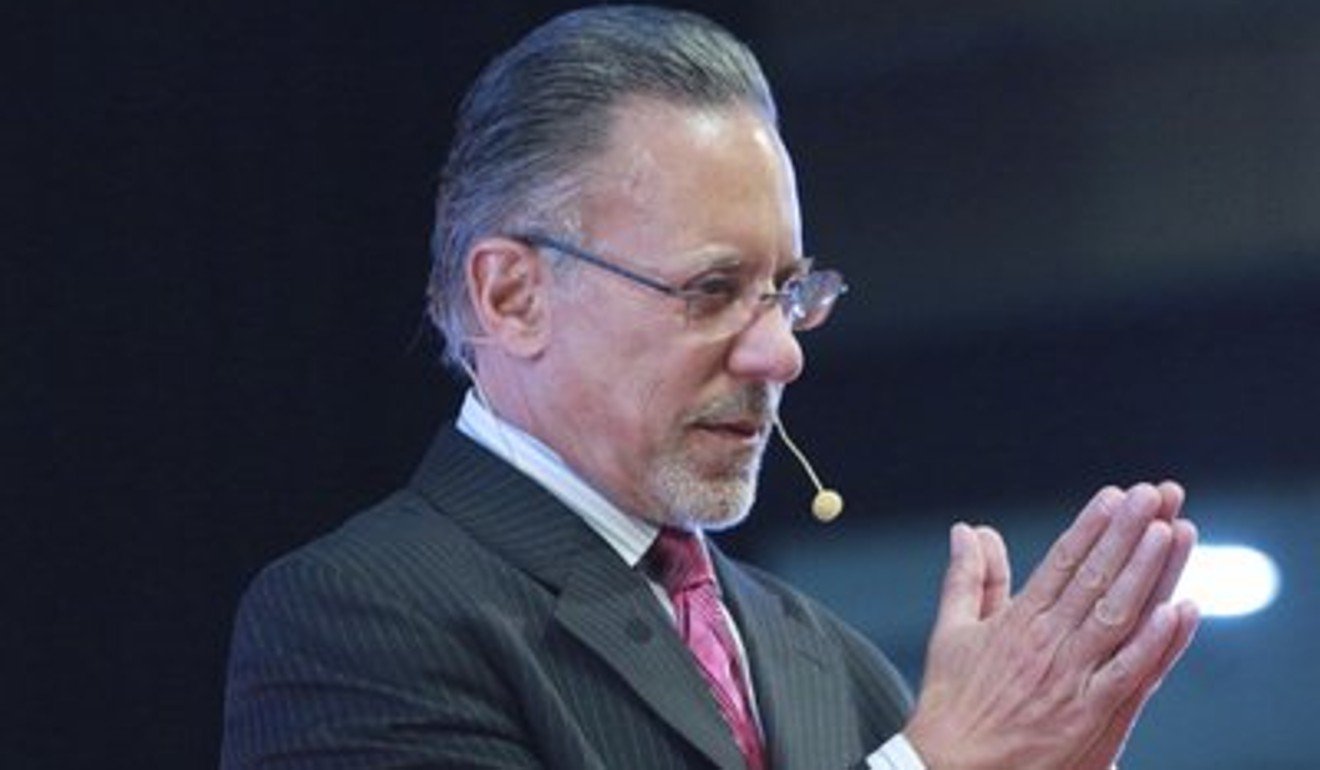 Marketing guru and motivational speaker Jay Abraham has an estimated net worth of US$10 billion.

The modern self-help sector traces its beginnings to advocacy groups such as Alcoholics Anonymous – founded in 1935 – and its 12-step recovery approach, which relied on participants sharing their experiences.

By the 1960s, hippie counterculture in the United States, which borrowed heavily from Eastern philosophies, had spawned the Human Potential Movement, advocating the notion that anyone could experience an exceptional quality of life simply by living more consciously. These beliefs drove a spike in literature promoting methods for “self-actualisation” and large group training events that encouraged physical, mental and emotional techniques to improve life.

In the 1990s Tony Robbins released his bestseller Awaken The Giant Within, which is said to have inspired many CEOs to success. Also selling bucketloads were The Celestine Prophecy by James Redfield (1993) and Kiyosaki’s Rich Dad, Poor Dad. Their ideas transitioned to Asia over the decade and gained traction as the region went through the turmoil of the 1997 financial crisis.

Richard Tan, the group’s chairman of Success Resources, credits the demand in Asia to a desire for continued learning. Founded in 1992, the firm made its mark introducing the faithful to Robbins, and now has events in 30 countries and 70 cities.

Yet the outfit is not without critics. Among the more researched and eloquent of the detractors is Mike Winnet, who touts himself as Britain’s No 1 “demotivational speaker”. He attends seminars incognito to create exposés on his YouTube channel, calling himself the antidote to “contrepreneurs” who sell instant success formulas to “wantrepreneurs” destined to lose their money.

His videos take to task Success Resources events in Birmingham, where headliners only speak in short spurts at the start and end of the day and put audiences through lesser-known speakers pitching products the rest of the time.

Reviewing this year’s National Achievers Congress, tickets for which sold for up to £3,499 (US$4,520), Winnet scathingly pointed out that speaker Grant Cardone “dropped nuggets like ‘sell your house and start renting’, ‘don’t have a nest egg’, ‘don’t have an emergency fund’ … This guy is nuts. Why people still get inspired by him is beyond me!” 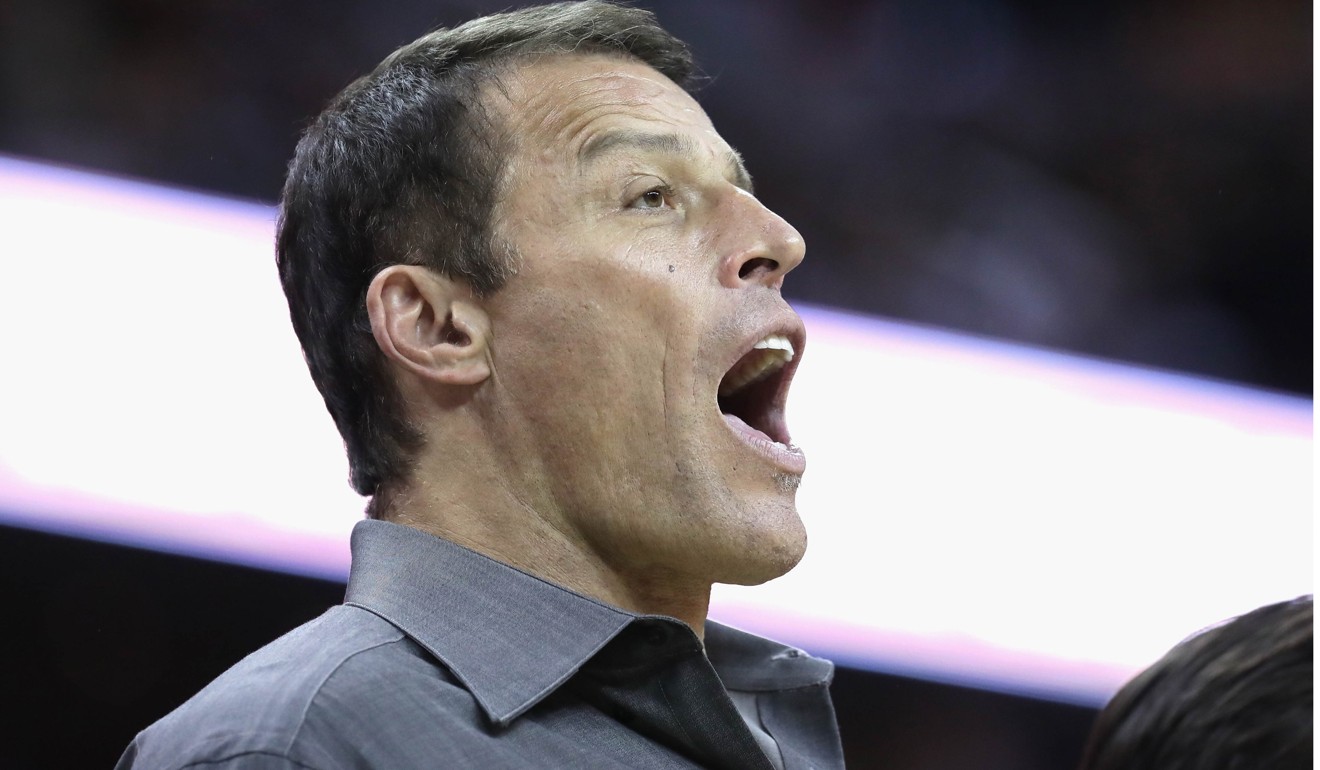 Read about: The #MeToo Movement brought down Tony Robbins plus the Shocking Exposé by former Director of Security Gary King

But attendees at Singapore’s Masters of the Century were undaunted by such reports. Some said they spent up to S$10,000 a year plus travel expenses to hear their favourite motivators. “You look for two to three nuggets of knowledge, and that’s the game changer.”

Estimates in 2016 of the size of the American self-help industry valued the sector at about US$9.9 billion. That included motivational speaking, public seminars, training companies, weight management, infomercials, self-help books, audiobooks, personal coaching, and apps.

Its original model, driven by gurus with cult followings, is giving way to digitalised content directed at millennials, including webinars, influencer-driven self-care apps and other technology intended to promote quantifiable measurable progress.

Sensor Tower reported that in 2018 the top 10 grossing self-care apps earned US$15 million in the first quarter alone. By the end of 2018 Apple had named “self-care” the biggest app trend of the year.

But motivational speakers continue to command huge money, with the top nine raking in a combined US$200 million last year. And new players are muscling into the market.

Kiyosaki’s wife Kim and her team – including Lisa Lannon, Ceil Stanford and Ronda Jaggers – in October anchored Rich Women, a two-day women-only masterclass on the side of Masters of the Century.

Kiyosaki’s wife Kim and her team – including Lisa Lannon, Ceil Stanford and Ronda Jaggers – in October anchored Rich Women, a two-day women-only masterclass on the side of Masters of the Century.

Moneymakers or fakers? The rise in Asia of get-rich-quick speakers

My Working Experience with MLM Business Cults like Nu Skin and Amway, and the Mormon Cult Networking