Historian Wang Gungwu said yes to becoming vice-chancellor of the University of Hong Kong in 1985 partly because he wanted to see for himself the British colony’s transition into a special administrative region of China operating under the principle of “one country, two systems”.

Under the framework devised by China’s paramount leader Deng Xiaoping in the early 1980s for Hong Kong after its handover by the British in 1997, the city was promised certain freedoms not allowed on the mainland.

But Wang said it was difficult to know at the time exactly what the balance between “one country” and “two systems” should be. Chinese leader Deng Xiaoping with British Prime Minister Margaret Thatcher in 1984, during one of their meetings leading up to the signing of the Sino-British Joint Declaration on the future of Hong Kong. Photo: AFP

In an interview with This Week in Asia in Singapore to coincide with the launch of his new book China Reconnects , he said both Beijing and Hong Kong had been trying hard since the 1980s to make the “one country, two systems” principle work.

“On the question of democracy, Hong Kong people have high expectations. The Chinese, of course, don’t really want democracy, and that was quite clear from the beginning,” he said.

Born in Surabaya, Indonesia, in 1930, Wang was raised in Ipoh, Malaya, completed his secondary education in Anderson School, Ipoh, before being sent by his family to the National Central University in Nanjing in 1947. In December 1948, on the eve of the Communist army’s victory in the Chinese civil war, he returned to Malaya via Hong Kong. Wang Gungwu as a teenager in Ipoh, Malaya, in 1947 before he set off for Nanjing and passed through Hong Kong on a voyage to Shanghai.

After his decade as HKU vice-chancellor, he helmed the National University of Singapore’s East Asian Institute for over two decades, and was chairman of the board of the university’s Lee Kuan Yew School of Public Policy for 12 years.

“But the benefits [to China] have been getting fewer and fewer, particularly when all industries have moved to the mainland,” he said. “Hong Kong actually has no industry, it is purely a financial centre. If a financial centre runs into such difficulty as [Hong Kong experienced] during the financial crisis of 1997-2000, some of the shine is gone.”

Wang felt some on the mainland would have liked to see Hong Kong outdone.

“You know how hard the Chinese tried to create a new financial centre in Shanghai,” he said. “The fact that they didn’t succeed is not because they didn’t try.

“Hong Kong people know that the Chinese would have loved to move the financial centre to Shanghai, but they couldn’t do it. This is Hong Kong’s strongest card – the contribution of its financial services to China.”

He is confident that Hong Kong remains valuable to China, pointing to the Greater Bay Area plan that comprises Hong Kong, Macau and nine Guangdong cities to create a hi-tech innovation hub to rival California’s Silicon Valley. The cities under the plan will also link up with Guangxi province, which connects the country to Southeast Asia, ensuring that Southern China will have an increasingly important role in China’s economic development.

“Hong Kong should provide the kind of law, the kind of protection that makes people feel confident in Hong Kong,” Wang said. “All these are assets for China. I don’t think they are stupid to let these assets go.” 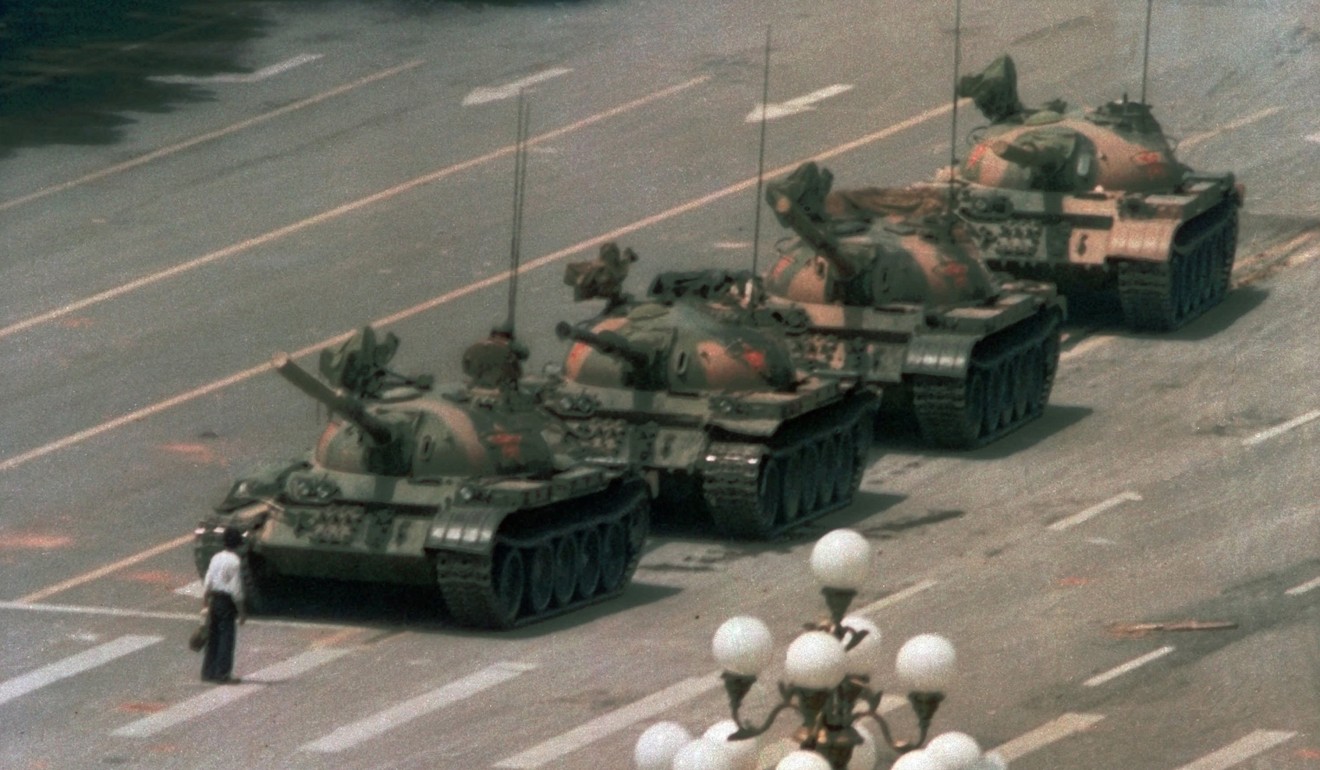 “Tank Man”, one of the iconic photographs to emerge from China’s crackdown in Tiananmen Square in June 1989. Photo: AP

There was no lack of challenges during his decade at HKU, but what remains unforgettable is the 1989 Tiananmen Square crackdown in Beijing and its ramifications.

Nearly eight weeks of student-led demonstrations against corruption, and calls for democracy had a profound impact on people in Hong Kong, then a British colony of 5.6 million people. On May 21 and May 28 that year, more than a million people took to the streets of Hong Kong in a show of solidarity with the protesters in Beijing.

Then, in the early hours of June 4, the People’s Liberation Army stormed the square. Hundreds – perhaps more than 1,000 – of protesters died. The crackdown shocked the world and especially the people of Hong Kong.

“I felt very strongly about this because when it happened, three student union leaders of HKU were in Tiananmen Square,” Wang recalled.

The students had taken with them funds raised in Hong Kong to support the Beijing protesters.

“When June 4 happened, they were still up there and we lost contact with them for several days. We didn’t know what happened. We were very fearful.”

The day after the crackdown, Wang was scheduled to speak at a graduation ceremony at the Chinese University’s Chung Chi College.

“I had a sleepless night,” he recalled. “The moment I started to mention the fact that our students were involved, tears welled in my eyes. I couldn’t help myself.”

Wang said the Tiananmen Square crackdown affected how Hongkongers felt about Beijing and their disillusionment was very strong.

The fear of communist rule prompted a wave of emigration, with thousands queuing outside foreign consulates for application forms to leave Hong Kong.

After the crackdown, Wang was appointed to the Executive Council, the city’s top decision-making body.

He took part in two key moves that were regarded as morale boosters for Hongkongers: the expansion of places for higher education and building a new airport.

The new airport opened in 1998 and has become the lifeblood of Hong Kong’s economy.

Looking back at his long career, the eminent scholar said he never set out to be a historian. “I started [off being] very fond of literature and wanted to be a writer,” he said. “But I realised later I was not good enough to be a good writer. Then I found that learning about the past helped me to understand the present.

“I became a historian in order to know the world today, to better understand my own times, my own world and even my friends – to understand them better, I needed to know the past.”

Hong Kong expects democracy, the Chinese don’t want it. It was clear from the start: historian Wang Gungwu