I escorted some VIP Speakers to Centre Stage, the most important stage in RISE.

My highlight of Rise Conference was escorting Tony Fernandes (Group CEO, AirAsia) and handling Speaker & Guest Protocols of his 10-member entourage. Not surprisingly many attendees have not heard of Tony Fernandes even though most have heard of AirAsia.

Judging from the crowd, Tony Fernandes was one of the top three most popular Speakers besides Thuan Pham (CTO @ Uber), and Min-Liang Tan (Co-founder & CEO @ Razer).

Tony Fernandes, the PR Opportunist: a Costly Lesson in Integrity

Read one of the best and most insightful interviews ever written about Tony Fernandes – from a good journalist friend of mine Fionnuala McHugh we met again in Rise Conference2019: 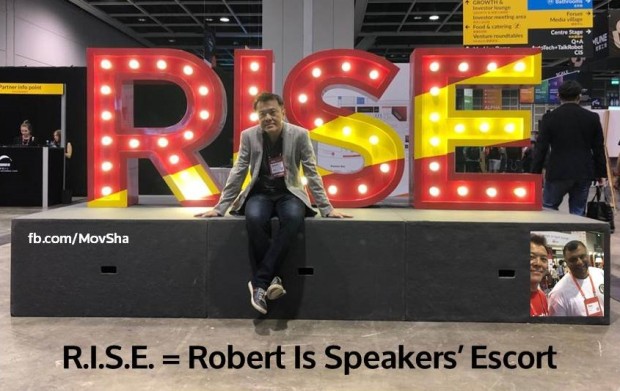 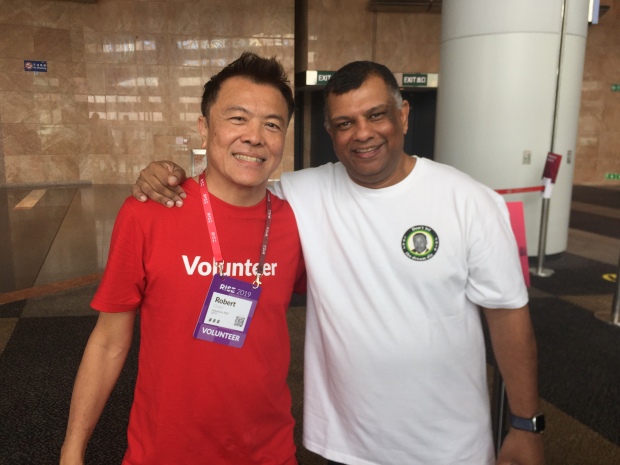 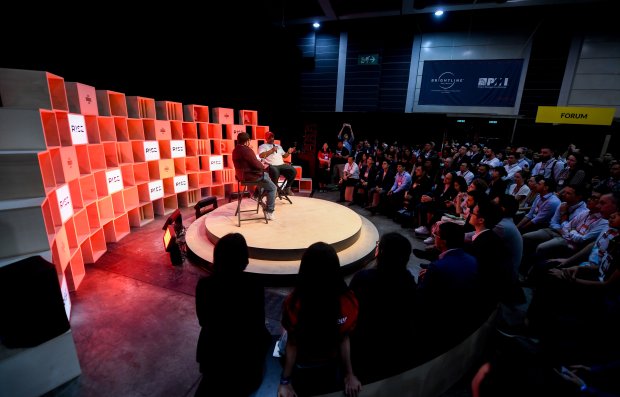 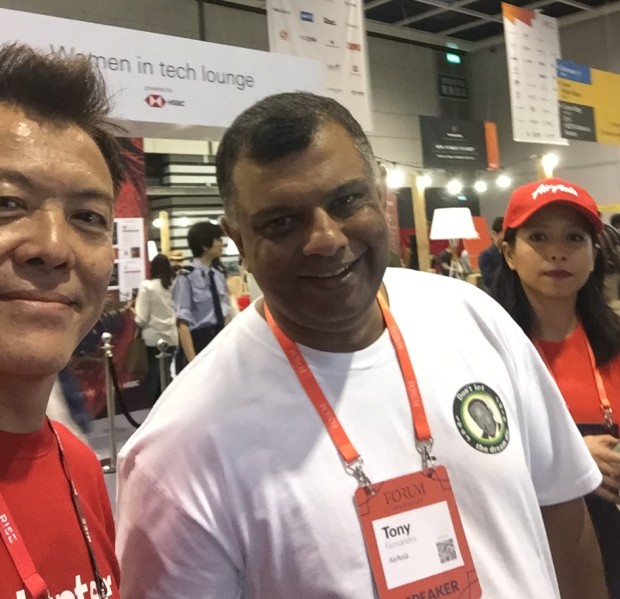 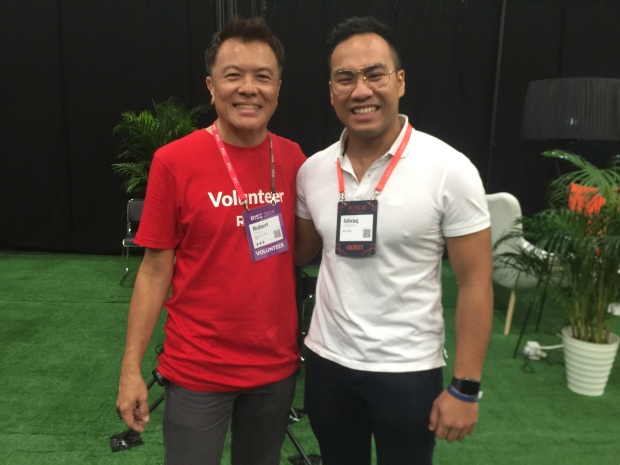 Ishraq Kamarudin (Executive Assistant @ AirAsia), eldest son of Kamarudin Meranun (Chairman of AirAsia). Ishraq hired one of our ChangeU Intern of the Year 2015 for his own business: Michelle Chen. Michelle now works for AirAsia. 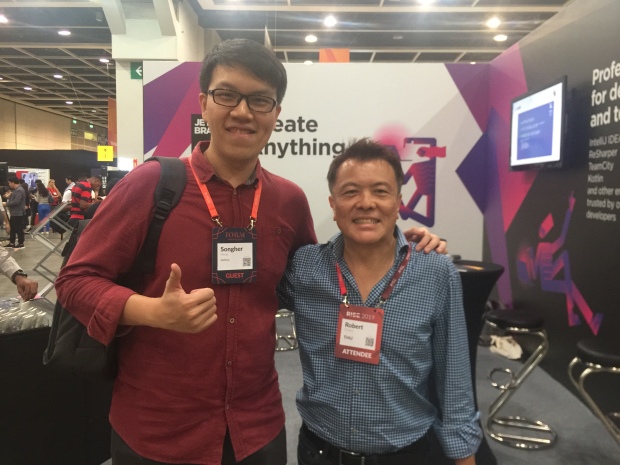 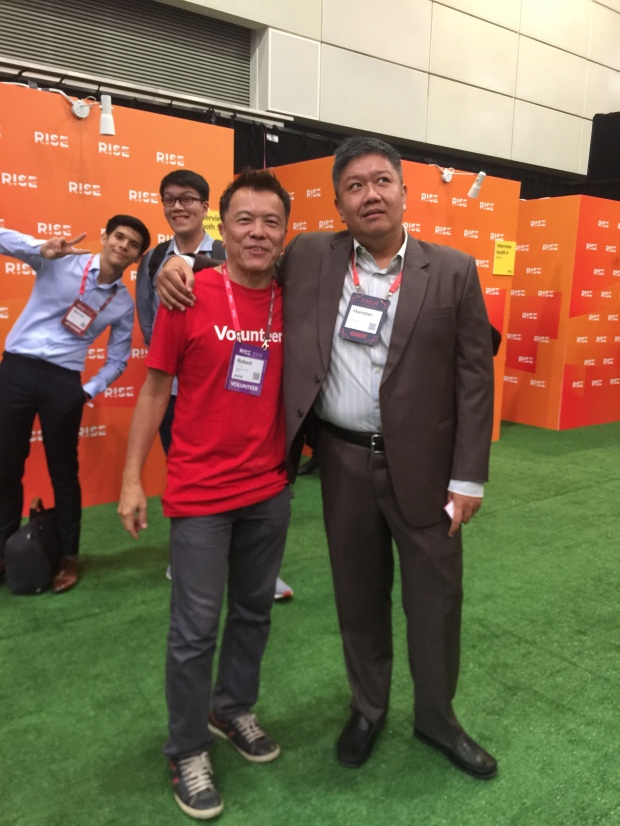 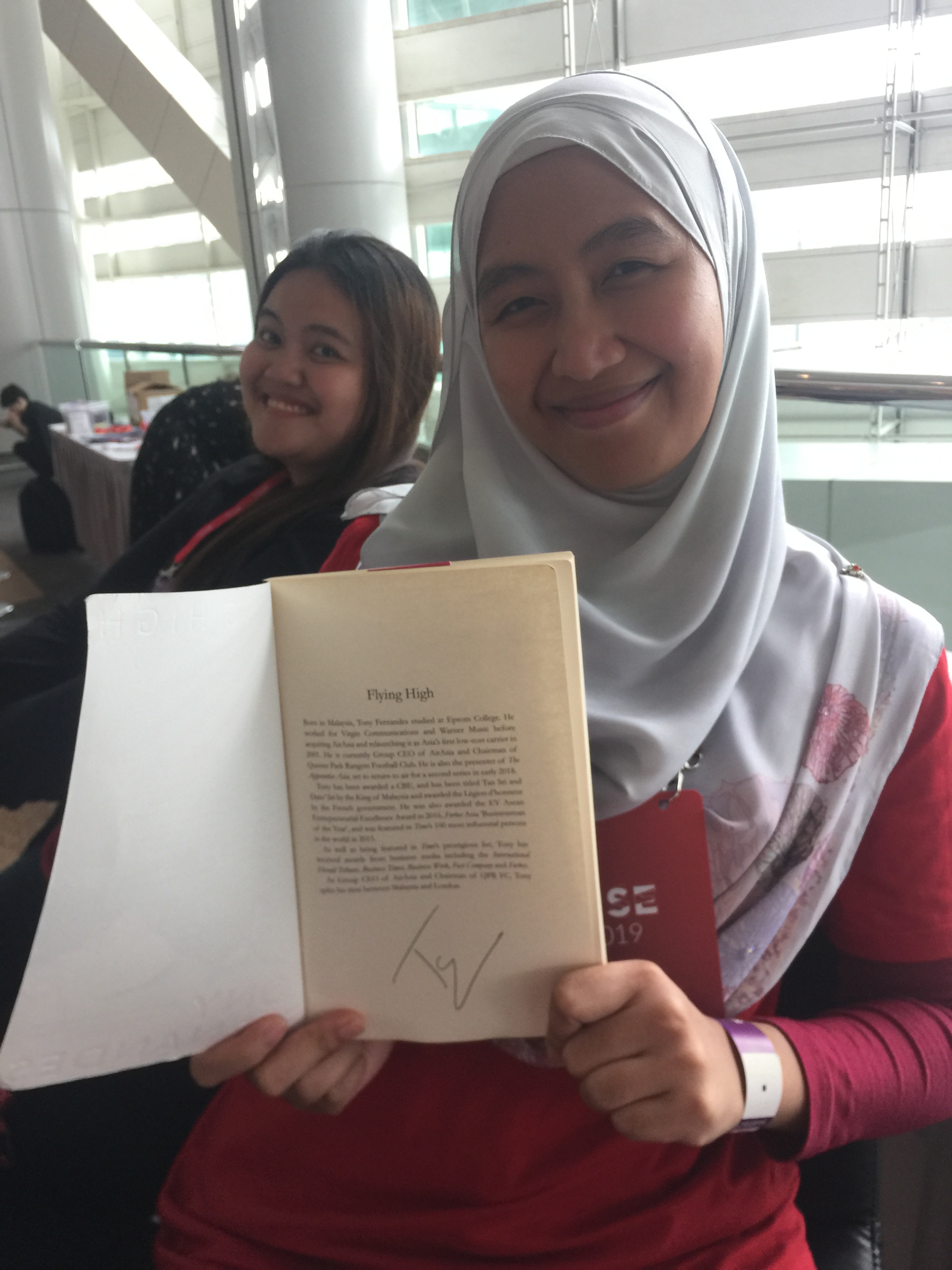 Helped this Malaysian RISE Volunteer to get Tony Fernandes to sign her TF Book, as I was the Speaker’s Escort for Tony Fernandes. – with Dr. Liyana Faiza (background)

Read about (with Photo Gallery) >>

My Experience as a RISE Volunteer, an Attendee, and a VIP Speaker Escort in Asia’s Biggest Tech Conference

My Highlights: Being a RISE Conference VIP Speakers’ Escort at the Speakers Registration Counter 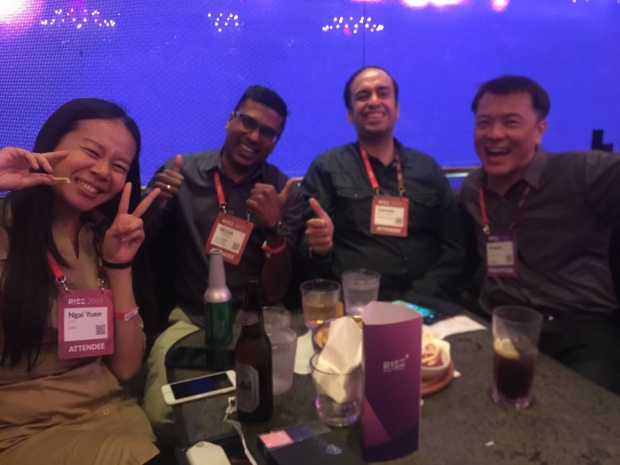 My Rise Conference Volunteer Experience and My Favorite Rise Volunteers