SIDENOTE (13th March 2020):
8 months after my simple GA surgery, I realized that the whole hospital surgery experience was Angel Brenda’s PREMONITION to the massive global hospitalization of CORONAVIRUS Pandemic of millions of cases, and hundreds of thousands of deaths.

A small boil started suddenly around 3rd July 2019 (Wednesday) in my right groin-hip area – from nowhere. I don’t know it was from an insect bite, but likley it’s from internal. By 7th July (Sunday) it was bigger, super sensitive, and painful. My doctor brother Dr. Andrew gave me antibiotics. It seemed to stop it from growing bigger for 2 days.

There I was a Volunteer for RISE Conference for 2 days helping Speakers & their Guests (entourage), Media, Investors, Entrepreneurs, and Attendees; and an Attendee for 2 days (Monday to Thursday), and 4 evenings of social networking in some of the best pubs in Hong Kong – from 8th to 11th July 2019.
(read my RISE Conference experience coming up in this week).

The day after RISE was over, I showed a photo of my boil to Andrew. He remarked that it had grown much bigger with puss, and it looked bad. He suggested me to get treatment in Accident & Emergency (A&E), North District Hospital (NDH) in Sheung Shui, Hong Kong.

So I went from a “super high” meeting and mingling with top global tech speakers, entrepreneurs, industry leaders, and escorting Tony Fernandes and his AirAsia entourage in RISE Conference to suddenly a sobering time warded in a Hong Kong hospital.

Escorting Tony Fernandes and his AirAsia entourage in RISE Conference

On Friday evening (12th July), instead of going to some invited fun, social events, I registered myself in NDH. After waiting 6-7 hours, the first A&E doctor instructed me to check into Surgery Ward. Around 2:00 am Dr. Szeto said she would conduct an I&D (Incision & Drainage) Surgery on my big carbuncle – under General Anesthesia (GA). I was surprised. I really didn’t expect to do a GA.

My LAST MESSAGE before going into a General Anesthesia (GA) Surgery:
I was given an elaborate Warning and had to sign probably a Disclaimer or Acknowledgment form.

It stated I now understood I could get adverse effects from GA such as stroke, heart attack, paralysis and awake during surgery, or even death (BUT IT’S RARE). This necessary warning was repeated several times to me by various HK doctors so I would know what I was going into and what I signed up for.

I tried to imagine IF this was really My Last Message.

And I was surprised that I had nothing much to say as my famous last words – except my LOVE for Angel Brenda, Mum & my late Dad, my 3 brothers, relatives, muses, friends, associates, and graduates.

As I felt I’m living a great, meaningful, fun, and fulfilling life in general.

I have made my amends with my beloved ones. I have confessed my love, issues to individuals (and got in trouble for speaking my heart – at least I’m being honest). I settled my Dark Secrets.

Therefore, I’m ready to “go & fly” to The Afterlife – ANYTIME.

If I am given a SECOND CHANCE after this GA Surgery, I WILL:

* continue as a Writer and a Channeler for my Twin Souls Whisperings to guide people to lead a SPIRIConscious life, to be positive, loving, and to embrace truth and light over our Dark Sides.

* continue to master and transform the 9 Weaknesses (e.g. anger, lust, attachments, etc) into 9 Strengths (e.g. passion, ambition, trustee, etc) – and coach others how to transform their Weaknesses into Strengths & Power too.

* Learn to be the best Venture Builder in Wentures Capital to match make Investors with Projects; including my own Travel e-commerce Startup. 🏖🛫🛬💰💻

* Yes, I will continue Vlogging #RobertsTravels and #RobertReviewFoodAndBeverage – in all the old (Hong Kong, Malaysia) and new travel destinations. 🍽🍜🍾✈️🏰🌋

Being in Hospital is always humbling, compassionate, and a great time to SLOOOWWW real down, and reflect on life for me.

LIFE IS SHORT – Make The Best & Most Out Of It!

I used to go Hospital very often in Hong Kong and Kuala Lumpur to accompany Brenda, my late wife who had and died from Crohn’s Disease which affects and swells the intestinal tract.

This time, Hospital was for myself on a TGIF.

Fortunately, I hardly go to Hospital.
The first time was in Melbourne as a Pre-Uni student where I was first time given my First General Anesthesia before removing both my Wisdom Teeth which could not grow out properly through the gums. I had a sore, swollen jaw and gums, and couldn’t eat solids for more than 1 week.

The second time was a nasty bicycle accident when I had a brain concussion amnesia, lost my two front teeth, and had a 5 inch cut across by face. I needed nearly 30 stitches inside and around my mouth.

The third time was a Late Age Knife Circumcision when I received 20+ injections in and around you know where.

Symbolic Removal of an Internal Boil to Heal the Whole Body for Effectiveness and Focus.

I have the Biggest Ever Abscess or a Boil with the size of a 1 inch HK$5 Coin on my right groin-hip – with some puss.

It’s bloody painful, sore, and super-sensitive. I don’t know how I tolerated for so long – for more than 7 days. As I was a Volunteer & Attendee In RISE Conference for the last 4 days and 4 Night Summit Pub Crawl, I could not take time off to get treated.

I see it as Karmic Symbol of removing bad energies and toxic people and healing an unforeseen internal flare up. But this too will pass soon.

It occur to me there were 3 Scenarios of my General Anesthesia Surgery:

Looking up to the ceiling, the 2 big Operating Theater Lighting Systems was surreal – while both of my hands were being strapped . However, it was not a déjà vu experience.

The operating table had 2 attached extensions for the 2 hands. This instantly reminded me of a US Lethal Injection Table which I had seen in Hollywood movies.

The one I was in had straps on both hands only and no straps for the whole body and legs. I asked one OT nurse about the strapping my two hands, she replied that it was to prevent struggling. I responded how I could struggle when I’m in GA-induced unconscious state.

I remember opening my eyes as wide as I can when they administered a combination of intravenous drugs and inhaled gasses (anesthetics). While breathing deeply, I tried counting from one. I think by 5 I was out.

I must have been completely unconscious for 1 hour. I was very groggy and very sleepy for half a day.

This is a US Lethal Injection Table. The one I was in had straps on both hands only and no straps for the whole body and legs. 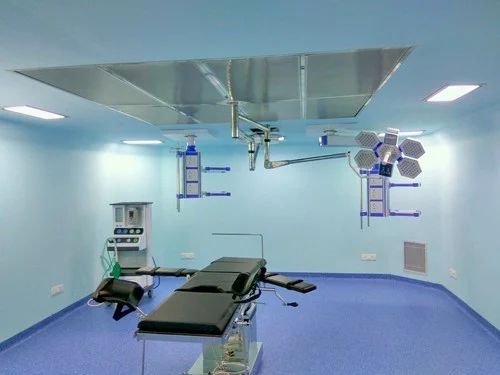 6.5 hours before I admitted myself to Hospital, I saw an Angelic Sign from Angel Brenda in Sheug Shui, Hong Kong: the combined total Soul Numbers of my late wife, Brenda (29) and my total Soul Number (37).

At that time I wasn’t sure whether to interpret it as Angel Brenda reassuring me that she was with me during my GA surgery, or it was my last day on Earth to join her in The Afterlife.

Scenario #2: Brenda wants me to feel what was it like to be on her last operation
But it could be Angel Brenda showing me how she felt when she was in coma before being wheeled into an Operation Theater In Ruttonjee Hospital, Hong Kong on 20th December 2013..

Maybe she wanted to “sense” what it was like had she been awake before being wheeled into her last surgery.

I had wished I was with Brenda in her last 4 days of her life, from the time she coughed a “thick brown fluid” on Thursday 19th December 2013 and how she refused to go Hospital.

She was in coma on Friday before her last operation when the surgeon discovered all her Internal organs had failed from toxicity from a perforated intestines due to Crohn’s Disease.

Previously Brenda had shared with me her “Avó” Granny who told everyone she did not want to go Hospital even if she was sick as she had a premonition that she will die in hospital. The moment her Granny was wheeled pass the hospital A&E entrance she died instantly on the spot. True story.
___________________________________

Scenario #3: Angel Brenda giving me a psychic premonition that millions around the world will be hospitalized because of Coronvirus Pandemic, many for the first time – 5  months ahead of time (updated: 7th April 2020)

SIDENOTE:  I’ve been sleeping and resting for around 16 hours a day. I’m recovering.
It’s not over – as there are several small “latent” lumps in my groin which could become carbuncles.

My gratitude for your LOVE, Tender Loving Care, and concern for my well-being.
I’ll be back in action soon since I’ve been given a “second chance”.
Love Robert XOXO

Seven Coronavirus PREDICTIONS by Robren. There will be 3 Waves and Global Recession.

The Angel with The Most Afterlife Signs and Afterlife Predictions