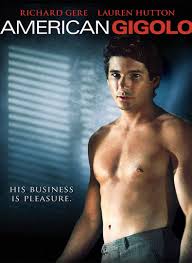 A humbling, well meaning advice from a Hong Kong relative.

“The path to Hell is full of well-meaning relatives and friends who can ruin your dreams, aspirations and passion” ~ Robren

Yesterday I posted that as a Venture Capitalist many times I feel I’m more of a glorified salesman, and how tough a career it is.

Then I posted about a personal challenge to live on a maximum of HK$50 (US$6.40) per day for food (which I admitted I could not achieve it if I were to eat out for 2 meals daily).

Because when one of my HK relative treated me for dinner, I was given a sympathetic advice that there are many easy jobs in HK as a Security Guard of a HK residential building. It’s easy work as there are hardly any crime or disturbances in residential apartments in HK. One may even sleep most of the time in a small air con lobby if it’s the graveyard shift.

Wow! I didn’t know a VC is such a low status similar to a Used Car Salesman for some people.

And so I reflected on my current life.

Well, I thought the worst and the least I can do are 7 “Desperado Options” which are still way better options than a Building Guard in HK:

My Airbnb Guests from Germany, USA, and France.

Desperado Option 1:
Airbnb. I already run an Long-stay (1-5 months so far) Airbnb 3 bedroom luxury condo in touristy Bukit Bintang, Kuala Lumpur. Never mind when my mother labeled me a “Mui Mui Lui” or a maid as I do the Housekeeping.

The best part is I get to treat my Condo Guards free snacks – instead of being a HK Building Guard myself. 😉

Desperado Option 2:
I can manage the investment portfolio of some Crazy Rich Asians like the Kwoks, Lee, or Li.

Desperado Option 3:
I can work as a low level Employee for one of my clients from my group of companies: ChangeU / BorneoHunter / Wentures Capital

Desperado Option 4:
MM2H (Malaysia My Second Home). I can get my Hongkonger friends and ex-ChangeU Clients to invest in a RM1m property, and establish a HK community in KL, Ipoh or Penang.

Robert at one of Huawei’s buildings in Shezhen, the Silicon Valley of China

Desperado Option 6:
My buddy Chris Chan, who is extremely well connected to Macau government officials, can set me up for a cosy easy job say as a Head of HR in Macau.

I’m no way in the same league as Richard Gere in The American Gigolo. Although I do have a great HUGO BOSS & Armani Suits Collection to look like my role. After all, I sometimes feel like a Prostitute while doing Consulting work so I do have the right mindset, you know.

With some blue pills, I’ll probably will enjoy the notoriety for a week or two, then I’ll probably be so bored to death, or I have to service tycoon grannies. Which ever way but loose, I think Option 7 is pretty desperate and pathetic.

Looking at all these 7 Desperado Options are still better than being a Hong Kong Building Guard, or being a GRAB or Uber Driver, don’t you think?