Joseph DiGiovanna, you have a major catalyst in my life, a gift, and a comradeship. I will never forget you.

The 8 Big Principles I learnt from Joseph DiGiovanna:
1. Logical Fallacies  – understanding logical fallacies can save You a WASTED Lifetime from being Fooled, Deceived and Conned by family, relatives, friends, enemies, religion, cults, holy men, politicians, activists, doctors, conmen, salesperson, Business MLMs, and most importantly CONNED BY YOURSELF!

2. Focus on being positive, if not at least be neutral.

When you are overly negative, vengeful, bitter or angry, you’ll make mistakes in decisions and will hurt yourself MORE than you hurt others.

There are three options in life: being negative, being neutral, and at best being positive.

Calm and be mindful first before you act.

3. Brainstorming Pros and more importantly Cons can both be thrilling and productive.

4. Trust nobody especially those who are well known to be trustworthy such as your religious leader, police, Minister, Celebrity, CEO, or boss.

THINK for yourself – not following some Holy Book, self-proclaimed God or Prophet, or someone who tells it is true because he says so or a holy book says so.

Be always  aware that someone including yourself is using “Logical Fallacies” for or against you.

Your biggest con you’ll ever encounter is the con you con yourself i.e. using Logical Fallacies on yourself.

There is no hope (aka wishful thinking, false aspiration)

6. There is NO such thing as get rich quick or “MIRACLES” in capital, marketing, operations, IT, HR, legal, any function, spirituality, and anything in life.
The only Miracles Of Capital is compound interest.

“There are no Miracles.
Miracles and God help those who help themselves.
Miracles can only happen when you put your best efforts, intentions, and FOCUS to make things happen, make a big difference in peoples’ lives, and attract Angels, good people, investors, key players, and opportunities.”
~ Robren

There are outright scams and various degrees of con, BS, false advertising, exaggeration, and deception in any business, social media, product, and service.

Never trust fully your Stock Broker, Stock Market Analyst Guru-Speaker, Property Guru, and all Investment Gurus. No one is 100% right 100% of the time – at best maybe less than 50% – which is the same as gambling odds.

Even Warren Buffett, the world’s most famous investment guru says exactly what other Business Schools say:
You will very likely do BETTER by investing in S&P 100 Blue Chip Stocks in the very long term of over 10 years – you’ll do better than the best Investment Gurus or Banker who speculate with unsustainable growth.

7. Before you invest in anything, do your GOOGLE due diligence first otherwise you’ll probably regret it.

8. If you do make a mistake (and you definitely will) say you spent a very expensive US$5,000 but got nothing useful from it, reframe it totally opposite and transmute the “mistake” into an incredibly priceless US$5,000 “investment lesson gift” which you’ll never forget for the rest of your life.

Joe is an Angel-send Gift by my Angel Brenda.

This is covered in my DragonCEO program, 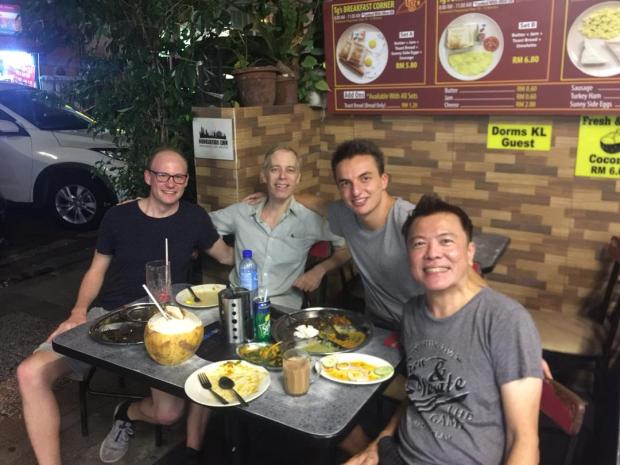 Is Allah, Jehovah, or Shiva the God of Muslims only, Christians only, Hindus only, Earth only, or the God of the whole Universe? (Debate Topic)

Learning How to Identify The 15 Logical Fallacies can Save You a Wasted Lifetime from being Fooled by BS, Lies, Wrong Thinking, Scams, Conmen, Politicians, Religions, Cults, and Deception.