This is Angel Whisperer Robert Chaen’s compilation gallery of Angel Art as depicted by some of the best known Angel artists. Obviously Angels are not any way like these pictures. And many of them are fictitious – although Angels are know to be PERCEIVED BY HUMAN BEINGS sometimes looking very similar to some of these pictures – in all the cultural, racial, and religious grandiose filters from the true reality.

For example the most common artistic theme is Angel have wings. In reality Angels don’t need any wings to travel and transition between the Sixth Dimension (The Afterlife/ Angelic Realm and our Psychical Fourth Dimension Universe. 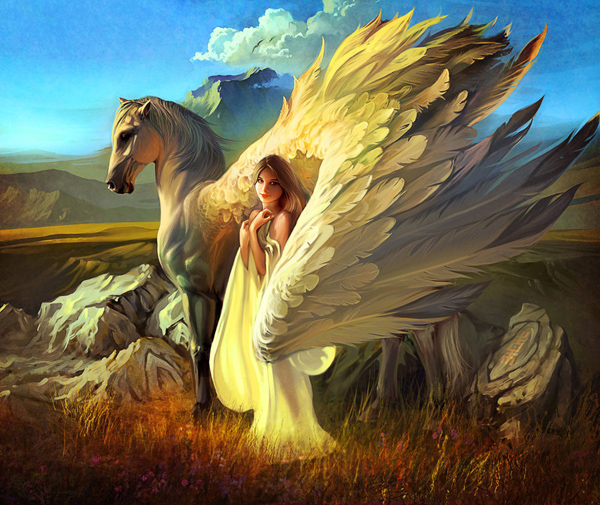 Girl and Pegasus – art by Rhads 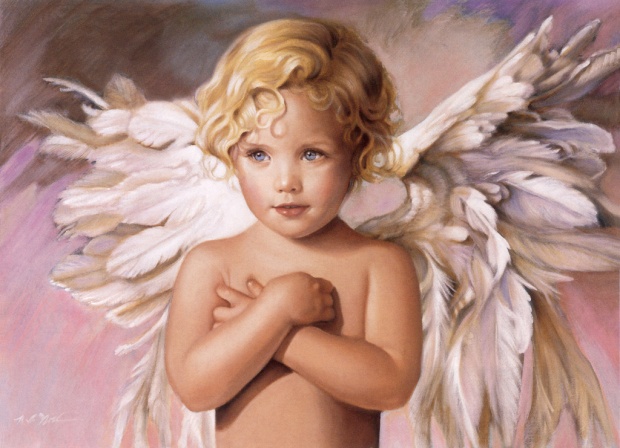 Cupid and Psyche in the nuptial – Bower Hugh Douglas Hamilton 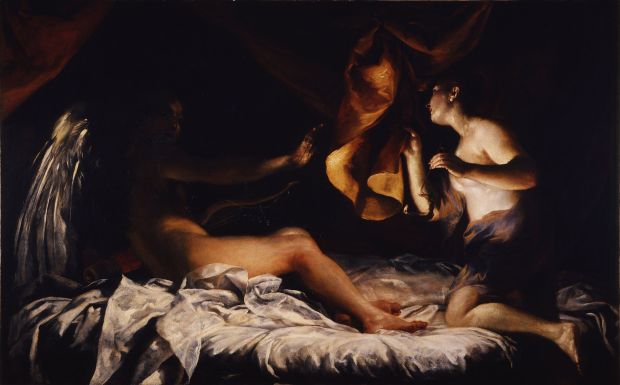 The Story of Cupid and Pysche
There were once a king and queen, rulers of an unnamed city, who had three daughters of conspicuous beauty. The youngest and most beautiful was Psyche, whose admirers, neglecting the proper worship of the love goddess Venus, instead prayed and made offerings to her. It was rumored that she was the second coming of Venus, or the daughter of Venus from an unseemly union between the goddess and a mortal. Venus is offended, and commissions Cupid to work her revenge. Cupid is sent to shoot Psyche with an arrow so that she may fall in love with something hideous. He instead scratches himself with his own dart, which makes any living thing fall in love with the first thing it sees. Consequently, he falls deeply in love with Psyche and disobeys his mother’s order.

Although her two humanly beautiful sisters have married, the idolized Psyche has yet to find love. Her father suspects that they have incurred the wrath of the gods, and consults the oracle of Apollo. The response is unsettling: the king is to expect no human son-in-law, but rather a dragon-like creature who harasses the world with fire and iron and is feared by even Jupiter and the inhabitants of the underworld.

Although fearful and without sexual experience, she allows herself to be guided to a bedroom, where in the darkness a being she cannot see makes her his wife. She gradually learns to look forward to his visits, though he always departs before sunrise and forbids her to look upon him, and soon she becomes pregnant.

One night after Cupid falls asleep, Psyche carries out the plan her sisters devised: she brings out a dagger and a lamp she had hidden in the room, in order to see and kill the monster. But when the light instead reveals the most beautiful creature she has ever seen, she is so startled that she wounds herself on one of the arrows in Cupid’s cast-aside quiver. Struck with a feverish passion, she spills hot oil from the lamp and wakes him. He flees, and though she tries to pursue, he flies away and leaves her on the bank of a river. 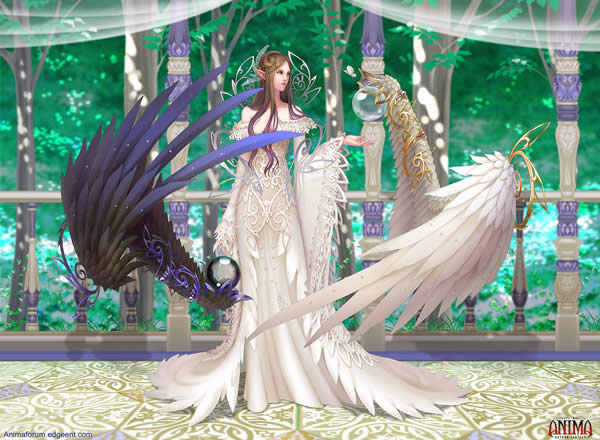 When God is gone and the Devil takes hold – by Nanfe 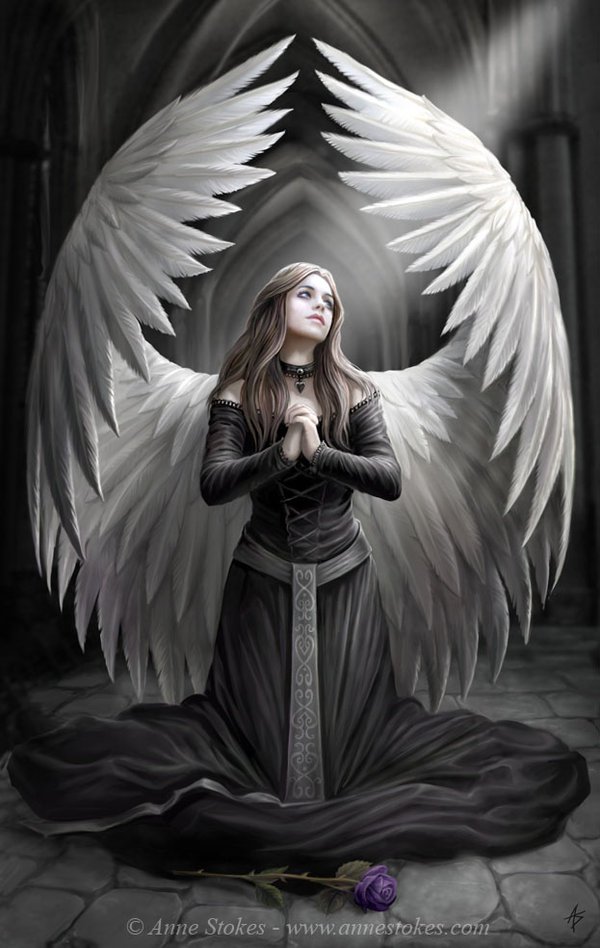 Angel of Mercy – by Procrust

Wizards of the Coast – by Jason Chan 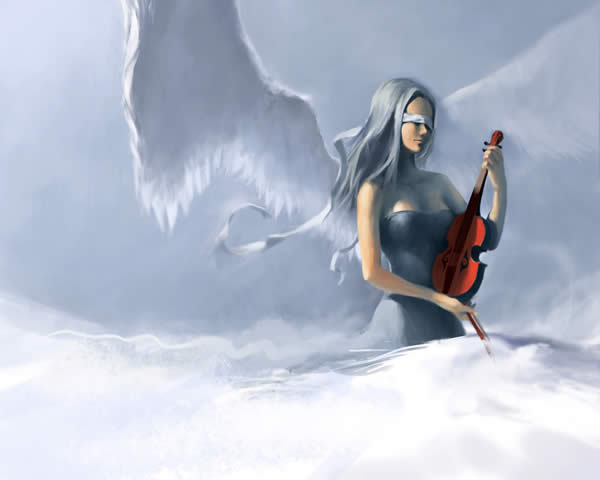 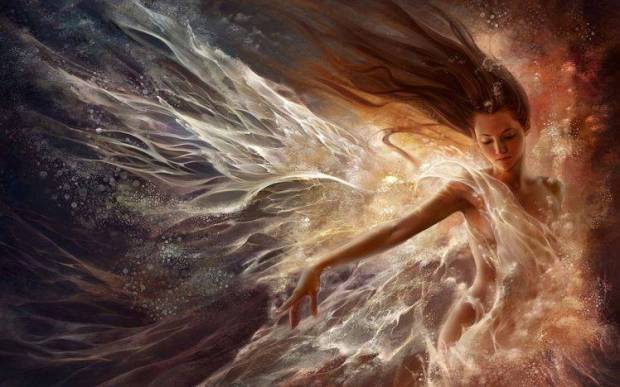 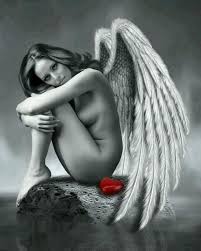 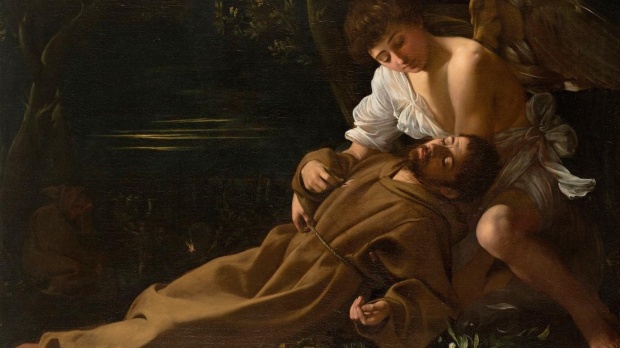 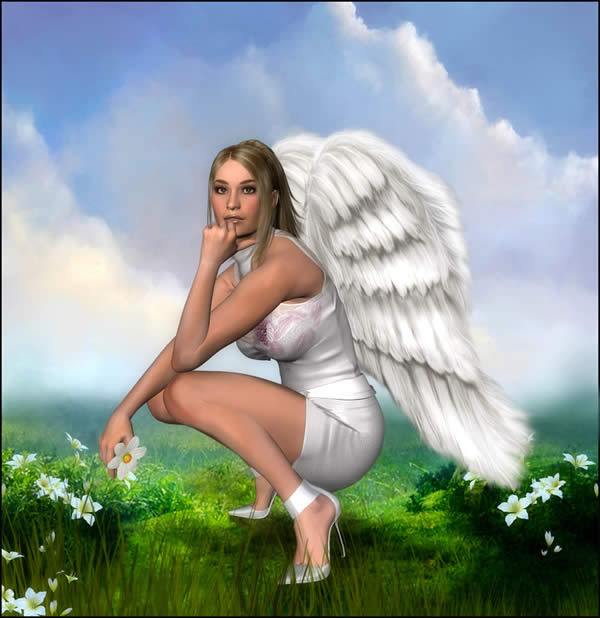 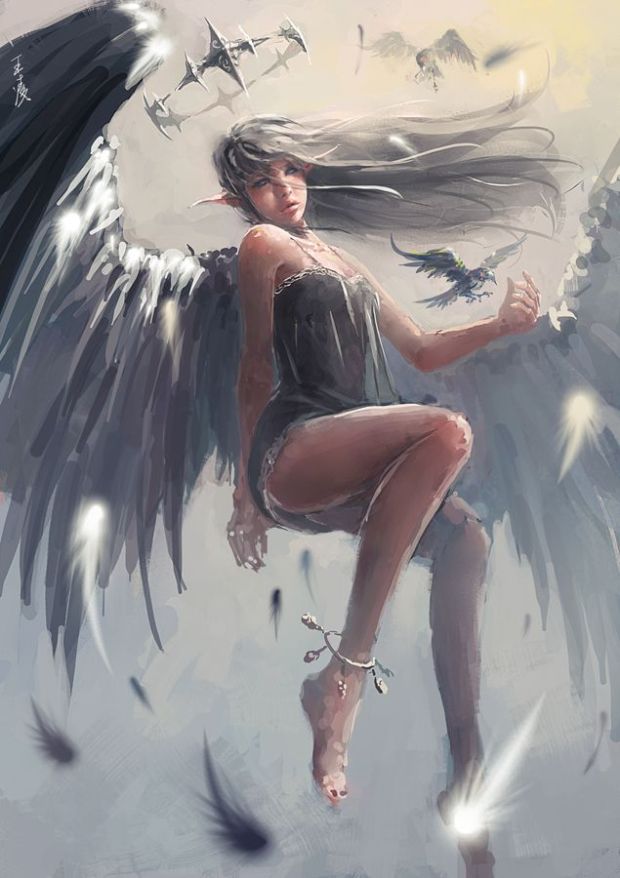 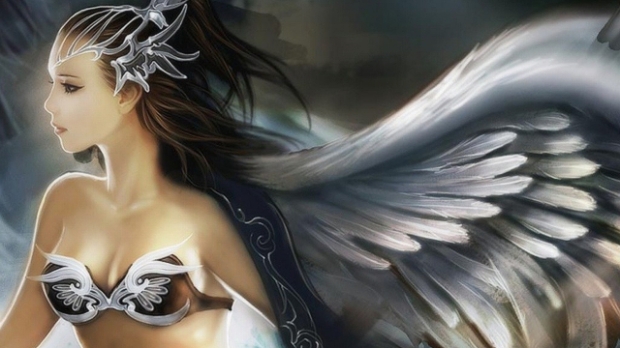 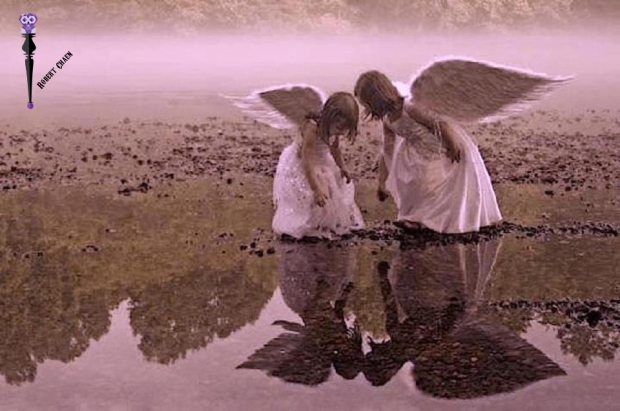 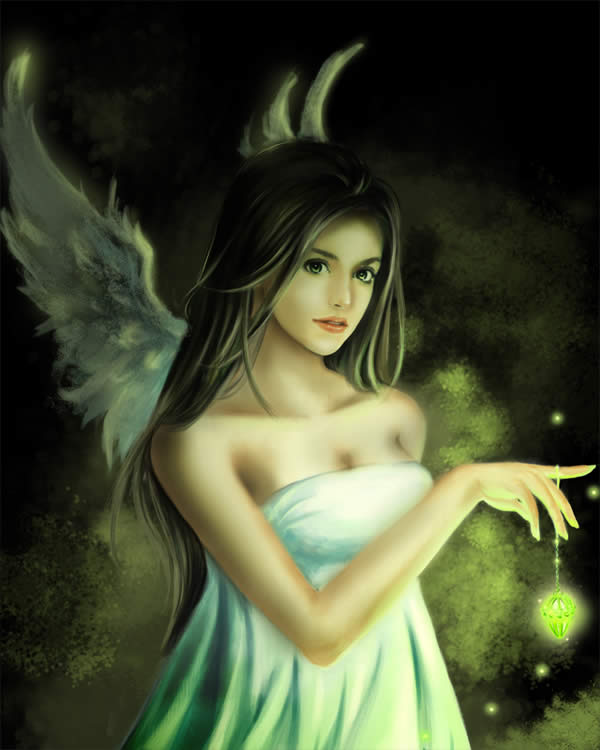 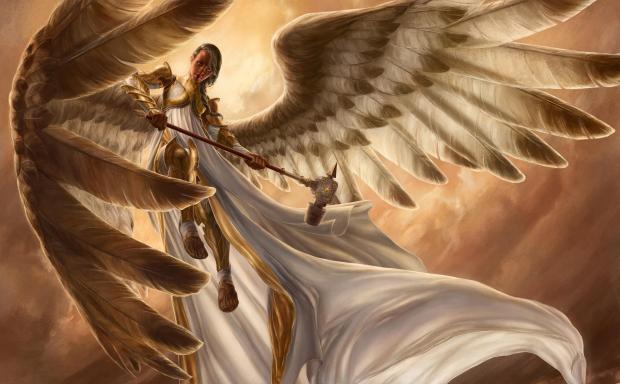