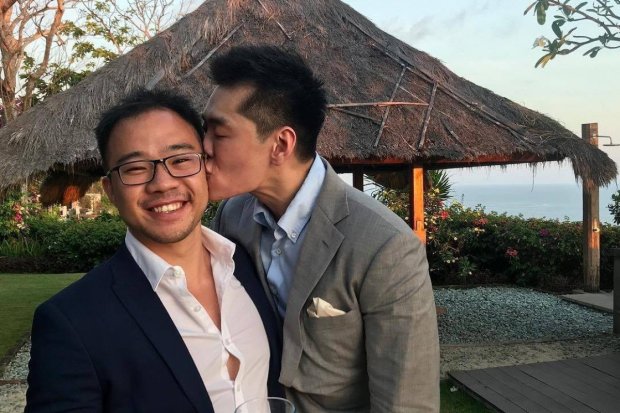 Li Huanwu, grandson of Singapore founding father Lee Kuan Yew, marries boyfriend Heng Yirui. Chinese social media users cheer them on.
* “I believe my father would have been thrilled to know this,” Li’s dad Lee Hsien Yang said.
* Sex between men remains illegal in Singapore but the city state’s first PM had been known to express a different opinion from the government in his later years.
In his book Hard Truths to Keep Singapore Going published in 2011, the elder Lee, who retired from government that same year, said that homosexuality was “not a lifestyle”.
“You can read the books you want, all the articles. You know that there’s a genetic difference,” Lee said.
“They are born that way and that’s that. So if two men or two women are that way, just leave them alone.”

Earlier, in a book The Wit & Wisdom of Lee Kuan Yew, published in 2007, Lee was quoted as saying: “If in fact it is true, and I have asked doctors this, that you are genetically born a homosexual – because that’s the nature of the genetic random transmission of genes – you can’t help it. So why should we criminalise it?”