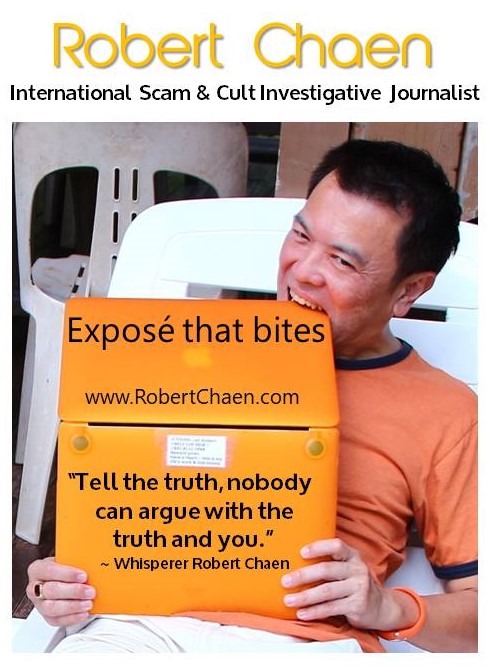 His first scam exposé was when he was still working for Leo Burnett Hong Kong in 1989. He was cheated by an electronics outlet in Central, Hong Kong. He was attracted by a very special offer for a famous model by a famous camera brand by what seemed to be a medium-size electronics store who advertised a lot. 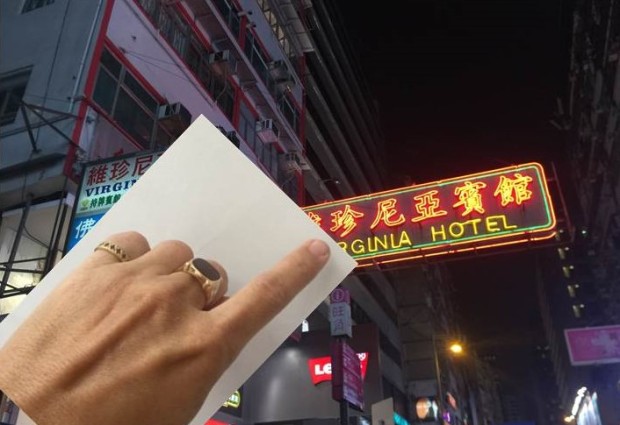 When he inquired to buy the model, the salesperson did a “bait and switch”. The shop deliberately baited consumers to come to the store with unbelievable special deals which they never deliver.

Instead when the customer ask for the special deal camera model, they will quickly switch to sell the wonderful features of another model from a cheaper brand but the price they sell were exorbitant.

When Robert realized he was conned, he made a random survey. He found out that others were conned by this particular store who uses bait and switch tactics. He decided to do something about it.

At that time he had learnt the art of public miming by moving and walking in ultra slow-motions. As he was in media and advertising, he send press releases to all local newspapers such as SCMP, Sing Tao, and Oriental Daily News to report on his mime of pointing his finger at the signboard of the electronics store, and wearing on his back a big piece of paper with the words “bait and switch, cheating, and con” in English and Cantonese printed on it.

Mainstream news and the Hong Kong paparazzi found their ‘sensational news’ of the week – a distraught, cheated customer dressed in all white suit who had the audacity to openly exposed the con through silent movements without saying a word until later when he was interviewed by the press.

It was such an outrageous talk of the town topic that Robert’s own Regional Director of Leo Burnett went out of his way to acknowledge him for his brave initiative and joked that one day Robert could be on the other side as their client and they had better be nice to him.

WANTED SCAM & EXPOSé STORIES
DM Robert here if you have a great scam & exposé story or article (if possible with relevant photos and proof of evidence) to share. Robert and his Team are not interested if what you have is only hearsay and third party insider information.

We can post your scam story in our related websites, and social media pages.

If you want Robert to do personally an Investigative Exposé (Video/ Podcast/ Written Article), he needs to have an “appetite” for that cause. However, if he doesn’t have the appetite for your type of scam, (for e.g. he is likely not interested in celebrity adultery exposés) he will pass on to his Team of Scam Busters, or International Investigative Journalist Network with Award-Winner Investigative Jouralists like Craig Santy, Hollywood Producer of Looper and Resident Evil.

Robert Chaen is an international scam and cult investigative journalist. He has exposed and criticized well known Large Group Awareness Training such as AsiaWorks (a breakaway group from Life Dynamics Hong Kong), Landmark, Lifespring, and MLM Business Cults like Nu Skin, and Amway, and religious organizations such as Brahma Kumaris, religious-fascist and islamofascist-political groups.