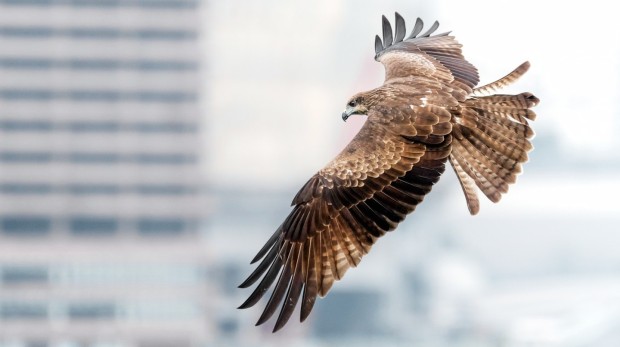 Hong Kong is home to numerous different birds of prey from tiny owls to huge vultures, you just need to know where to look. Here are some of the city’s most common winged inhabitants and the best places to spot them.

Black kites are Hong Kong’s most familiar bird of prey. These eagle-like birds can regularly be found soaring and swooping over the famous Victoria Harbour. Despite the name, the kite’s plumage is actually dark brown rather than black. Hong Kong is one of only a few places in the world where you can see this majestic bird up close in an urban area.

While the kites breed in Hong Kong in the spring, the majority migrate here from northern parts of China in the autumn sending numbers into the thousands. You can sometimes see huge flocks of black kites, especially in the winter, coming into roost at favourites sites such as The Peak (Hong Kong’s highest point).

They are master flyers, with average wingspans of 150cm, and they can effortlessly glide and soar among the tallest skyscrapers in the city. In Hong Kong, they mostly skim dead fish off the sea surface as well as feeding on small mammals like lizards, frogs, and insects. Crafty hunters, they have also been known to pinch meat from open market stalls in the city.

White-bellied sea eagles have been dubbed ‘kings of the sea’, and they share the harbour with the more common black kites. With a wingspan of 180–220 cm, this large eagle is mainly spotted flying around Hong Kong’s numerous outlying islands and in the New Territories area of Sai Kung. However, they have occasionally been spotted perching on buildings in popular urban areas such as Wanchai. They are native to places like India, Sri Lanka and Southeast Asia. Hong Kong is the only place in China that hosts a regular population. They feed mostly on fish and sea snakes. Known for being remarkably skilled and efficient hunters, they often swoop and power dive to catch their prey.

In winter, October-April, Hong Kong’s Deep Bay area (Mai Po marshes) is visited by three giant birds of prey: the spotted eagle, the magnificent imperial eagle and the gigantic black vulture. Undoubtedly, these are the largest birds of prey you will see soaring above in Hong Kong’s skies. In particular, the silhouette of the black vulture is unmistakable since its wingspan can grow up to an impressive three metres.

The crested goshawk is the second most common raptor found in Hong Kong. They are mostly spotted in woodland areas on Hong Kong Island and in the New Territories. A few decades ago they were absent in Hong Kong, but since the 1980s they have made a strong comeback. They can often hunt prey as large as themselves but are fairly elusive birds, hiding in trees and under the canopy of the woodlands. They mostly feed on other birds and small mammals, such as squirrels and rats.

The collared scops owl is a resident breeder in south Asia and can be found throughout Hong Kong in woodland areas. These small owls can easily be identified by their long, dark-spotted ear-tufts. A nocturnal bird, they are more likely to be heard than seen, as they are known for making soft mournful hoots all through the night every 10-15 seconds. 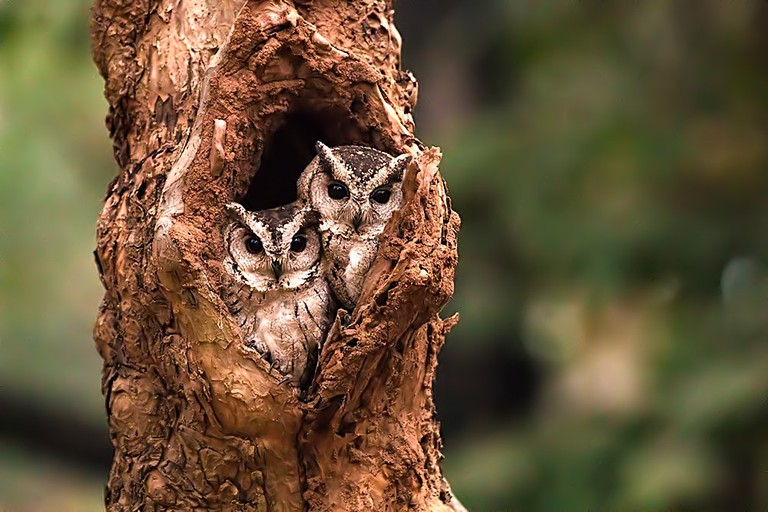 Where to Spot Hong Kong’s Amazing Birds of Prey