In recent years, the claim about root canals and cancer risk has gained traction due to a 2012 article published to the website of Dr. Joseph Mercola, a vocal supporter of a number of discredited or dubious medical beliefs who has decried artificial sweeteners, microwaves, and sunscreen as major lurking dangers in everyday life.
In the Mercola root canal article, the century-old work of Dr. Weston Price was referenced as proof positive that endodontics and cancer death go hand in hand, positing that Dr. Price’s discoveries have since been “discounted and suppressed by medical and dental professionals” wishing to bury the truth.

By the time Dr. Weston Price died in 1948, the “focal infection theory” he had researched decades earlier had already begun to fall out of favor among medical professionals. By the 1950s it was considered to be an outdated fringe belief, and endodontic research in the half century since then has turned up no evidence to support a causal link between root canals and cancer.
The “97 percent” figure commonly cited in the root canal cancer link claim is typically attributed to Dr. Josef Issels, a German physician who allegedly reported that “in his 40 years of treating ‘terminal’ cancer patients, 97 percent of his cancer patients had root canals.”
Of course, it’s quite likely that 97 percent of Dr. Issels’ cancer patients had also consumed marshmallows at some point, but in the absence of any documented causative factor, that statement demonstrates nothing more than a spurious correlation. And Dr. Issels was a promoter of alternative cancer therapy regimens who was charged with manslaughter in 1961 after three cancer patients died while under his care.

In fact, the American Association of Endodontists (AAE) noted that research published in 2013 concluded that individuals who underwent multiple endodontic treatments actually experienced a 45 percent reduced risk of cancer.

Review: If you see social media and Facebook posting about Dr. Joseph Mercola’s article that 97% of terminal cancer victims had undergone root canals, please educate readers about this fake medical news with this Snopes article. 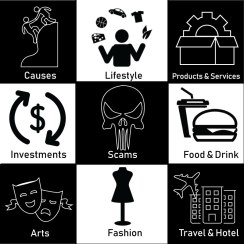 Have 97 Percent of Terminal Cancer Victims Undergone Root Canals? Is this fake news?