Twenty five days after MH370 disappeared, on 2nd April, 2014 , I finally had the courage to ask my Guardian Angel Brenda to ‘connect’ me with Captain Zaharie only, not the crew or passengers. Right from the start my Seventh Sense or telepathy sensed that Captain Zaharie was the one who flew MH370.

I prayed for an  afterlife sign that was easily understood by me.

Six days later on 8th April 2014, I received an Ensign Wasp Afterlife Sign video posted by Sun Fu, a new acquaintance whose late wife was born 3 days before Brenda on the same year. 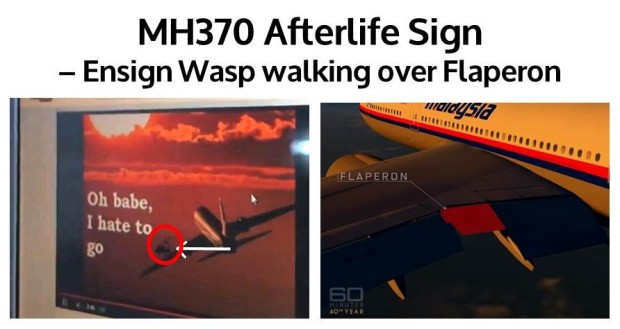 The song that was playing on Sun Fu’s laptop was John Denver’s ‘Leaving on a jet plane‘.

NOTICE:  The verse on the screen when the Ensign Wasp walked across was “Oh Babe, I hate to go”. The other line immediately before this verse was “Don’t know when I’ll be back again“.

The Ensign Wasp walked over the Flaperon on Sun Fu’s laptop screen.
Sixteen months after MH370 disappeared, a Flaperon was found in Reunion Island on 29th July 2015.

A Plastic Plane Wing Afterlife Sign was found 37 days BEFORE MH17 was shot down over Ukraine.

The Second Beetle Afterlife Sign appeared 10 days before Germanwings 9525 Andreas Lubitz deliberately crashed the plane after locking out his Captain on 24th March 2015. 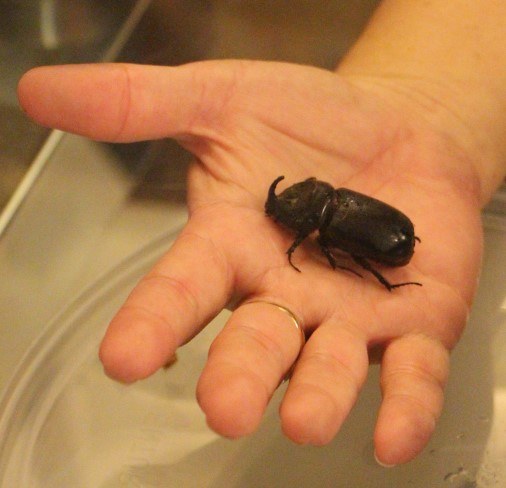 Rhino Beetles are very rarely seen in city areas – usually only seen in the Malaysian hills.

Angel Brenda double confirmed that it was Captain Zaharie when a Second Beetle Afterlife Sign appeared 10 day BEFORE Germanwings 9525 Andreas Lubitz deliberately crashed the plane after locking out his Captain on 24th March 2015.

In MH370 case, it was the other way round – Captain Zaharie locked out his co-pilot after he said “Goodnight Malaysia 3-7-0” to the Malaysian Air Control Tower and switched off all transponders two minutes after his last cockpit message.

WHERE:  MH370 sank mainly in 1 piece along MH370 Madagascar Arc (not near Australia).
NO pieces of MH370 debris were found along Australia’s beachline.
NOTE:  They are searching in the wrong area.

WHAT:  He depressurized the cabin to knock out the Crew.
He had a last look at his hometown Penang.
He became extremely despondent, and ditch-landed when it ran out of fuel.
Like-Comment-Share this post

Could plane spotted by Maldivian islanders really have been MH370?