One Night Seeing the Poor in Jakarta can make a Hard Man Humble: From The Most Miserable to The Most Enlightening Night in Jakarta.

My last night in my first trip to Jakarta turned more and more miserable. I had gone for a walk to get some dinner around 9:10pm on Sunday 7th October 2018. I walked to an entrance of  Gelora Bung Karno Main Stadium on the second night of 2018 Asian Para Games in Jakarta. 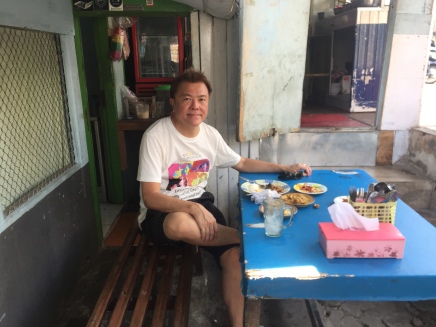 I walked for over an hour a long way from one end of the huge parameter of the main Stadium to the other end in search of local street food. There were hardly anything appealing so I decided to go home. I tried desperately to hail down a Go-Jek or Grab Bike but there were none. I tried to book Grab online but there were none available as the main roads were closed.

I  walked back to my residence. I was very hungry. I stopped by a road-wise hawker stand. A big Indonesian man was cooking Gule Daging (a beef soup with rice). The road was dark and couldn’t see much of what I was eating. The beef was tasty.

Then I was bitten alive by mosquitoes as I was wearing short pants, and I hate mosquitoes. I asked for my meal to be packed and gave the hawker a Rp100,000 banknote (USD6.6) for the Rp15,000 meal. He went to his neighbor stall and got change and a takeaway box. He packed the soup and packed a full bag of prawn crackers.

When I paid him Rp2,000 for the box and extra crackers, he refused to accept, so I left the change at the table. I could see his immense gratitude for my act of kindness. It humbled me.

But this seemingly random unimportant incident was my biggest enlightenment moment of my 7 days-6 nights stay in Jakarta.

I enjoyed the luxuries of life and I sometimes take things for granted.
I saw poverty and the poor of Jakarta.
The poor in Jakarta were more contented than the rich neighbors of Singapore and Malaysia.

I myself have tasted “poverty” in my life, when I only ate one meal a day for 6 months.
The benefit of eating only one meal a day is you will really appreciate every meal and not waste any food. You will get used to riding out the long hunger pangs and the physical feeling of hunger and poverty will change your life, and you will feel empathetic to the poor and have-nots.  You will not take life for granted.

There was one time when I didn’t have enough money I had to give up my rented room in Discovery Bay in Hong Kong. I slept in a 200 sq ft shared rented office. Every morning I would go the YWCA in No.1 MacDonnell Road – to have a shower in the gym, not to exercise. My family and parents did not know about this.

I live a rather simple life. I don’t own or drive a car. I go around in a cheap bicycle for meals, movies, and shopping. So I save a lot on transportation, petrol, and car mortgages.

I want to use my wealth to help and elevate the horrible conditions of the people of Jakarta and Indonesia.

That night I realized that being poor is very selfish.
Letting SELFISH people, Corrupt Politicians, and Heartless Tycoons take our Money is extremely selfish.
Let’s grow RICH together, and share Earth and her resources. 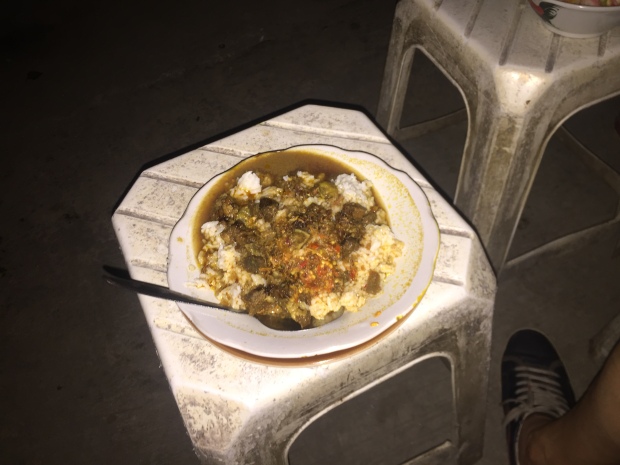