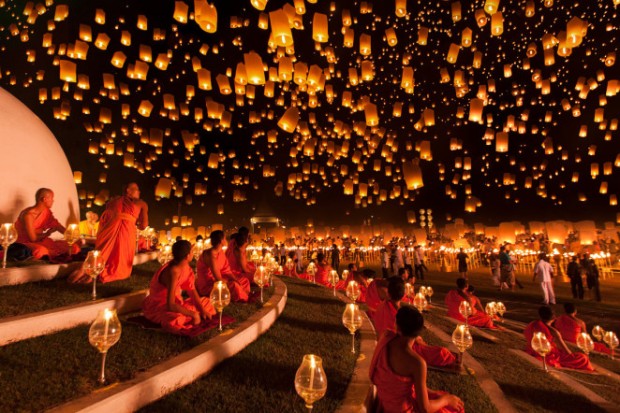 EXCERPT
“May we live long and share the beauty of the moon together, even if we are hundreds of miles apart.”

This line from a famous Tang dynasty poem written by Su Shi, better known as Su Dongpo, perhaps best captures the spirit of Mid-Autumn Festival, an age-old event with roots in both Chinese and Vietnamese cultures.

As Hong Kong is once again illuminated by dazzling lanterns of all shapes and sizes, the Post explores the ancient history behind the festival, which falls on the 15th day of the eighth month in the lunar calendar – the night when the moon is at its fullest and brightest.

The date, which falls on September 24 this year, is regarded as the second-most significant traditional Chinese festival after Lunar New Year. In Hong Kong, the following day after Mid-Autumn is a public holiday, while in mainland China, the break lasts from September 22 to 24.

From legend to fact

The central legend associated with Mid-Autumn Festival concerns the goddess Chang’e. This tale tells of how, long ago, the Earth had 10 suns, the heat of which ravaged the world with a terrible drought.

At the request of the Emperor of Heaven, the great archer Hou Yi shot down nine of the suns, saving life on Earth. As a reward for this feat, Hou Yi was given the elixir of immortality, which he hid in his home, planning to share it with his beautiful wife, Chang’e.

But while Hou Yi was away hunting, his wicked apprentice, Feng Meng, came to his home to steal the elixir. Chang’e, determined to keep it out of Feng’s hands, drank the potion and ascended to the heavens, where she took the moon as her home.

It is said that, to this day, those who look hard enough can see Chang’e’s likeness in the moon. China’s Lunar Exploration Programme takes its name from the goddess, and this December, the Chang’e 4 mission will be launched – slated as the first mission to make a “soft” or unstaffed landing on the far side of the moon.

On the night of Mid-Autumn Festival, do not forget to look into the heavens and admire the moon in its full glory, for this is when its orbit brings it closest to the Earth.

One unique Hong Kong practice is the Tai Hang Fire Dragon Dance, featuring up to 300 performers carrying an incense-festooned straw dragon. The dance originated from the Tai Hang community in the 19th century, in which villagers held the event to drive away bad luck. It has lived on for more than a century and made its way onto the national list of intangible cultural heritage.

5. Source: SCMP
What is Mid-Autumn Festival all about? Chinese legends, lanterns, and mooncake mountains in Hong Kong explained