1. Title:  The History of Enterprising Sindhis in Shanghai

Daryanani, Lalwani, Malpani, Chatlani, Chandiramani. No matter where you might come across a Sindhi, their distinctive surnames make them easy to spot. The same is true even when they anglicise their first names, as they often do, in an effort to integrate in a foreign land, and Haresh becomes Harry and Kishan turns into Kenny. Although they remain unmistakably Sindhi, it is this ability to adapt that has seen this community, whose origins go back to Sindh province in Pakistan, succeed.

Most Indian traders outside Shanghai are in Yiwu, Keqiao, and Ningbo in Zhejiang province.

Yiwu, which lies about 100km from the provincial capital, Hangzhou, is easily the most famous of the three. Described as “the world’s largest wholesale market of general merchandise”.

The Sindhi ability to spot business opportunities is legendary, and they seem particularly adept at negotiating and deal making. “Business runs in our genes,” is a common refrain. “We are a business-minded community. We basically deal in business. If we smell a good business opportunity we will move anywhere,” says Girish, the restaurant owner in Yiwu.

“The Jews, Arabs, and other diaspora groups are equally enterprising. These communities were often displaced and had to make a go of it in faraway lands to succeed. They have had a history of moving around to make money, just like the Sindhis. Their enterprising spirit has a long history. The Sindhis were among the earliest group of Indians to set up ventures abroad; their association with China dates back to the early 1880s.”

The birth of Pakistan in 1947 sparked one of the largest migrations in human history, and with Sindh province located within the newly formed Muslim Pakistan, Sindhi Hindus led the exodus.

The loss of their homeland, stories of partition, and the resulting hardships have shaped the Sindhi identity. Keqiao-based Sanjay Rajpal says: “Hindu Sindhis were forced to flee their homes at the time of partition. They left behind everything. They had to start from scratch wherever they went. Everybody had to make a new life. The enterprising spirit comes from those days also.”

“The Sindhi people are usually compared to Chinese businessmen from the Wenzhou and Chaoshan areas because they are perceived to be frequent world travellers and born businessmen”. 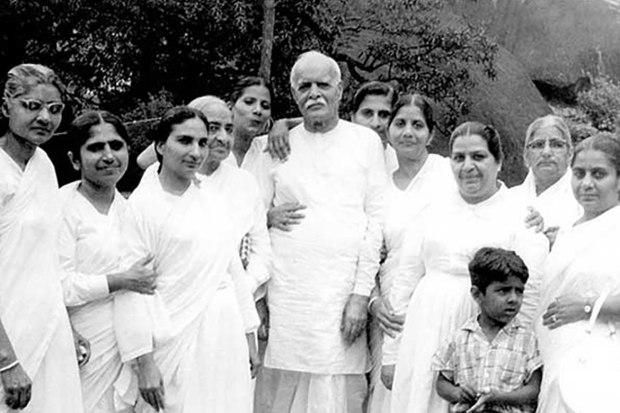 Dada Lekhraj (originally known as Lekhraj Khubchand Kripalani), the Founder of Brahma Kumaris, a doomsday cult who forces couples from husband and wife to brother and sister, the massive cover-up of countless failed marriages, and the false promises of Shiva Baba (BKs’ god) that only BKs will be perfect deities in a perfect India when there will be world destruction with an estimated 8.9 billion Iron-Aged (Kaliyuga) humans will die en masse by 2036, according to Shiva Baba.

The original Madhuban Dadis had many close relatives in Malaysia and Hong Kong. One relative was Tan Sri Kishu Tirathrai who owned the iconic but defunct Globe Silk Store in Kuala Lumpur.