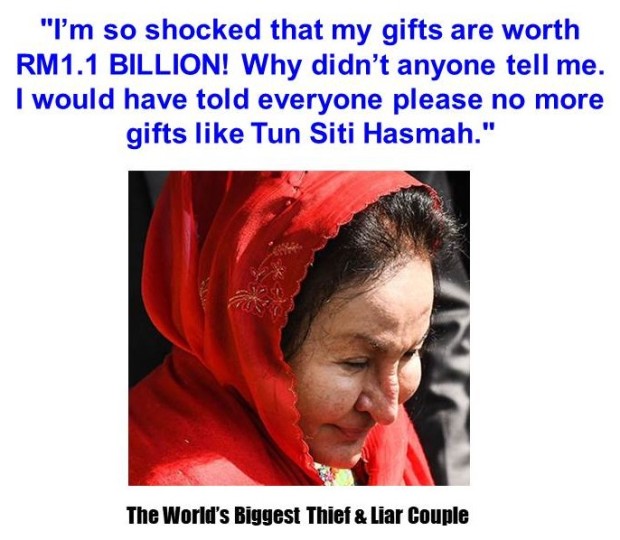 “I’m so shocked that my gifts are worth RM1.1 BILLION! Why didn’t anyone tell me. I would have told everyone please no more gifts like Tun Siti Hasmah.”
~ Rosmah Mansor (The World’s Biggest Thief & Liar Couple)

Gifts and donations by foot! Najib-Rosmah have been proven to have robbed Malaysians high and dry, and yet there are still people blindly supporting the world’s biggest thief & liar couple.

This does not include the many bags taken out of the country (google for photo proofs) during Rosmah’s government jet travels around the world.