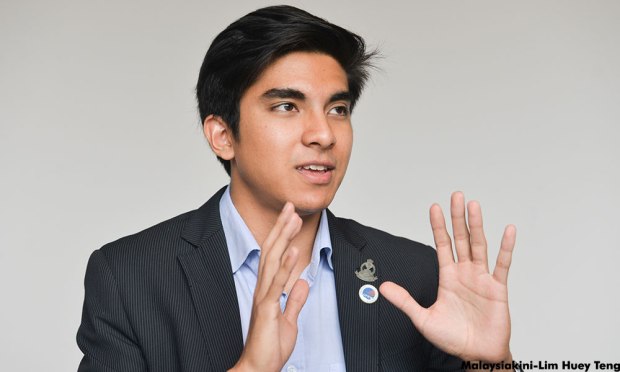 This letter was published in MalaysiaKini:
https://www.malaysiakini.com/letters/429839 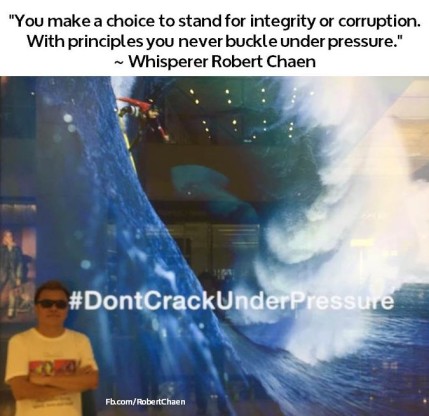 “You make a choice to stand for integrity or corruption.
With principles you never buckle under pressure.”
~ Whisperer Robert Chaen

Syed Saddiq, you have found your purpose and meaning in life. You answered the ‘calling’. You contributed to the success of GE14 and you were part of the most important historical moment of modern Malaysia. You are now responsible for building a New Malaysia and Muar as their elected MP.

Well-meaning family and friends will always advice you to pursue ‘selfish’ goals that would benefit you. But always remember you are fulfilling a once-in-a-lifetime opportunity just like Steve Jobs and Bill Gates who dropped out of university when their lifetime opportunity came knocking at their door.

You turned down Oxford University a second time, a scholarship offer worth RM400,000. But one day Oxford or some other world recognized University will probably give you a doctorate for the great lifetime work you will do like Jobs and Gates.

As the World’s second youngest government minister (the World’s youngest was Al Mazrui, UAE Minister of State for Youth Affairs in February 2016 at age 22), and starting so young you may just be the future youngest prime minister of Malaysia.

Learn from your mentors and observe Dr Mahathir Mohamad‘s strategies. No text book or ‘book-wise’ University can ever teach you ‘street-wise’ wisdom and knowledge you will be learning the next five years or more.

You bet on the good horse, albeit a very risky horse at that time, and now the oldest prime minister horse on Earth (Tun Mahathir) You made a strong stand for integrity and trust. You spoke up against kleptocracy. Unlike many Ministers and CEOs like Tony Fernandes, you did not buckle under pressure.

“Tony had no choice.” I don’t buy that argument.

Malaysians and foreigners had been banned, jailed, persecuted, sacked, resigned, humiliated, business lost or closed down, and heavily pressured by a tyrannical and kleptocratic government for standing for their principles and against kleptocracy.

The famous public figures such as Clare Rewcastle Brown, Xavier Justo, Zunar, Lim Guan Eng, Anwar Ibrahim, Lim Kit Siang, Muhyiddin Yassin, Adam Adli, Fahmi Reza, Maria Chin, Rafizi Ramli, Tony Pua, Robert Kuok, Jahabar Sadiq (The Malaysian Insight), and many unsung heroes all made a choice. They stood up for their principles but got punished severely as a result of their stand in life.

Your principles, values, purpose, integrity and ethics should be much more important than your job, career, dreams, and to protect your “baby”.

“He who holds the ladder is as bad as the thief.” (proverb)

Let me share with you a story of another political youth leader and a rising star youth parliamentarian called Rizmel Nazrin II. He bet on the bad horse (Zahid).

When he came back from studying in the US after campaigning for Barrack Obama’s second term, he was flying high. He worked under Zahid Hamidi and hero-worshipped the ground Zahid walked. I advised him a few times not to publicly promote and publicize Zahid in his Facebook. He really didn’t need to publicly promote his boss, as Zahid was already so high profile as the Deputy Prime Minister at that time.

Like Zahid, this youth parliamentarian failed to stand up against kleptocracy and kakistocracy in UMNO. Zahid like many others protected an alleged kleptocrat. Integrity and keeping your word is more important than your image, status, and prestige. The irony is this youth parliamentarian recently received an opportunity to do a short summer political course at Oxford University for three months.

One last inspirational story: Viktor Frankl (1905-1997). Frankl was a brilliant Austrian-Jewish neurologist and psychiatrist, a Sigmund Freud of his time. He was offered a prestigious position in an American university and a once-in-a-lifetime opportunity to migrate to the US with his wife.

But he chose to stay with his parents which he felt gave meaning to his life. Only he and his sister survived the Nazi concentration camps, the rest of his family and his wife were massacred. Frankl stood for his principles and paid an extremely personal price. He, too,  made a choice.

He wrote his bestselling book “Man’s Search for Meaning” which was considered to be the ten most influential books in the US. He was awarded a professorship of neurology and psychiatry at the University of Vienna, and as a visiting professor, he resided at Harvard University, Southern Methodist University (Dallas), and at Duquesne University (Pittsburgh). He received 29 honorary doctoral degrees and lectured all over the world.

The grass may look greener in Oxford right now, but Saddiq you are meant to play a greater role in life. By your principles, passion and purpose I predict you will go much further than the Oxford graduate Khairy Jamaluddin who did not stand for his principles and did not have the courage to resign or tell his emperor had no clothes until it was too late.

My bet is on a young, good horse called Syed Saddiq.

Robert Chaen is the CEO of ChangeU International, CEO-Celebrity Whisperer, a thinker, speaker, strategist, and writer. He writes for www.ChangeU.co and www.RobertChaen.com

Good Horse or Bad Horse?
You have a choice to stand for integrity or corruption. With principles you never buckle under pressure. ~ Robert Chaen

This letter was published in MalaysiaKini:
https://www.malaysiakini.com/letters/429839

WHY are people so Narrow-Minded about a Shirtless Syed Saddiq undergoing cold water therapy?