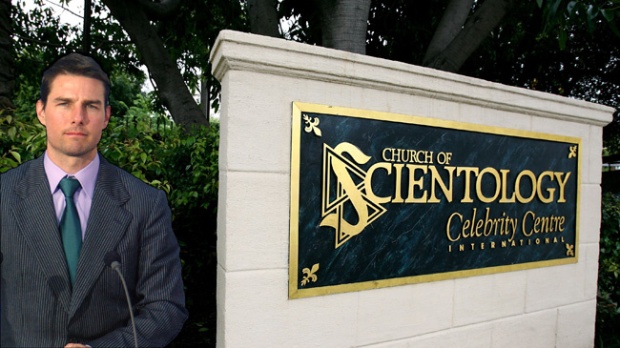 SAN FRANCISCO (CNN) — At one time, the Cult Awareness Network took as many as 16,000 telephone calls a year in an effort to help anxious families worried about sons or daughters involved with unconventional religions.

But last month, after 20 years of operation, the Cult Awareness Network closed its doors, forced into bankruptcy after losing a costly lawsuit to the church of Scientology.

Now the phones are ringing again — but this time there’s a good chance they’ll be answered by a Scientologist.

In a bizarre twist of fortune, the organization that was once the most vocal critic of Scientology is now owned by a member of the controversial church.

“I think this is going to be devastating,” said Cynthia Kisser, former director of the Cult Awareness Network. “People are going to believe they’re going to talk to an organization that’s going to help and understand them in their time of crisis, and in fact, it could be a pipeline of information directly to the group they’re most afraid of.”

Since 1991, 50 lawsuits were filed against the Cult Awareness Network by people who were somehow connected with the Church of Scientology, said Kisser. Most were dismissed — but one produced a judgment of nearly $2 million against the network.

The attorney who won the suit is a Scientologist who often represented the church. Another attorney, also a Scientologist, bought the name and telephone numbers of the Cult Awareness Network.

“That’s what the new CAN will stand for,” Lippman said. “For promoting religious freedom, understanding, peace on Earth, good will towards men and women, I might add.”

The Church of Scientology may get even more than just the name and phone numbers. Two hundred seventy boxes of confidential files on 1,200 groups tracked by the Cult Awareness Network may also be handed over.

The boxes contain information on groups like Hare Krishna, the Church of Universal and Triumphant and the Unification Church of Sun Hyung Moon, as well as Scientology and other religious organizations.

The bankruptcy may put all the files, which also include the names of people concerned about family members inside the groups, on the auction block, available for sale to the very groups the Cult Awareness Network once monitored.

“If the bankruptcy court lets those records be sold,” she said, “they are basically taking people’s worst fears, which they’ve confided in the Cult Awareness Network, and selling them to the very organization that created the trauma and that pain.”