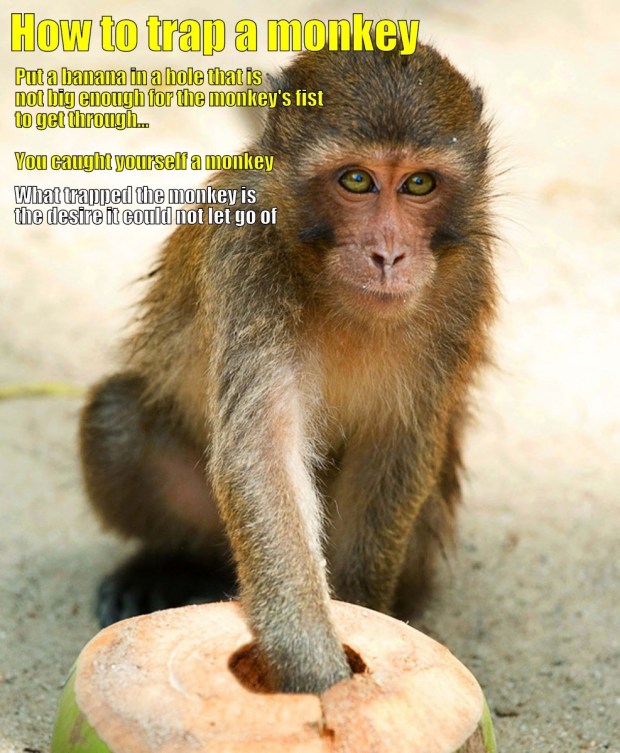 1)  The Cult Bait
The Forms of Cult Bait: ●  Giving FREE food, free vegetarian classes, free courses, free language classes
ANYTHING FREE is a bait.
●  Dangling Opposite sex attraction: Opposite attracts
●  Offering Instant Gratification of Desire (The Illusion Hook): “recognition”, “belongingness, love, respect, truth, freedom” (why in “apostrophe”? because these hooks are illusion, there’s a very heavy price to pay to gain these)
●  Presenting Poster Boys & Girls: Cults will put the best example of student role models up in front for all to see and be impressed.

2)  The Cult Kill
The cult leaders will rate and stereotype the ‘level of the kill’ meaning they will see how far they can push with each new follower: can this new follower be:
♦ a Teacher  ♦ Daily, weekend or when available Student  ♦ service duties at the center/ office   ♦ approaching strangers evangelist, poster boy/ girl

3)  The Cult Slavery
The cult leaders will create long-term isolation religious instructions and may become a ‘control freak police’ to monitor, heavy discipline, daily indoctrination and bran, forcing followers to enroll their relatives, friends into their new ‘true religious family’. 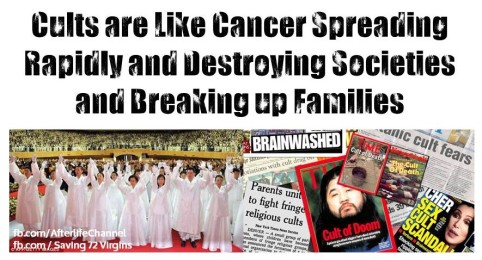 Read about: The Story of How “Saving 72 Virgins” Network Began with an Ex-30-year old Cult Virgin   click here