Mistresses, Sugar-Daddies, and Indecent Proposals
I deeply admire strong women who knows how to fend out men no matter how beautiful the woman is, or not; and no matter how handsome the men “fox” seducers are – Brenda was one.

Brenda revealed to me that on our wedding day when we registered and held our wedding celebration in Hong Kong Park, Alison her Scottish bridemaid’s husband’s good-looking friend hit on her. He whispered to her if Robert did not work out, he would like to go out with her. She told him off, and told me on the same wedding day. I felt damn good, and felt I didn’t need to do anything.

Brenda rejected USD1m Marriage Offer from a Saudi Arabia Oil Sheikh
When Brenda was barely 18, she was approached by a big Arab Bodyguard in Peninsula Hotel in Kowloon. He stuffed her pockets with dozens of USD100 banknotes. And when she refused but the bodyguard kept stuffing her pockets with cash and pointed to an Arab Sheikh wearing the finest haute couture high end suit.

The bodyguard told Brenda that she will receive USD10,000 to join the Sheikh for a meal and another USD1,000,000 immediately on accepting the Sheikh’s offer of marriage on the spot and leave Hong Kong immediately live with him in Saudi Arabia. After listening the whole pitch for a good 10 minutes, Brenda shoved all the USD100 banknotes back to the bodyguard and on to the ground, told the bodyguard to tell the oil Sheikh to go f#@% himself!

Brenda’s Sheikh Story is a real-life Indecent Proposal Movie
David (Woody Harrelson) and Diana Murphy (Demi Moore) are a loving couple with a bright future. David is a talented architect; Diana is a top-notch real estate agent. But when the recession hits, their finances take a nosedive. In a last-ditch effort to save their dream home, they head to Las Vegas to win their mortgage money gambling. After they lose everything, a mysterious billionaire (Robert Redford) offers the solution to their money problems: $1 million — if he can sleep with Diana. He takes the 1m, she sleeps with the billionaire thinking it’s just a one-off deal but a different story unfolds…. watch it.

I heard an indecent proposal story of a Royalty paying RM1m to sleep through royalty force with an actor’s beautiful wife… their marriage was never the same again.

There’s also another indecent proposal story of a Minister forcing an actor to divorce his wife for him to marry. The actor unexpectedly died 3 months from cancer. Call it Karma. 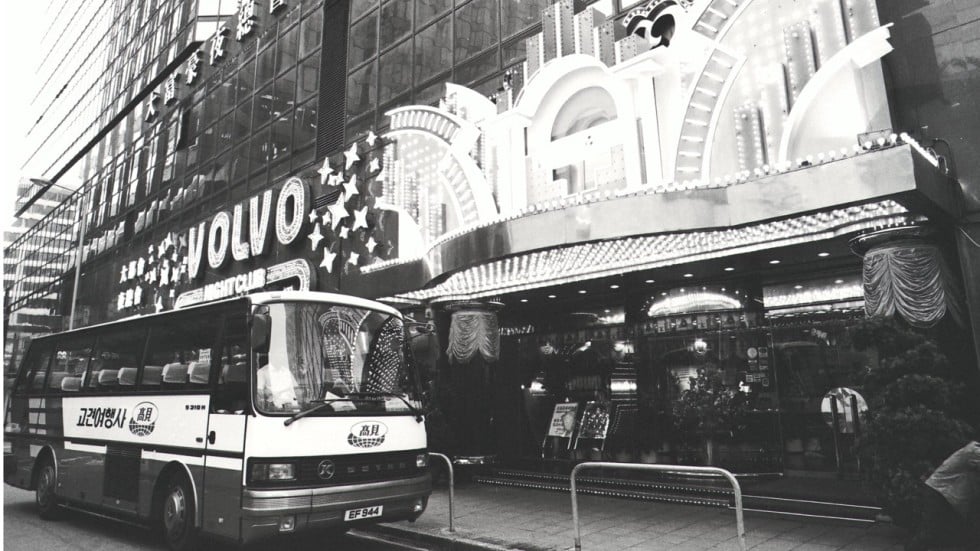 Brenda introduced her best friend, Mary to me early in our marriage. In the 1980s was the heady years of Club Volvo and the many nightclubs in Tsim Sha Tsui and Wanchai. Mary met Hideo the Country Head of Japan Airlines (not his real name) in one of the nightclubs. Hideo showered Mary with lavish gifts as he entertained his clients.

Mary became Hideo’s mistress. He bought her a condo in Hong Kong under her name, gave her a big monthly allowance, bought whatever she wanted, a Pekingese dog, and they had a daughter together. He was ultra-generous, a great stable provider, and good-natured plain-looking elite older gentleman. He would treat us a group of 8-9 Mary close buddies in Shangri-La buffet which is the best variety buffet in Hong Kong. I was the only guy in those buffets and swimming pool gatherings.

Brenda knows how to fend off all types of seductive men – sexy, handsome, rich, famous, and powerful men. Can you?

Too Many Insecure Men Unnecessary Try to Control Their Women
A bit of JEALOUSY is good for the heart.
But I am not ok about insecure men who demand that their wives or girl friends to stop all activities involving men.

The Case of a Celebrity Stopping a Rising Star Actress from Acting
A young Malay celebrity friend of mine ask me for advice about stopping his young aspiring and award-winning Actress wife from continuing her acting as some plot involves love scenes (obviously this is not Malaysia). I checked your Soul Numbers which had several Master Numbers including 55. I told him it’s no different from marrying a beautiful princess and keeping her in an isolated castle tower. Let her wife fly instead. I told him it’s bad Karma to stop his wife from fulfilling her dreams and career but he didn’t listen, like many insecure men. His own father let his celebrity wife continue her singing career and create her own cosmetics brand.

A scene from LuQman Movie about a triangle love with a famous poet, a young beautiful wife and an handsome assistant. Read my movie review click here

Advice to Older Men:
●  If you recently have been divorced, or become a widower like me, here’s some advice from an older guy to older men:
●  Q. What is the Game of Love for older men?
The Game of Love for older men is being an ALPHA MALE, pull your woman close to you and dominate her (even an alpha female would like to be dominated, protected by a strong character), be the decision-maker for food, trips, be badass (not a wimp). Know your worth, wisdom, knowledge, and vast experience compared to the green horns of young handsome men who has “no game”.
●  The dating game as changed, gone are the days of long-phone chats, although some women may still like Skype calls. Now most younger women prefer to chat or Sexting via Whatsapp, Wechat – use short one liners.
●  Don’t be creepy, or stalk women you just friended.
●  Move on, don’t get stuck on anyone, there are fishes out in the ocean of life…

Watch video 3 Reasons Why You Should Date Older Men:  https://goo.gl/aduJbS

I recently dated two ladies. One was a “Weak-Knees Houston”.
I didn’t plan it, it just happened by chance.

The first one was a beautiful virgin. She was a great kisser. I was about to make love to her and talked with her about safe sex – she asked me what was that!

But the biggest problem was she did not know how to fend off men. We were great compatible travel buddies. After 9 months we split as she had fallen for a tycoon’s handsome mixed-race son who kissed her as a dare from his colleagues during a colleagues night out.

She had super long fights with him who excessively controlled her yet he himself took 1 year to leave his girl friend. But eventually she married him as she didn’t want to suffer like one of her sister’s marriage to a poor guy. She did not marry for love – she married for material stability (I have no judgments about this).

She confided everything with me and I coached her on handling all types of customers. She saw how deeply in love I was talking about Brenda and she wanted what Brenda had with me. After 10 months, she found love with her hometown schoolmate and later got married to him.

Our last night together when we said our last goodbye was really tough… we both sobbed and hugged on the sofa, but we resisted with no last kiss. She was worried that I’ll be depressed, and said she would miss my wonderful touch, hugs, and spooning.

My First Kiss & First Teenage Girl-Friend
My first serious girl friend relationship. We were both 18 years old classmates in Form 6 (pre-university). He name was Mary. Mary was very smart with 8As for O levels from Main Convent School, Ipoh. Her mum was very elegant and beautiful who re-married a British. She was a teacher at a school 20 km away from our hometown. So on some afternoons I would drive to her place, make out but we never did it. The funniest thing was she was so shocked and puzzled when she first saw my manhood. She never knew it would point up. She had seen naked small boys and she imagined it would be pointing down?!

I guess I shouldn’t laugh at Mary’s naiveté, as the first time I understood sex was seeing a pair of dogs mating in front of my house. I was so shocked that my first reaction was “Are you telling me that Queen Elizabeth did that, nooooo!”

She fell in love after 9 months with her younger Drama co-actor in Oliver Twist School Drama, and dumped me without any closure. See I told you about “Weak-Knees Houston” girls.

The Girl I could have Married – predicted by psychics
My last love story is about Karen Ho who lived in 14 Jalan Siput 2, Taman Bilian, Cheras, KL. She was only sweet 16 (11 years difference) when she and her mum were students in my meditation centre. She was very beautiful but I was a Celebate who made a vow to god.

So I was in deep conflict about my feelings for her. We wrote old fashioned love letters. I still have 2 which my Dad gave to me years later as I left many things at my parents house when I uprooted to Hong Kong. She questioned my loyalty to Brahma Kumaris Raja Yoga Centre (I wrote an exposé of BKs).

Nearly all psychics from different schools of divinization had told me it was in the astrological stars to marry Karen. But it did not happen. We kept in touch when I uprooted to Hong Kong. Karen was the only girl I ever took home to visit my parents in Ipoh.

2 years ago a 19 year old intern worked with me – she had very similar vibes like Karen, and I felt very strong past lives vibrations. I tried to trace where Karen is and if she had died say 19-20 years ago… could this ex-Intern be an incarnated Karen I wonder…

Why Women should not be upset if their Men Looked at Other Women  https://www.youtube.com/watch?v=8rpZjbOgsLc

My Prediction of My Predestined Future Life Partner Characteristics:
My 6th Sense sense my future life partner may likely have these characteristics:
●  Believes in my passion, Twin Souls Mission
●  Feels totally secure when I talk about Brenda and her Whisperings
●  She is either on the opposite end of the spectrum: she is either a powerful strong Alpha Female like Brenda, or a soft gentle sweet soul like Michelle.
●  Probably she will be in the Performance Arts, a Singer, an Actor, or a News Anchor.
●  Born in the Chinese Zodiac Year of the Tiger or Boar.
●  Foreigner or Eurasian/ Amerasian living in USA or Canada.
●  In the age range of 28-35 when we first meet.
●  A cult member whom I help her to leave the cult  (Saving 72 Virgins Network)
●  Someone I meet through Afterlife Channel.
●  She will definitely be a Twin Flame whom I recognize from past lives.