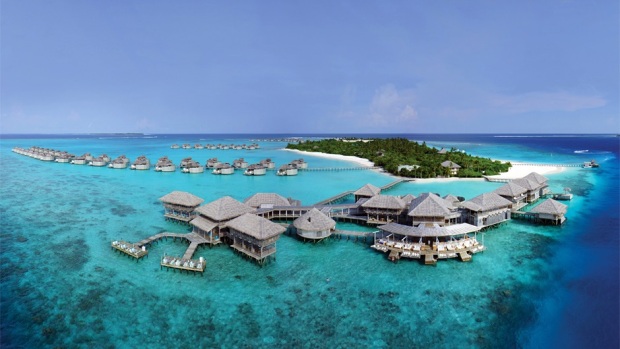 A new study published this week in the journal Health & Place has for the first time found a link between mental health and a view of the sea or ocean.

Carried out by researchers from the University of Canterbury in New Zealand and Michigan State University in the US, the study looked at a possible association between an increased visibility of nature and a lower level of psychological distress.

The team surveyed around 450 adults in Wellington City, New Zealand and used data on the visibility of “blue” space and “green” space from residential locations in the area.

Amber L. Pearson, one of the co-authors of the study, explained that the visibility of green space may not have shown the same positive effect as blue space because the study did not distinguish between different types of green space. Whereas blue space was all natural in the study, including the sea and ocean, green space included man-made area such as sports fields as well as all-natural forests.

“Perhaps if we only looked at native forests we might find something different,” said Pearson.

The team now believes further research is needed to confirm whether blue space can promote mental well-being in other cities, and if large fresh bodies of water such as the Great Lakes in the USA also have the same positive effect.

Pearson also believes that careful planning in highly urbanized areas, such as ocean views from high-rise buildings, could have the potential to improve mental health disorders, the leading cause of disability worldwide, according to the WHO.

The results follow a 2015 UK study showing that those who lived in areas rated as more scenic also reported better health. But while areas that were naturally green were rated as very scenic, and therefore linked with a high rating of healthiness, a scenic area did not necessarily have to be green.

“Just because a place is green does not compel us to feel better on its own,” said researchers. “It seems to be that the beauty of the environment, as measured by scenicness, is of crucial importance.”

I think putting wall pictures of a beach and sea can help mental health. Of course the bigger picture the better. But I think even a small desk photo of you with a glorious sunset or sunrise can have some subliminal effects.