Detecting the Characteristics of a Fox Seducer like the 9-Tailed Daji?
[Twin Souls Part 78]

Why you should understand about Fox Seducers?
Fox Seducers are all around in every area of society above 18 years of age – at least 5-10% are foxes present at any one time. Foxes have a big impact on people. There are good and bad foxes, male and female foxes of various levels of mastery who use seduction as a primary tool to get what they want. If you are physically attracted to a fox, he or she is likely to be a seducing fox.

What are 9-Tailed Foxes Daji?
Daji was the beautiful queen of the last emperor of Shang Dynasty over 3,000 years ago. In legendary tales and dramas, she was portrayed as a nine-tailed fox that transformed into human form. She is considered a classic example of how a beauty can cause the downfall of a family dynasty, presidency, business, or relationship.

What are the characteristics of a Seducer like Daji?
● A seducer can be a female or male. She can be a ruthless con-artist, blood-sucker, extortionist, swindler, or a blackmailer. She manipulates and gets what she wants through sex, fits of anger, deception, and attention to insecure victims.

Some Models, Celebrities, Air Stewardesses, and Beauty Pageant Contestants are commonly known to be “high class prostitutes” – concentrating on one (as a mistress) victim, or have a few sugar daddies in her fingertips and command.

● “A high maintenance parasite is a person who is
overly dependent and a drama queen or king.”
~ Whisperer Robert Chaen

A seducer can be addicted to Vices like luxurious lifestyle, shopping sprees, affairs, smoking, vaping, alcohol, gambling, drugs, prostitution, internet, gaming, and other forms of addiction. 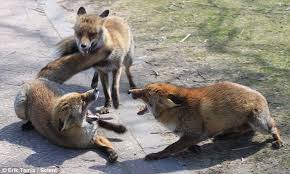 ● Foxes from different tribes are usually in competition and will try to out-fox the other.

● Foxes of the same tribe will scheme with each other to land their victims for every tribe member.

● If he is a male seducer, he is womanizer, a pick-up artist, a fox who camouflages and targets his prey in a “chicken den” such as a nightclub, association, or an office.

He may be a powerful politician, tycoon, rock star, or just an ordinary hustler executive. Quite often a male seducer may get seduced by a female seducer who is better at the seduction-dating game.

The above are well-developed Dajis.

I have met Newby Foxes (1 or 2-Tailed Foxes, age 21-23) the more tails the Fox has the more sophisticated and clever the Fox can stay hidden and undetected), and some Interns and Management Trainees who suddenly discovered the seductive lifestyle of a Fox and are willing to master the Art of Fox Seduction.

I’ve coached 3 to 5-Tailed Foxes attending my workshops. They tend to be in middle-management (age 25-35). These Foxes are more subtle in their seduction approaches.

The 6-8 Tailed Foxes are now very good at their seduction game and only experienced Foxes, Fox-catching Dogs, and Wolf Wizards can identify who they are.

Lastly the 9-Tailed Foxes are extremely hard to detect their seductive ways which are only seen by the victims. The general public have absolutely no clue that they are most sophisticated Seducers.

9-Tailed Foxes are usually sweet-talkers who promise the moon and the sky, power-brokers, two-headed snakes, or noisy religious hypocrites. They like to be associated and photographed with successful people.

So you suddenly realize you are a Seducer Daji, well… there’s still hope for you.

Note: Some 9-tailed Fox Dajis may choose to go from the Dark Side to the Light and become a “Kitsune” a benevolent Fox.

Learn How to Escape Seducers and Temptresses