Traditionally all religions talk about Karma in one version or another.

Karma is closely associated with the idea of rebirth in many schools of Asian religions. In these schools, karma in the present affects one’s future in the current life, as well as the nature and quality of future lives – one’s saṃsāra (the soul’s total history of past lives and reincarnation).

With origins in ancient India, karma is a key concept in Hinduism, Buddhism, Jainism, Sikhism, and Taoism.

In Islam it’s called qada and qadar. Christianity also teaches morals such as reap what one sows (Galatians 6:7) and live by the sword, die by the sword (Matthew 26:52). In Spiritism, karma is known as “the law of cause and effect”, and plays a central role in determining how one’s life should be lived. Spirits are encouraged to choose how (and when) to suffer retribution for the wrong they did in previous lives.

How we know of this without remembering we had the choice is ambiguous. Disabilities, physical or mental impairment or even an unlucky life are due to the choices a spirit makes before reincarnating (that is, before being born to a new life. [source: Wikipedia]

Previously I wrote about Your very tough periods in your life can be Karmic Life Lessons that you must pay. [Twin Souls Part 73]. Here’s an extended update and recap:

The first step to settling your 3 Big Karmic Debts is to identify them:

Most religious people are shocked when they find out through The Afterlife Channel that their religious discipline was or is actually a PENANCE – a settling of Karmic Debt from previous beforelife lifetimes – possibly from living a life of over-indulgence, decadence, addiction-abuse, cruelty to animals, or even from violence, murder, war, abuse, rape, theft, corruption and other crimes.

And in this current lifetime they are now paying off their past life Karmic Lessons / Karmic Debts through severe religious, military, sports, or physical discipline – even vegetarianism and celibacy are likely to be forms of penance for past bad karmic actions. 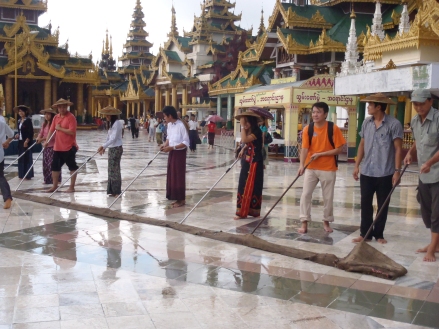 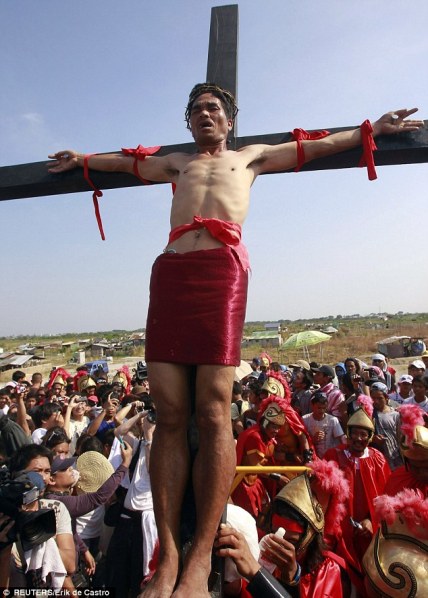 Religious Self-Harm: Annual Easter Crucifixion Rituals around the world such as in the Philippines are a penance for blessings for a better life for one’s family or oneself, prayer answered, or to receive God’s grace for past bad deeds. 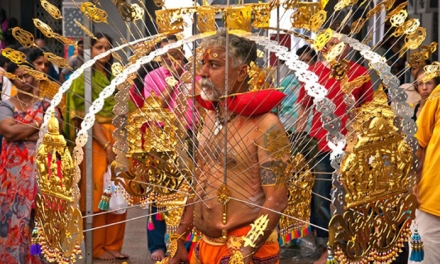 Thaipusam is an annual sacrificial penance for prayers answered or to settle Karmic Debts from past lives.

“Jihadist/ Suicide Bombers are not martyr heroes – in fact suicide bombers who kill in the name of God will receive 10,000 Return of Bag Karma Debt.”

It’s best to confess to a priest, Karmic Whisperer, or have the courage to admit it publicly and the Truth will set you free. For example, many victims of sexual harassment felt liberated when they confessed publicly as in the shocking case of Hollywood film mogul Harvey Weinstein, who is accused of rape and abuse dating back decades.

#4  ● “War/ Military Karmic Debt” – this is a collective debt of warring countries.
The Mass Killings of 1965-66 of 500,000 to over 1million by Suharto and his army
will have to pay for their atrocities in Purgatory (The 5th Dimension), and/or in future incarnations. 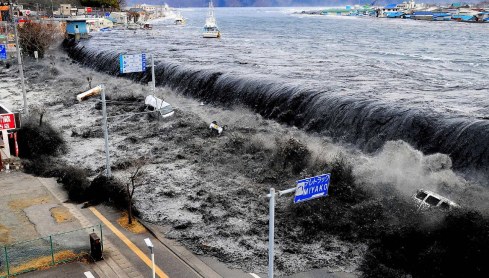 #5  ●  “Relationship/Betrayal Karmic Debt” – when you had huge fights or very intense relationships (you are likely settling “Karmic Relationships” with a specific individual); when you break someone’s heart; being controlled by an authority figure, parents, spouse, boyfriend/ girlfriend, parents, ruthless boss.

#6  ●  “Marriage/Love Relationship Karmic Debt” – be warned: as parents if you stop a true love of your child, or your choice of arranged marriage fails, the Karma is on you. 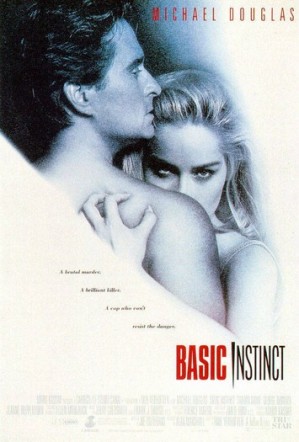 #7  ●  “Daji 9-Tailed Fox / Sexual Karmic Debt” – when you are seduced by either a female or male Daji.
Read full article on The Mythological Seduction by Femme Fatale Foxes Daji. 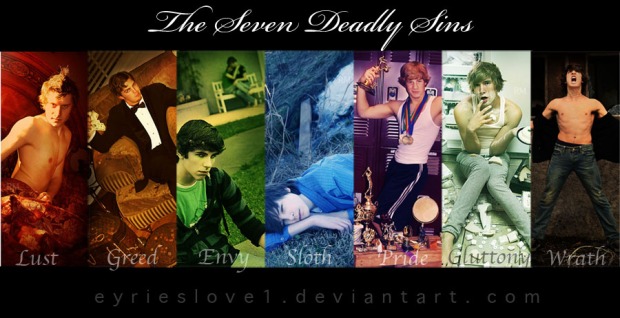 #8  ●  “7 Deadly Sins Karmic Debt” –when you are you are a Slave to the 7 Deadly Sins are Lust, Gluttony, Greed, Laziness, Anger, Jealousy, and Arrogance. 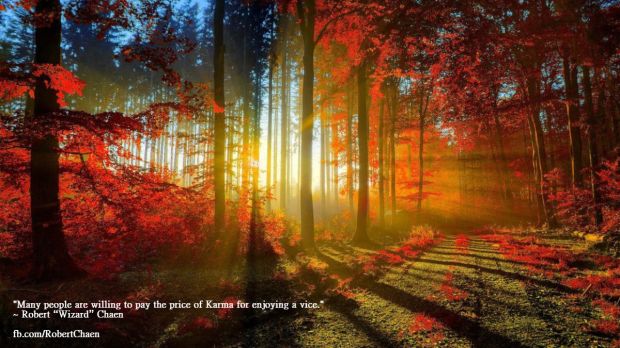 “Many people are willing to pay the price of Karma of enjoying a vice.”
Example 1: Smokers are willing to pay the price of Health Karmic Debt of potential lung cancer. I’ve heard about my crossed over wife Brenda’s Ah Vor (Portuguese for Granny) was a chain smoker and lived until over 90 years old. So she didn’t pay a heavy price for smoking, while someone who suffers from passive smoking might young from lung cancer.

Example 3: You could “cheating” when you are willing to pay the price of spending excessive time on your business or spending many hours on surfing the net and Facebook.
Object affairs happen when the cheating partner focuses his or her time and energy on something other than the relationship. It could be work, social media, or even your smartphone. Read more on > Couples beware: Here are 3 types of infidelity other than sex!

Famous Celebrities who have mental illnesses

#12  ●  “Death Karmic Debt” – grieving from death of loved ones, seeing your loved one die. 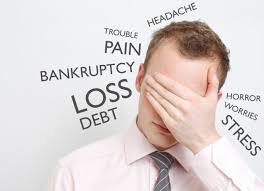 #14  ●  “Business-Financial Karmic Debt” – when you suffered any forms of financial set back (business closure, business partner cheating, loss from a monetary con-job, corruption backfiring); or you karmic-owe to angel investor.

#17  ●  “Friend/ Relative Karmic Debt” – when you were betrayed by someone really close (you may have owed this person in some past lives).

#19  ●  “Charity/ Association Karmic Debt” – when you inclined to help build or donate to temples, mosques, churches, or religious worship places.

#20  ●  “Boss/Politics Karmic Debt” – when you are being controlled by an authority figure or ruthless boss; facing tough politics, being controlled/suppressed by a boss, team conflicts.

#21  ●  “Extreme Discipline Karmic Debt” – when you lived a “Karmic Prison Time”, a very strict disciplined life, tough military life (you may be paying for your past violent acts), vegetarian diet (it may be a sign that you abused animals in the past, or you saw animal sufferings and made some life choices), celibacy vows.

#22  ●  “Teacher Karmic Debt” – teacher can be in many forms for example school teacher, lecturer, supervisor, religious or spiritual teacher. 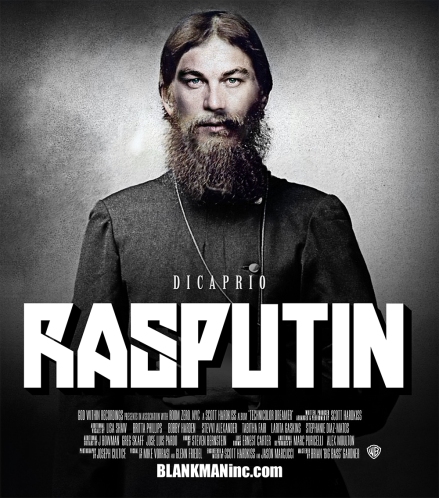 #24  ●  “Animal Karmic Debt” – animals such as dogs, cats, birds, and even wild animals are known to have saved the lives of their owners; killing of animals without God’s or The Great Spirit’s blessing; killing for dogs, elephants (ivory trade), shark fins, and endangered species. In another life you may have to pay for your punishment by serving a zoo or animal conservation like WWF.

#25  ●  “Country/ Political Karmic Debt” – normally we pay back nearly 100% in terms of our paying our income tax. However, say if a governmental search and rescue found you, your karmic debt will be higher. That’s why many people unconsciously work for government departments for many years – they seem to owe their government, police or military.

#27  ●  “Corruption-Crime-Cronyism-Torture-Scandal Karmic Debt” – if you are a President, Prime Minister, Pope your return of karmic return is 10,000-fold than normal.

Read my Karma Love Story and how I had to pay  for my Religious-Extreme Discipline- Vice Addiction Karmic Debt with 10 years of my youth by living an extremely austere, hard disciplined, celibate life, no sex, wake up for 4am meditation, strict vegetarian.

SHARE this article if you like others to help others identify and get out of their
You are most welcome to share this article in your social media or website with only 1 term & condition: acknowledge this http://www.RobertChaen.com source and author Robert Chaen.

“The Secret” – what they don’t teach you in the bestseller
The Laws of Attraction mentioned in THE SECRET will not work if you have not settled your Big 3 Karmic Debts.

The moment you identified your Big 3 Karmic Debts, you’ll feel relieved and feel a significant release of karmic burden. Your life will progressively get easier, be less painful, and you’ll attract incredible abundance in all life areas.

Settling your Big 3 Karmic Debts will be your biggest break you’ve been waiting your whole life.