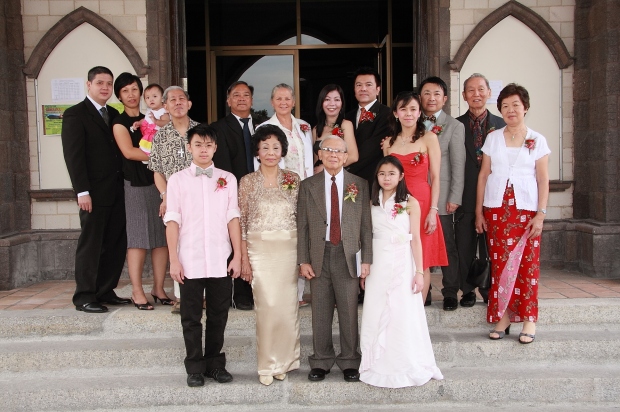 Exactly a lunar year ago, my Dad crossed over on the first day of Chinese New Year (CNY) at 12:03 am. For a whole year Mum longed to see a definitive afterlife sign from Dad. None came except for my Mum dreaming about Dad until…
on Chinese New Year Eve night when Mum sensed a visit by Dad at around 2-3 am.

It was the 7th February 2016, in a very cold winter night in Hong Kong. Both my Mum and Jimmy, my second brother are having a winter stay with Andrew, my third brother. Coming from Ipoh our hometown in Malaysia, the two of them were not used to the inside-your-bone damp cold of Hong Kong. Jimmy who is mentally and physically handicapped from young went to the toilet. He does not know how to tuck in a blanket as his hometown is tropical and there are no air conditioning in his bedroom. Mum was too cold to get up to tuck him in, and instructed him to do it himself but he is hardly capable of doing it.

Mum woke up the next morning on CNY and saw to her surprise that Jimmy was perfectly tucked in with 2 thick layers of blanket. She sensed this was an afterlife visit by Dad after 1 year. Then she immediately recalled that she heard “chit chit” at the time of Jimmy coming back from the toilet. This sound was what Dad would always tease Mum only at any time of the day. So this was a double confirmation of an afterlife visit which really made her happy, protected and cared for.

Mum had previously shared her afterlife experience from her own mother a day after Grandma crossed over. She was a Taoist then but after my Grandma’s crossingover she had planned to convert to Catholicism.

Mum had put some incense sticks for prayers for Grandma. Now almost all burnt incense sticks will break up in many parts as the incense stick is slowly burnt down to the stem but that day my mum saw a perfectly unbroken circular burnt  incense. To my mum it’s definitely an afterlife sign from my grandma which was very comforting for my mum.

Note: Afterlife signs or afterlife visit encounters from “Guardian Angels” are very PERSONAL and would not mean anything to others including myself. But afterlife signs from guardian angels are very real and bring much meaning, comfort, and completion for the loved ones.