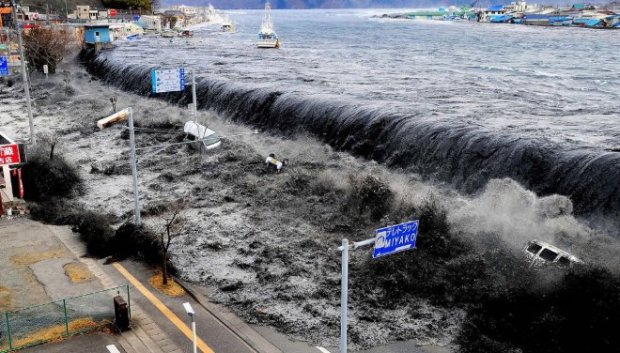 3 Greatest Heroic Human Sacrifices
Remembering the greatest acts of self-sacrifice the world has ever benefitted from, in the spirit of Aidil-adha

No ‘I’ in selflessness

Malaysian Muslims celebrate Hari Raya Aidil-adha today, an observance which commemorates Prophet Ibrahim’s willingness to sacrifice his beloved son as an act of submission to Allah. In spite of his personal misgivings as a father, the Prophet unquestioningly proceeded to carry out the onerous task of slaughtering Ismail, but was spared the horror at the last moment when Allah substituted his son for a ram. Prophet Ibrahim’s bravery in the face of unspeakable torment is deeply honoured and held up as the ultimate act of self-sacrifice.

Less reflected on in this story is young Ismail’s own selflessness – for he, too, submitted willingly to Allah’s commandment. After receiving his divine instructions, Prophet Ibrahim consulted his son on whether he was willing to give up his life in fulfillment of Allah’s command. Ismail responded: “Father, do what you have been commanded”. His reaction showed deep maturity, courage and a tremendous love for his father and Allah. It was an instance of self-sacrifice that was arguably unprecedented in history.

Since Prophet Ismail’s brave act centuries ago, there have been many instances of mere mortals sacrificing themselves for the sake of others. Some have become legendary exemplars of selflessness and bravery, and the men and women who gave up their lives to ensure that others (in some cases, MILLIONS of others) survived, are rightfully honoured in the annals of history. Here are some of humankind’s greatest heroes who are inspiration to us all:

The worst nuclear accident in history still scars our collective memory – and, quite literally, the earth – but the disaster at the Chernobyl nuclear power plant could have been much worse were it not for the actions of three men. In the early hours of the meltdown, it was discovered that radioactive material was in danger of leaking into a pool of water – had this been allowed to happen, a massive explosion would have occurred, releasing thousands of tons of radioactive material into the air and killing millions, not just in Ukraine, but across Europe.

The only solution was to drain the pool – but someone needed dive into it and twist the gate valve open (and be exposed to massive doses of radiation in the process). In spite of the suicidal nature of such a mission, three Chernobyl reactor workers stepped forward to take on the task – Alexei Ananenko, Valeri Bezpalov and Boris Baranov. They all leapt into the pool in scuba gear and eased the release valve, allowing the trapped water to drain out. All three returned to the surface suffering severe radiation poisoning and succumbed to their horrific injuries soon after. They were later buried in lead coffins with the lids soldered shut.

Following a massive 9.0 earthquake – the third largest in recorded history – which struck northeastern Japan in 2011, a massive tsunami, with waves of up to 40.5 metres, was barreling straight for the coast of Tohuku, along which many towns, villages and the major city of Sendai lay. Choosing not to evacuate and carry out their duties, two government risk management officials stationed themselves at key points near Sendai and continually broadcasted warnings and instructions to the public that helped direct thousands to safety. Even as they saw the massive waves approaching, both Miura and Endo stuck to their posts, and continued broadcasting until their dying moments. Almost 16,000 people were killed in the earthquake and ensuing tsunami – but were it not for the sacrifice of Miura and Endo, the toll would undoubtedly have been much higher.

The scientists of Leningrad

As part of their invasion of Russia in 1941, Nazi forces laid siege to the city of Leningrad (now St Petersburg) and began choking its two million residents of its food supply. In one part of the city, however, a group of scientists was surrounded by an immense amount of food – but chose to starve to death in order to protect their precious stockpile.

When the invading Germans first poured into Leningrad, scientists at the Institute of Plant Industry barricaded themselves inside vaults containing the greatest seed collection in the world. The siege dragged on for an astounding 900 days, and saw thousands of Soviet citizens starve to death – but the scientists were able to hold the rampaging Nazis at bay. In spite of their treasure trove of edible materials, the heroic scientists – including botanist and peanut specialist Alexander Stchukin – began dying of hunger, one by one, some of them at their work stations. None of them touched the tons of food that could have easily saved their own lives. As a result, future generations of Russians were able to be fed.

Q. Would you sacrifice for another human being or animal?

“Angels in Disguise”
We have heard of many stories of sacrifices in real life, or in films. People who had values like love, truth, humanity, and patriotism who were willing to sacrifice one’s life or incur major personal injuries to save others, and often times strangers. Like the “red bandana man” Welles Crowther who reportedly saved as many as 12 people in the South Tower during the September 11 attacks, during which he lost his own life.

I’m not talking only about firefighters, search and rescue crew, army officers, or uniform personnel who sacrificed so that their country can live in peace, but ordinary people who unconsciously chose to sacrifice their lives at a moment of danger or great need. The return of good Karma will be thousand-fold.

These are real life angels in disguise, heroes who protect humanity, just like guardian angels protect us from danger.