Miss Hong Kong pageant winner Louisa Mak Ming-sze hopes to combine traditional virtues with the “independent character” required for a modern woman, having overcome the setback of failing to win a scholarship to study in Britain despite being a straight A student.

Mak, a Cambridge law graduate, was crowned Miss Hong Kong this year on Sunday after winning 166,000 votes of 231,000 cast by viewers.

The 23-year-old said during an interview with TVB, which organises the annual pageant, that she was fond of taking up new challenges, adding the biggest disappointment in her life was her failure to obtain a scholarship to study in Britain, before she went to Cambridge.

“If it was not my score sheets, it must have been my performance that had problems. I think this is why I am not happy with that. I feel I failed to do well in the interview. It dealt a blow to my confidence,” she said.

“Looking back it however was a good thing, a good lesson in life,” she added.
Mak flanked by first runner-up Ada Pong (left), and second runner-up Karmen Kwok. Photo: Felix Wong

How Secure is Your Digital Identity?
Check out the EIU’s Safe Cities Index here.
After graduation from Cambridge last year, Mak returned to Hong Kong and worked as a local newspaper reporter. She said the job allowed her to explore different issues in the city.

“I wanted to experience and know what exactly Hong Kong needs. Then I would like to see if I can have some participation,” she said. “I hope to learn more … and hope that this can encourage more attention on those topics,” she said. 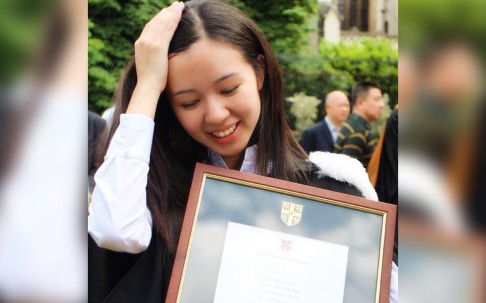 She said today’s women were expected to develop traditional inner virtues such as intelligence, conscience and elegance and at the same time be self-reliant.

“We also need to be independent. This has made it difficult for some women to develop their character,” she said.

Mak caused some buzz during the competition’s second round of interviews in June when she did not answer a question about Hong Kong’s political reform package. Mak, however, said she believed in democracy and the freedom to vote. 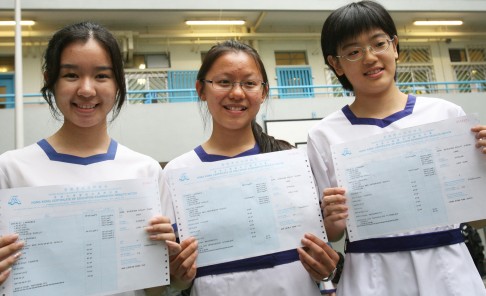 Louisa Mak (left) got straight As in 2009. Photo: SCMP Pictures

In 2009, the former Diocesan Girls’ School student talked to the press after she scored 10 As in the Hong Kong Certificate of Education Examinations (HKCEE).

Mak told reporters at the time that she would like to become a politician and even the Hong Kong chief executive one day. “I want to become an influential [person], not only for the pay,” she said at the time.

When asked again in the interview, Mak said: “[This will be] something in ‘N’ years. It is hard to know.”