Who is God?
Who am I in relation to God?

A deity, goddess, idol, angel, and religious founders are representations and interpretations of God, but they are not God.

God has no shape, gender, age, or form.

God is often seen as light or an inner voice but that’s how humans interpret and relate to God.

Sensing The Spirit Universe Beyond the 5 Senses
You can sense God, Angels, and departed loved ones in the Spirit World similar to the 5 human senses, but it is not physical.

For example you may “hear” the most melodious Azan (the Muslim call to prayer), the most celestial hymn, a door bell, chiming, a favorite song – yet some or all others will not hear it at all since it’s not physical.

You may “see” a vision, a light, an apparition, colors, auras, shapes, dreams, and symbols – but others will not see it at all.

You may “smell” the scent of a departed love one, an uplifting floral smell (however, a bad foul smell may be some bad spirit nearby).

You may “feel” warmth or coolness, wetness, a moving sensation on your skin, a chill down the spine, a breath, a gentle touch or hug – yet there is no one out there.

You may “taste” sweetness in the air or tongue, honey, chocolate, sourness, or saltiness – yet there is nothing in your mouth.

Humans and religions give God many names and godly virtues like love, compassion, mercy, and truth.
But these “godly virtues” are actually human virtues.

God and Angels have no karma.
Only souls in bodies have karma and karmic experiences.
The return of good or bad Karma can only be experienced through a body.
Therefore, there is no karmic experiences in the Soul/ Spirit World/ Nirvana since
souls there have no bodies, no human activities, and no karmic punishments.
Hence, the meaning of Rest In Peace.As the total number of human beings on Earth, that is how many gods there are.

Even for a human who doesn’t believe in God, but he still has his “god-masters”
in the form of anger, laziness, envy, food, addiction, hobby, sex, money, or power.

Does God and Angels answer prayers?
Yes, of course. All through human history.

The above is how God and Angels are experienced on Earth and by human beings.
The experiences of God with life forms in galaxies far away are very different depending on the level of consciousness and body types…

“Religions open many doors to spirituality, Angels, and God. But religion is someone’s enlightened direct experience. Through the open doors you have your direct experience with God only  with no human in between as God has no religion.” ~ Robert Chaen 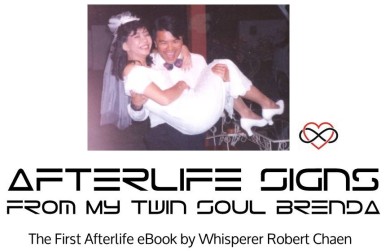