As official intentions to enhance the mainlandisation of Hong Kong become more pronounced, small but telling “local” identity markers are assuming a disproportionate importance for many people.

Asserting food culture ownership is just about all Hongkongers can now do to meaningfully control their lives and destinies.

One example is “Hong Kong-style” milk tea, made with tinned evaporated milk and tea dust. This so-called local drink has assumed an iconic status among the identity-challenged.

All too often, an uncritical embrace of randomly collated outside influences defines the Hong Kong character. “Local traditions” evolve almost overnight, like mildew on a damp wall. Combined with a shortterm collective memory, they soon become an inalienable part of the local scene.

But how “local” is it? Before widespread refrigeration, fresh milk was difficult to obtain and – most importantly – a significant health risk. Much less widespread today, due to the universal pasteurisation of milk, tuberculosis was a worldwide scourge until half a century ago.

Even in places where ultrahygienic modern dairies operated, such as in the highlands of Dutchruled Java and Sumatra, in Indonesia, the price of fresh milk was prohibitive for most people, and beyond the purchasing power of most soldiers and policemen.

Military personnel were officially prevented from eating certain foods to safeguard their health; lest anyone think that humanitarian concern was the principal motivation, servicemen’s lives were contracted to the state, and their training represented a significant public investment. 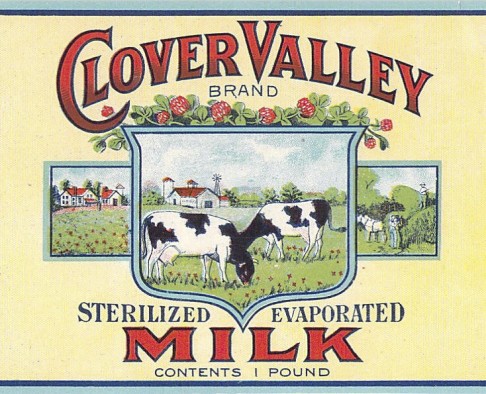 Clover Valley evaporated milk was popular in the 1930s.

Tinned milk was safe from tuberculosis due to the preservation process, and was used instead of the more expensive, and not always reliable, fresh alternative.

Meanwhile, Indian-grown tea dust was cheap and produced strong caffeine- and tannin-rich brews. To make them drinkable, they were cut heavily with milk and sugar, and strained through a fine cloth or silk stocking to eliminate grit and twigs.

Along with other now universal “local” staples, such as tinned pork luncheon meat and corned beef, this drink only became popular as a consequence of the British garrison presence. 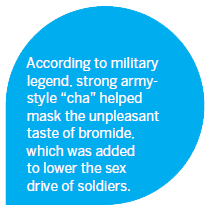 All of these items could be stored almost indefinitely, whatever the climate, and survive rough handling, too. They were mass produced in places with significant agricultural industries, such as Australia, meaning prices remained low.

And no-one ever noticed when a few cases “fell off the back of a truck” somewhere … Tinned butter was also popular, and – no doubt, to the surprise of some – it remains so, still being available today in the supermarkets of Hong Kong.